Award Shows: Why Does Christian Music Have Them? 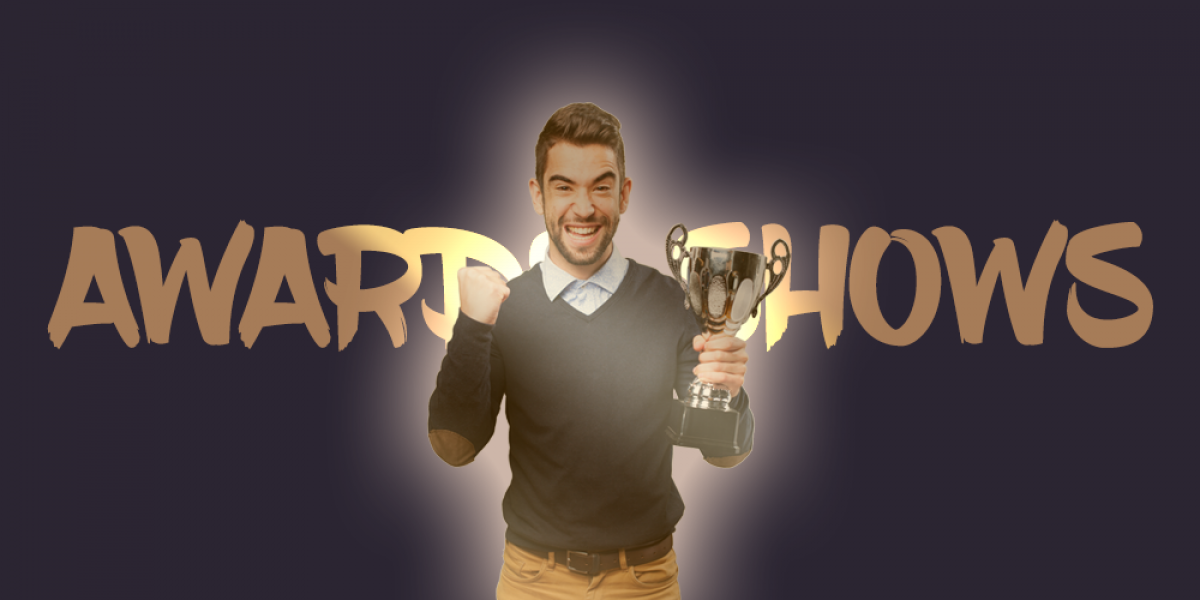 For decades, award shows have played a role in the American entertainment industry. Professionals from the areas of music, film, TV, and more gather together each year to honor the creative people who are doing the best work in their respective fields. Believe it or not, Christian music has been handing out awards for a long time as well. The first GMA Dove Awards was nearly 50 years ago. Since then, other awards and honors have been added like The K-LOVE Fan Awards, which is celebrating its fifth year in 2017.

You might wonder “Why does Christian music even need an award show? Shouldn’t the focus of the music be on something else?” The simple answer to that is that there is nothing inherently wrong in celebrating the artists and music that affect the lives of millions of believers across the globe. To unpack why Christian music has award shows, let’s go over a few points.

There’s a reason why most people, at some point in their lives, have acted out an acceptance speech in front of the bathroom mirror. There’s also a reason why the Academy Awards has three hours of red carpet coverage. Simply put: award shows are fun.

Even if you aren’t into the entertainment industry, the red carpet can be a fascinating time to see new fashion ideas you’d like to imitate or not-so-great wardrobe choices that you laugh at with your friends. It’s also a great time to learn more about a celebrity with whom you’re not that familiar.

The ceremony itself is specially catered to be entertaining for both the people at home watching and those in attendance in real life. If you ever have the opportunity to go to a major award show, we suggest you make it happen. There is an excitement in the air when you watch something like the Grammys or the Oscars. Amazing performances, special tributes, and a whole lot of jokes. What’s not to enjoy?

No matter if you attend one of the nationally broadcast award shows or not, it’s fun to dress up and experience a room full of people hoping to be named the best in their field.

Every Industry Hands Out Awards

Entertainers and celebrities don’t have a monopoly on award shows either. Architects, car manufacturers, and advertisers are only a few of the jobs out there that also hold special ceremonies each year. It is the natural tendency of any profession to award the people who are excelling at what they do.

Sure, there may not be a lot of celebrities at these events, but that’s not really a prerequisite for awarding achievements. It just so happens that the entertainment industry employs celebrities, which means they have to make an appearance. Award ceremonies are a vital component of any industry, so it only makes sense for Christian music to have them as well.

It’s easy to watch one of these big productions full of dazzling celebrities and think to yourself about how much the world suffers from raising these actors or musicians on such a high pedestal. Watching a bunch of millionaires wearing outfits that cost roughly the GDP of a small country pat each other on the back may be distasteful to you. That’s easy to understand. However, there’s so much more to award shows than just selling you on prosperity and wasteful spending. In fact, most award ceremonies are more laid back and sensible in their elegance.

For instance, fan-voted award shows often have a dress code that looks more like a Wednesday night church service than a scene out of a James Bond film. Many award shows focus more on the exciting atmosphere and creating a fun-filled program. Glamour is often reserved for only the most high-profile of events.

When you look past the image that a lot of these industries are trying to sell you on, you’ll also find that there’s more to their underlying message than simple affluence. This is usually found in the lifetime achievement or humanitarian awards that are given out at some events. Acceptance speeches often become a highlight of award shows because they feel authentic and break a multimillion dollar production down into a room full of people who used to be young dreamers.

Christian award shows take this a step further by keeping in perspective the reason why we are all here. At the 2016 K-LOVE Fan Awards, Louie Giglio shared a message that resonated with an audience that ranged from Grammy winners to everyday fans.

Earlier we mentioned professions like advertising and car manufacturing and the award ceremonies they are involved in. No matter what industry you take part in, talent and achievement should not be overlooked. Having awards like these give people something to aspire toward. Can you imagine a world in which you weren’t allowed to get excited over a big achievement or promotion at work? It sounds like a great way to kill the drive to work hard.

It’s incredibly difficult to make it in the music business. It doesn’t matter what your skill set is, where you live, or what genre you perform in. There are so many people looking to make it big in this industry. Just look at all of the contestants from reality singing competitions who didn’t become famous after the show ended. That’s part of the reason why we honor these musicians each year.

Another aspect of making music is the fans who buy tickets to your show. Christian music changes lives. There are countless stories out there about people going through a hard time who heard just the right song on K-LOVE and it helped them overcome their trial. While God certainly plays a role in all of that, it just makes sense to recognize musicians for their work ethic and talent in making it this far.

Sticking with the fans, the people who really love award shows are those who spend a good deal of their time enjoying the products made by the people being celebrated. Award shows are fun in and of themselves, but it’s that much greater when you actually know all of the nominees and their material.

Fan-voted award shows like the K-LOVE Fan Awards give everyday people the opportunity to see many of their favorite artists in one place. On top of that, there are a number of performances and special moments that you wouldn’t get to see at any regular concert. Even if you can’t personally make it to an award show, there’s a good chance you’ll tune in on TV if it’s a medium of entertainment that you enjoy.

Award shows are fun, they recognize talented people for their achievements, and they resonate with the fans. It’s no wonder why Christian music also takes part in these special events. If you would like to find out how you can attend the upcoming K-LOVE Fan Awards, click on the link below.