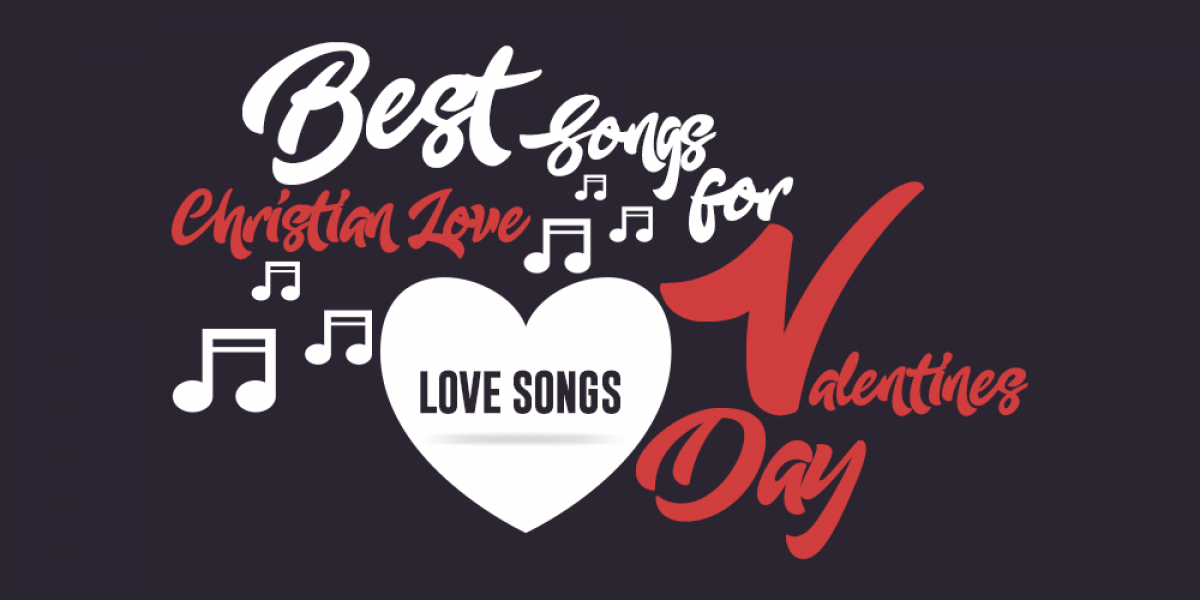 Christian music has many different applications for believers. We often think of the genre as simply music we hear on Sunday mornings, but there is actually quite a bit of diversity out there. While it’s great to find new worship songs that help us draw closer to the Lord, there are other aspects of life that sometimes need a little encouragement. When it comes to Christian love songs, many of the popular artists today have recorded at least a song or two.

Relationships, specifically marriage, play an important part in the Christian walk. We know this because God often uses the analogy of a marriage when speaking about His relationship with the Church. Having healthy relationships is a vital aspect of a happy life. Let’s take a look at some of the best Christian love songs out there.

“God Gave Me You” - Dave Barnes

As sure as the sun setting in the west, we know that life has its share of tough times. How we react to these trials somewhat defines who we are. While every one of us can rely on God to give us strength, wives and husbands know that they are often needed to help their partners through this difficult time.

Barnes’ “God Gave Me You” is a song of recognition that he would not be the man he is today without having his wife. A lot of the singer/songwriter’s music has to do with relationships, so if you like it, there’s more where it came from. On top of his other albums, he also made an EP titled “Hymns for Her” that is a collection of love songs.

“I Will Be Here” - Steven Curtis Chapman

Another artist who has devoted an album to love songs, Steven Curtis Chapman’s late 80’s “I Will Be Here” is one of the most recognized Christian love songs out there. The song is a promise to his wife that, no matter what happens throughout their lives together, he will always be there to experience it with her.

“I Will Be Here” has remained one of the artist’s most popular songs over the years despite having released well over a dozen albums since its initial release. A simple acoustic track with a little piano and strings accompanying, this is one of the Christian love songs that has stood the test of time.

Moving on to a track that’s a little more recent, this 2014 song from Casting Crowns captures the tone of a marriage that is in trouble. Christian love songs are typically written from an emotional place at the beginning of a relationship or after making it through a difficult time.

“Broken Together” is a little different in that it takes place right at the breaking point. There has been damage done and the situation is tense, but we are not too far gone. Acknowledging pain and mending wounds is a big part of making it through life together.

“When God Made You” - Newsong

Like “I Will Be Here,” Newsong’s “When God Made You” is one of those Christian love songs that has been a favorite for Christian music fans over time. Released in the mid-90’s, this song ponders what God was thinking when He made that special person for your life. Did He know all of the issues you were going to face and the kind of support that you’d need? The obvious answer is “yes,” but it can be a little hard for us to imagine just what kind of planning God is capable of.

“When God Made You” had an updated rendition with Natalie Grant and the Newsong guys around a decade after the fact. No matter which version you like, it’s a nice sentimental throwback song.

“Love Is Not A Fight” - Warren Barfield

A common theme that you’ll find in both Christian love songs and in secular music is that relationships often have their rough patches where you want to pull each other’s hair out. Sometimes the struggle is a little more subdued than that, but you will sometimes feel at odds with your significant other.

Warren Barfield’s ballad here shares that you have to fight for your marriage sometimes, but your spouse isn’t the opponent. Featured in the movie “Fireproof,” this song is a reminder that the important things in life often take time and effort to fix.

“We Will Dance” - Steven Curtis Chapman

Like we said before, Steven Curtis Chapman has a whole CD titled “All About Love.” It’s kind of hard to not put a second song from the singer’s large catalog on the list of Christian love songs.

Like “I Will Be Here,” this song looks at marriage over the span of a lifetime. There will be times of pain and miscommunication, but when it’s all said and done, both sides of the marriage will come back together for the joy of the good times.

Singer/songwriter JJ Heller has made a career out of bubbly coffeehouse music and heartfelt lyrics. Often writing about relationships and personal struggles, Heller’s music comes across as authentic and warm.

“When I’m With You” is a traditional love song about the impact your significant other can have on you. Technically, Heller wrote it about her daughter, but the tune works well as a love song. Since most Christian love songs deal with enduring hard times, it’s nice to have a romantic song that is pure bliss. Here’s JJ Heller performing the song at K-LOVE.

Mark Schultz is an iconic singer and writer for Christian music. Some of his biggest hits are “I Am,” “Remember Me,” and “He’s My Son.”

“1,000 Miles” is another one of those traditional love songs that speaks on what a man would do for the one he loves. Schultz has a great voice for emotional songs, making this one all the better.

Matthew West is a singer with a warm personality who often sings songs that are full of hope. For instance, “Grace Wins,” “Mended,” and “Do Something” are all soul-stirring songs that will get you out of your seat.

On top of uplifting songs like these, West also put out a few Christian love songs as part of the Next Great Love Song partnership with K-LOVE. Among these love songs are “When I Say I Do,” “Hold You Up,” and “Waiting For You.” All three of these are good love songs that you can enjoy on Valentine’s Day, an anniversary, or any other time of year.

Churches often remind men that they are to be leaders in the home. One of the special responsibilities of a husband and/or father is that the state of the family falls on his shoulders. Sanctus Real has a very encouraging song here for husbands and wives. With everything that is going on in life, it can be easy to neglect or, at the very least, set your family on autopilot. “Lead Me” is a great song for those in relationships and married couple’s who are starting their own families.

As one of the popular female voices in Christian music, Britt Nicole has found her place as a role model for young girls. She has also developed a sound that goes well with what’s popular today in music.

Nicole’s latest self-titled album is a bit more mainstream pop than the other Christian love songs on this list. For the sake of variety, though, “Fallin In Love” is a song about relationships that sounds a little more upbeat than most romantic songs. It might be just the thing to add to your playlist.

In Christian music, there are worship songs, hymns, rap mixes, folksy singers, and more. There are likely some other Christian love songs out there that you enjoy, but we wanted to give you somewhere to start. At the K-LOVE Fan Awards, we strive to celebrate the biggest achievements in Christian entertainment each year. All of your favorite Christian bands, actors, athletes and more come together to provide the ultimate fan experience. To find out more about how you can attend, click on the link below.