Review of the Best New Christian Movies of 2016 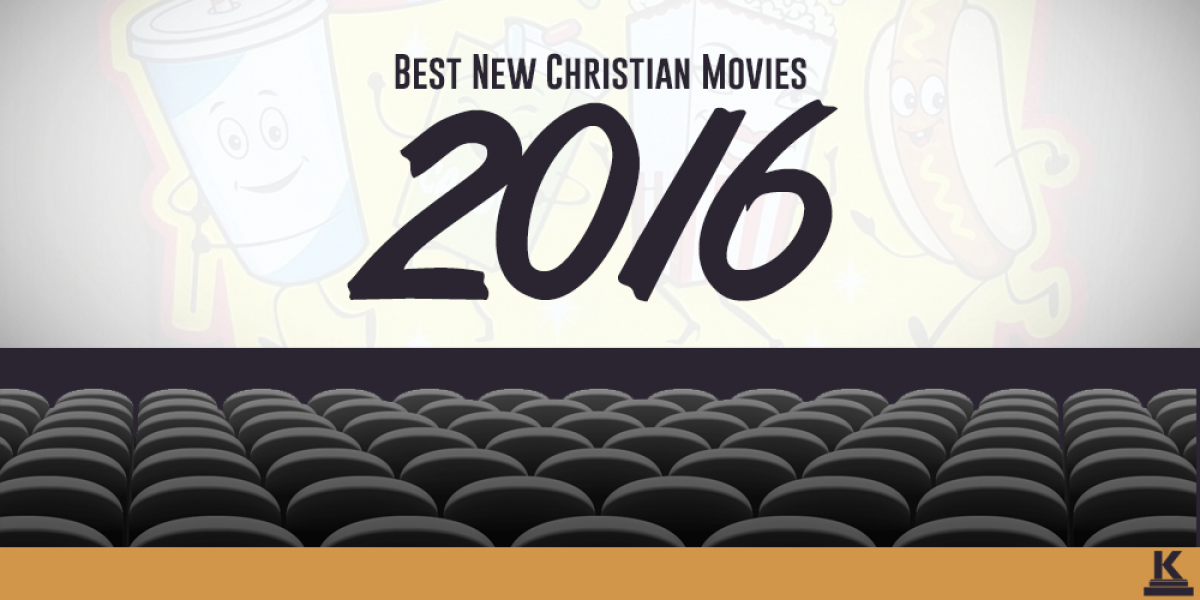 The world is full of entertainment options these days. Between Netflix, basic cable, network TV, and Internet, it can be hard to find the best viewing options for your family. You may be asking yourself, “Where can I find the best new Christian movies?”

We know what you mean.

With more cable channels and web series being produced each day, it can be hard to keep up with the latest movies coming to a theater near you. To help you and your family find your next favorite faith-based film, we’ve compiled a list of some of the biggest christian films of 2016. These stories range from Biblical tales to inspirational sports films to family dramas based on a true story.

Here are a few of the new Christian movies that caught our attention in 2016.

It shouldn’t be a surprise to anyone that a Christian movie is pulling inspiration from Biblical events. With so many amazing stories in the Bible, it’s a common occurrence to find the same stories shown on the silver screen.

With “Risen,” writer/director Kevin Reynolds tells a story that isn’t necessarily found in the Bible, but does contain a number of events that the Bible does speak on. The plot follows a Roman Tribune named Clavius (Joseph Fiennes) who is sent by his government to investigate the reported disappearance of a local figure named Jesus.

As the story unfolds, Clavius interviews those who knew of Jesus and his disciples in an attempt to understand what may have happened at his tomb. The reports of the Bible in references such as Matthew 28:11-15 come true to life in the story as everyone tries to make sense of what happened to Jesus’ body.

The closer Clavius comes to the truth of the resurrection, the more obvious it becomes that this case is unlike any other problem he has had to solve as a Roman soldier.

Reynolds previous work has included films like “The Count of Monte Cristo” and “Robin Hood: Prince of Thieves.” The director’s involvement in the film offers a steady hand behind the camera to navigate a powerful story.

The film also stars Tom Felton, of Harry Potter fame, and Cliff Curtis in a moving portrayal of Jesus unlike most other depictions.

Rated PG-13 for “Biblical violence including some disturbing images,” the film does briefly feature a crucifixion and a battle. This violence pales in comparison to “The Passion of the Christ” and other more mature films.

Another film that takes place in Biblical times, “The Young Messiah” tells the story of the early days of Jesus.

Though much of Christ’s early years are skipped over in the New Testament, the film makes an attempt to follow the themes of Scripture and events that took place around that time. The meat of the story surrounds Joseph and Mary’s return from Egypt back to Nazareth. The struggles that the young family faces give audiences an idea of what life might have looked like.

Based on a novel originally written by Anne Rice, the story was updated to include a few things not found in the original work. For starters, King Herod and a Roman soldier named Severus (played by the talented Sean Bean) are added for dramatic effect. On top of these enemies, the writers also included a representation of Satan meant to serve as an antagonist for the young Jesus.

The film is yet another addition to the growing list of Biblical films that seem to be catching up to their secular counterparts when it comes to artistic quality.

For anyone seeking to know more about the film, director Cyrus Nowrasteh did an interview with Christianity Today around the film’s release. Among other topics, Nowrasteh shares that he tried to make the film as family-friendly as possible without sacrificing the importance of the story.

If you’re looking for a film about Jesus that doesn’t revolve around the crucifixion, “The Young Messiah” may be a good option for your family.

Another source for Christian heroes outside of the Bible can be found in the world of sports. With tales of persevering faith and inner strength to overcome the greatest of odds, Christian films have often found inspiration from true events in sports history.

In “Greater,” the true story of football player Brandon Burlsworth is on full display. The offensive lineman played for the Arkansas Razorbacks in the mid-to-late nineties. Working his way up from the practice squad, he became a starter for the team.

The film is about much more than sports, though. Burlsworth overcame many personal obstacles before ultimately passing away in 1999.

On top of his achievements on the field, Burlsworth was a dedicated Christian that inspired his teammates to pursue a belief in Christ. His example of hard work and discipline became a rallying cry for the team on the field. It is said that Arkansas coach Houston Nutt told players to "do it the Burls way" when he wanted them to act correctly.

The film found the silver screen through an unconventional route, having been written and produced by a fellow University of Arkansas graduate who didn’t have any other writing credits.

Made for only a few million dollars, “Greater” does its best to portray SEC football life while keeping costs down. Although these restrictions are plain to see at times, the film makes the most of what it has. The acting is adequate, especially in the scenes featuring veterans Neal McDonough, Leslie Easterbrook, Michael Parks, and Nick Searcy.

Much like 2015’s “Woodlawn” the Christian film industry is leading the way when it comes to football movies in 2016.

The most financially successful film on this list, “Miracles From Heaven” tells the story of a family that experiences a healing miracle as the result of a near-death experience.

“Miracles From Heaven” is the kind of tale you would usually read about in an email that your grandmother sent you (sorry, Grandma), however, it’s actually a true story. When a young girl suffering from a chronic illness is miraculously healed by an incident that could have easily killed her, everyone searches for a meaning behind the incident.

Christy Beam, the mother portrayed by Garner in the film, wrote a book about her family’s experience titled "Miracles From Heaven: A Little Girl, Her Journey to Heaven, and Her Amazing Story of Healing."

If historical films and sports movies aren’t your thing, then perhaps this inspirational family drama will be just the ticket for you and your family.

Hollywood wouldn’t know what to do with itself if it couldn’t remake every sacred film from the past. Fortunately, the same team behind “The Bible” and “A.D.” miniseries is behind this new version of the Charlton Heston classic.

Of course, even the original “Ben-Hur” as we know it was a remake of a film from 1925. The original book that inspired all of this was written by Lew Wallace only a few years after the Civil War.

Considered one of the best films of all time, the 1959 film contained a strong story around the time of Jesus that involved a Jewish man who was betrayed by his Roman best friend when it was politically convenient.

The story receives a little tweaking for the updated film, since the original was nearly four hours long. This time around, Judah Ben-Hur (Jack Huston) is a prince that is betrayed by his adopted brother (Toby Kebbell), a Roman soldier.

As with the old film, Ben-Hur experiences war and slavery as punishments to a crime he did not commit. Another aspect that the new film tries to improve upon is the iconic chariot race from the original. With the advanced technology that we have today, the race is taken to a level of physicality that would have been impossible to capture in 1959.

Given the team behind the film, it should come as no surprise that Jesus is given a little more screen time in this adaptation. Another welcome addition is Morgan Freeman, who plays the sheik who gives Ben-Hur his shot at revenge.

While it may not be everyone’s cup of tea, “Ben-Hur” is the closest thing believers have to a Christian blockbuster these days. With a reported production budget of $100 million, the film cost more to make than all four of the other films on this list combined (by around $30-$40 million).

Although this may not be an exhaustive list of every Christian film available to find in 2016, it is a fair summary of the faith-based movies that made an impact this year.

You may see one or two of these new Christian movies on the ballot for the 2017 K-LOVE Fan Awards, as we do recognize the films, books, and athletes that are making a strong impact in the Christian community. Last year, “War Room” took home the prize.

To find out in person who will win next year, click on the link below to see how you can attend the K-LOVE Fan Awards.