Why Do Christian Athletes Have To Be So Outspoken? 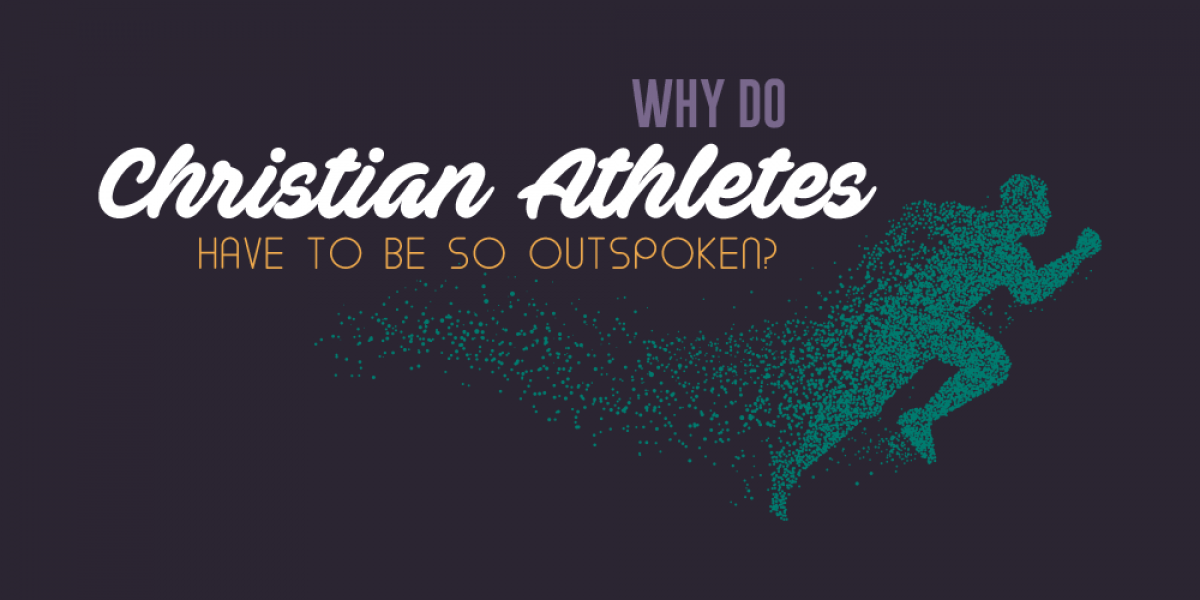 No one can deny the conflict that has arisen in recent years between personal beliefs and the public sphere. We see this in politics, entertainment, on social media, and inevitably in sports. No matter if it’s football, the Winter Olympics, or something else, we often see the personal beliefs of Christian athletes making their way into the spotlight. Why are these competitors so keen on letting the world know about their God? There are a number of reasons why as well as benefits to such a public display. Here are a few of our favorites:

Christians Are Called to Be Vocal

Every Christian knows about the Great Commission. In His final address to the disciples, Jesus tells them to spread His message far and wide, making new converts and training them to follow Christ in much the same way. Modern Christians often fall for the trap in thinking that this directive is intended for those who feel called to the mission field, but it is just as applicable at school or in an office as it is in third world countries.

Those who believe in Christ should be conducting their lives in a way that forces the outside world to take note and wonder “What’s different about them?” 1 Peter 3:15 states that Christians should always be ready to give the reason for why they do what they do. We should be pointing people to the Lord through our actions, but we also need to be ready to vocally back up our beliefs.

Every Athlete Has a Platform

Since we know that Christians of every vocation are meant to be in service to God in some capacity, it only makes sense that Christian athletes who have been given a platform would want to use it for the glory of God. It’s not uncommon for an athlete or entertainer to use their platform to promote great causes like literacy campaigns, ending homelessness, or simply telling kids not to take drugs. The reason why these people are sought out for such causes is because we tend to take something more seriously when it comes from a person whom we respect or like.

Whether it’s the NFL promoting breast cancer research each fall or Tim Tebow kneeling in the endzone after a score, the mesmerizing coverage of sports we see today has taken the already high-profile platform of Christian athletes and launched it into the stratosphere. If everyone gets to have a platform, it only makes sense that these athletes would use theirs to share the gospel.

The Difference Between Having a Voice and Being a Distraction

Any good coach will tell you that a player who is a distraction is a ticking bomb when it comes to team chemistry and the overall success of the group. Sometimes a distracting player is worth the trouble because of his skill or his antics never fully produce a catastrophic season. All the same, you probably don’t want any trouble in your locker room. Some people believe that Christian athletes are a distraction because they want to be vocal about their Christianity. However, there is a difference between being a distraction and simply living the Christian life. If one of these Christian athletes was trying to hold a Bible study during the seventh inning stretch, we’d probably all agree that that’s a little distracting. On the other hand, writing a Bible verse on your shoes, thanking God for a win, or praying before/after the game should be perfectly fine.

Christian Athletes Do Good for the World

Someone who talks a good game but doesn’t practice what he preaches is hard to take seriously. Whether Christian athletes are as vocal with their faith as people like Tim Tebow, it is important that they at least live out the beliefs to which they ascribe. Since we’ve mentioned the former Florida Gators quarterback, let’s look at what kind of benefits his work has brought to the world. One of his foundation’s biggest events is the Night to Shine, where in 2018 over 90,000 special needs individuals around the country were able to enjoy a prom night experience. There’s also the Tebow Cure Hospital in the Philippines which has provided healthcare to over 6,000 patients. These are just a few of the things that one Christian athlete does. We could also talk about the work that baseball player Adam LaRoche has done in fighting human trafficking or a number of other Christian athletes and the work that they do around the globe. While there are plenty of non-Christian athletes doing good things as well, we want to remember that Christian athletes’ call to act doesn’t end with merely words.

It’s Who They Are

Michael Jordan. Tom Brady. These are two great athletes who have a distinct persona on and off the field of play. They can’t change who they are any more than Christian athletes can neglect their beliefs while competing. When Christian athletes are expressing their beliefs it is simply an outpouring of who they are as an individual. You can argue that there is a time and a place for different expressions of that belief system, but we can’t be too surprised when these competitors express gratitude to God.

Give Thanks Where It is Due

The Bible is pretty clear that we should give thanks to God for everything He has provided for us. The Psalms alone are ample evidence of this, but other verses remind us that God gives us our daily sustenance. We even see in the book of Acts that Herod was struck dead because he wasn’t willing to acknowledge God and instead took glory for himself. It’s unlikely that someone like Drew Brees will experience the same issue if he fails to thank God for a victory, but we can’t deny the way in which the Bible promotes thankfulness.

An athletic career is a fickle thing. Even if you manage to become the best in your field, you never know when the moment will come that ends it all through injury or simply by losing out to someone else. Christian athletes should be thankful for the ability to play a game that they love and so they tend to give honor to God for such a gift.

The Next Generation of Christian Athletes

If you remember back to only a few paragraphs previous to this one, you’ll recall that Christian athletes have an incredible platform from which they can glorify God and display their beliefs. This is not only important because they feel called to do as believers, but because there is a younger generation of Christian athletes at home watching. When they see their sports heroes giving thanks to God, it shows them that it’s possible to reach the top of the sport you love and retain your spiritual beliefs. There are so many famous people in music, sports, movies, and more who are leaving a bad example for the next generation. Surely having a few outspoken Christians playing professional ball is the least of our worries.

At the K-LOVE Fan Awards we seek to honor those who are using their talents for the Lord. Featuring the biggest names in Christian music, athletes like Adam LaRoche and Benjamin Watson, and other entertainers, it’s the ultimate fan experience. Find out how you can be part of the action by clicking on the link below.