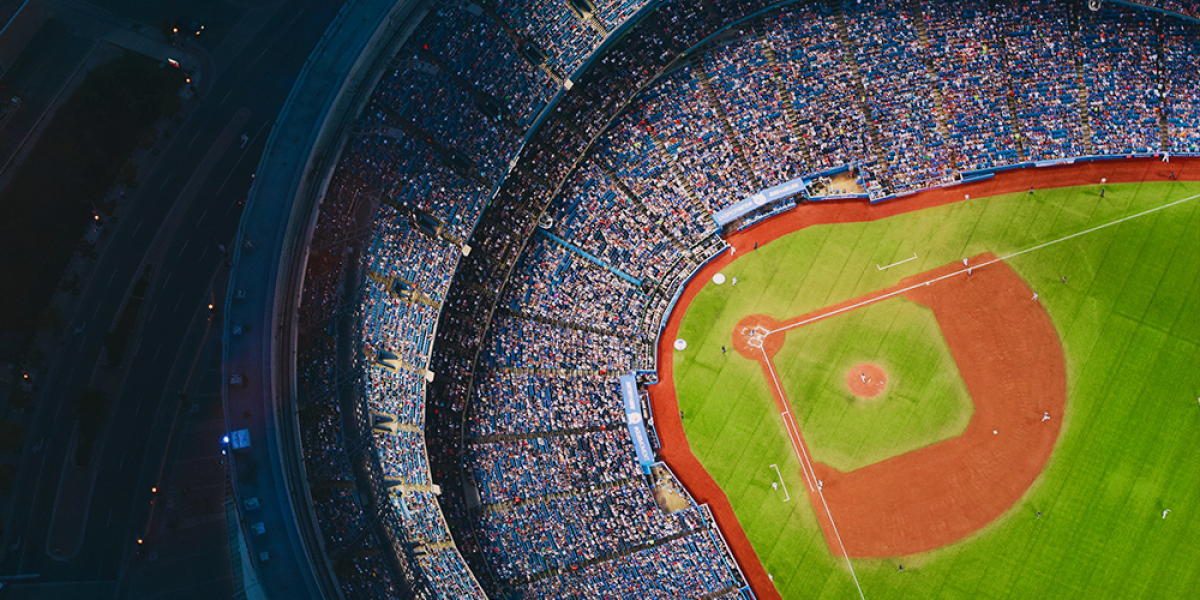 Many of the Christian baseball players on our list have made a name for themselves at the pitching mound, but few have had the number of honors bestowed on them as Clayton Kershaw. Still actively on an MLB roster, the Los Angeles Dodger has so far made seven appearances as an All-Star as well as won three Cy Young Awards, a Golden Glove, and been the National League leader in strikeouts, wins, and ERA in at least three seasons. Kershaw and his wife started a foundation which funded an orphanage in Zambia called “Hope’s Home” in 2012.

Another Christian pitcher who has experienced success in the Majors is Panamanian Mariano Rivera. In fact, Rivera has nearly double the All-Star appearances as Kershaw in addition to five World Series titles and a World Series MVP honor. The now-retired relief pitcher spent 19 seasons with the New York Yankees and has used that impressive career to help the people of his birth country through his personal foundation. Rivera has trusted God through career setbacks and credited Him with all of his achievements. In 2019, the pitcher became a first-ballot Hall of Famer. If that wasn’t enough, he was the first player ever selected unanimously for such an honor.

A rare feat in major league sports is to win a championship in two consecutive years while playing for two different teams. Ben Zobrist was able to enjoy that honor after claiming the title in 2015 with the Kansas City Royals and again in 2016 with the Chicago Cubs. Zobrist is an outspoken Christian who has appeared at a number of faith events, including the 2017 K-LOVE Fan Awards where he was given the Sports Impact Award.

While some pitchers like Mariano Rivera enjoy long careers in one city, others might play for a half-dozen teams over the the course of 16 years. That’s the story of R.A. Dickey, who bounced back and forth between the minors and Majors but found ultimate success after perfecting his knuckleball in the mid-00s. Dickey had his best year in 2012 when he won the Cy Young Award, was named an All-Star, and was the National League strikeout leader. The now-retired pitcher often teams up with organizations like Fellowship of Christian Athletes and published a biography detailing his faith and his history as a victim of sexual abuse in 2012.

Even if you don’t follow the game of baseball, you probably know all about Jackie Robinson and how he broke the color barrier in Major League Baseball. This is far from his only success in baseball, however, as Robinson also won Rookie of the Year, was named an All-Star six years in a row, won a World Series, and was honored the National League MVP in 1949. From his years in the military to his journey in baseball, faith played an important part in Robinson’s story. A book about those beliefs, “42 Faith,” was released in 2017.

We’ve talked about plenty of Christian baseball players who are pitchers, but how about someone who really knows how to hit? Albert Pujols has had a long career playing for the St. Louis Cardinals as well as the Los Angeles Angels, during which time he has been named the Silver Slugger six times, made ten All-Star Appearances, won two World Series, and been given the title of National League MVP three times. The Dominican-American player often speaks on his commitment to God, even listing the first attribute of the Pujols Family Foundation as faith (alongside Proverbs 19:17).

From seasoned veterans and icons of history, let’s transition to a fresh face in the MLB. Dansby Swanson has been shortstop for the Atlanta Braves since 2016, after a short stop with minor league affiliates for the Arizona Diamondbacks and Atlanta. The young player got his college ball in at Vanderbilt University before getting drafted in 2015. In March 2018, Swanson shared his story on the Christian podcast “That Sounds Fun with Annie F. Downs.”

Another one of the newer Christian baseball players out there today is Brian Dozier, who joined the league in 2012. Selected by the Minnesota Twins in that year, Dozier has gone on to play a season for the Los Angeles Dodgers and is, as of this writing, under contract with the Washington Nationals. The second baseman was an All-Star in 2015 and was awarded a Golden Glove in 2017. Dozier refers to himself as a “Christian just playing baseball on the side.”

Pedro Martinez was something of a journeyman during his 17 years in the MLB. The Dominican pitcher played for five teams, most notably the Boston Red Sox from 1998 to 2004, the last year of which was when the team finally ended its 86-year World Series drought. Martinez nabbed three Cy Young Awards, five titles of MLB ERA leader, and was an All-Star eight times.

Let’s look at the outfield and take note of Andrew McCutchen. The son of a minister played eight seasons with the Pittsburgh Pirates before enduring a carousel of teams during 2018. Briefly appearing with the San Francisco Giants and the New York Yankees, McCutchen signed a new deal with the Philadelphia Phillies for the 2019 season. His accomplishments include five All-Star appearances, a National League MVP, a Golden Glove, and four Silver Slugger Awards.

There are few athletes in professional sports who get to enjoy as long of a career as John Smoltz. The pitcher spent the vast majority of his career (roughly 20 years) with the Atlanta Braves where he racked up a World Series, eight All-Star appearances, a Cy Young Award, a Silver Slugger, and so much more. When Smoltz was a few years into his career, he was convinced by the team chaplain that he needed to get right with God. He gave his life to Christ then and there and has tried to walk the straight and narrow ever since.

While some of the Christian baseball players on our list have enjoyed storybook careers, others haven’t had it so easy. Dave Dravecky is one player whose story is stranger than most could imagine. After five seasons with the San Diego Padres (during which he was named an All-Star once) and one with the San Francisco Giants, Dravecky was diagnosed with cancer in his throwing arm. Battling back from surgery, he rejoined the Padres only to break his arm mid-game. The aftermath of this injury combined with the return of his cancer led to his throwing arm and shoulder being amputated. Hear him recount the story below.

Speaking of Christian baseball players whose careers took a dark turn, Josh Hamilton is one who enjoyed great success in baseball as well as deep personal troubles. The outfielder played minor league ball in the early 00s, during which time he picked up a taste for alcohol and drugs. These issues would plague most of his career. When Hamilton was healthy, however, he did amazing things for the Texas Rangers and other teams, including becoming the American League MVP in 2010 and making five All-Star appearances. The ballplayer has often spoken on how his faith has helped him during relapses and rehabilitation.

Jake Peavy was a pitcher for the San Diego Padres and Chicago White Sox for most of his career. Like Ben Zobrist, he is one of the few players to enjoy championships with two different teams in consecutive years (Sox in 2013, Padres in 2014). Despite these successes and his other accolades (Cy Young Award, Triple Crown, Golden Glove Award, etc.), Peavy has learned what truly matters in life thanks to his faith. His life came crashing down in 2016 when he learned a financial advisor had stolen tens of millions of dollars and shortly after that he found a myriad of familial troubles. Through it all Peavy has maintained his faith and believes God is watching over him.

These Christian baseball players have done so much for the sport and for Christian athletes everywhere. We know there are so many more we could have talked about, but these players are an example of the Christian athletes representing their beliefs around the world today.

At the K-LOVE Fan Awards, we want to celebrate all of the Christian musicians, films, athletes, and authors who are making an impact in the world. Join us for the year’s biggest event in Christian entertainment! Click on the link below to find out how.