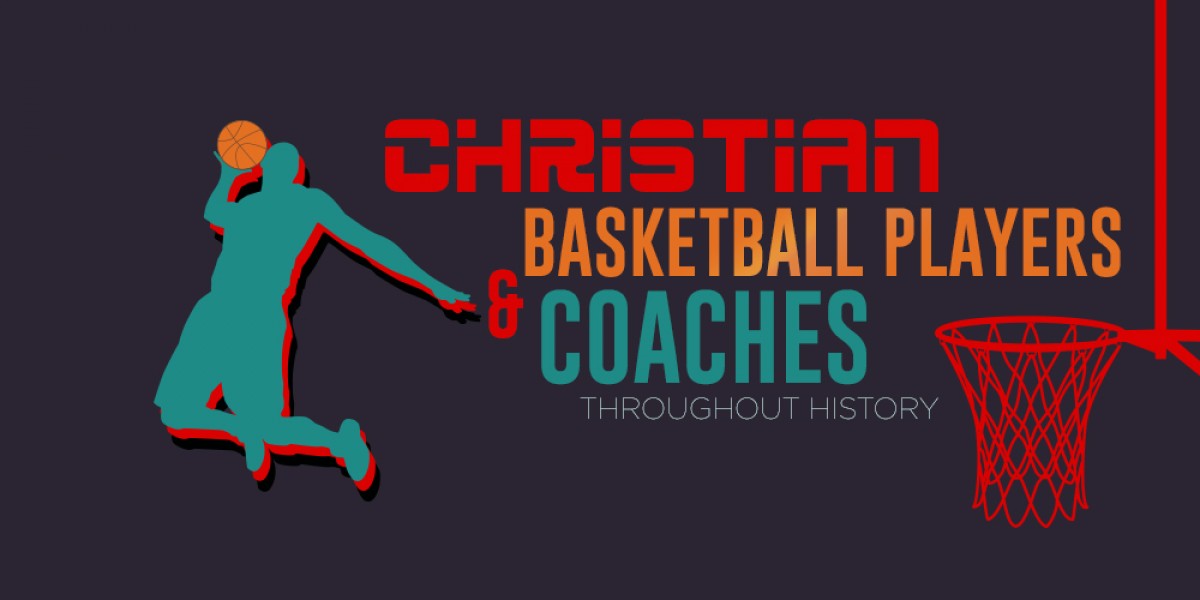 God has blessed us all with special gifts and abilities. Some are intended to put us in the national spotlight while other talents help us to impact the local community. For many of the Christian basketball players and coaches throughout history, Christ has been a focal point of their public personas. This, of course, isn’t limited to the hardwood court, as there have been dozens of famous Christian athletes to glorify God through their playing. The names below come from different parts of the world, have varying styles of play, and each impacted the world of sports in a unique way. Here are some of the top Christian basketball players and coaches throughout history.

Over the course of two years at North Carolina State University, David Thompson led the Wolfpack to a 57-1 record and a national championship during the 1974 season. He transitioned to professional ball as the first overall pick in the 1975. One of Thompson’s most famous colleagues in the American Basketball Association was Julius Erving, also known as “Dr. J.” The two players competed against one another in pro ball’s first Slam Dunk contest in 1976. Thompson held many prestigious titles (four-time NBA All-Star) and signed lucrative deals during his playing career, but when the game was over he fell headfirst into a life of drugs and alcohol. Through this experience he came to know the Lord and to seek redemption. Although faith did not play a major role in his playing career, Thompson learned that Christ offers more than a basketball contract ever could.

Another NBA All-Star that lit up the court in the 70s is Pete Maravich. The famous shooting guard was known from an early age for his shooting and passing prowess. During his college career at LSU, Maravich was named the SEC Player of the Year three times. (It should be noted that freshman were not allowed to play on the varsity team at this time, so he was essentially the best player in his conference every year that he played.) Maravich was awarded as an NBA All-Star five times while playing with the Atlanta Hawks and New Orleans Jazz. After his playing days were done, he found peace in a personal relationship with Christ. Among his new friends in this community was Focus on the Family’s Dr. James Dobson.

Christian basketball players and coaches aren’t limited to men’s athletics as there have been several prominent figures in women’s basketball as well. There is a small group of universities known for dominating the landscape of women’s basketball, one such school being the University of Tennessee. Tamika Catchings was one of the great players to be coached by Pat Summitt, the winningest coach in college basketball. Before retiring in 2016, Catchings was named a WNBA All-Star ten times and collected four Olympic gold medals throughout her career. In 2016 the athlete released “Catch a Star,” an autobiographical book that covered her faith, struggles with hearing loss, and other aspects of her life.

You can’t talk about popular Christian basketball players and not mention one of the best big men the game has ever seen. Mutombo was born in the Democratic Republic of the Congo , but moved to America in order to attend Georgetown University. Playing an impressive 18 seasons in the NBA, he earned four awards as the NBA Defensive Player of the Year as well as eight NBA All-Star titles. Mutombo has done an enormous amount of work for charities in his home country as well as for organizations like the Special Olympics.

Consistency is a great quality for both a basketball player and a believer. That’s what makes A. C. Green such a good choice for this list of Christian basketball players and coaches. Green was nicknamed “Iron Man,” based on the impressive run of nearly 1200 games that he played consecutively without absence. Similar to other famous Christians in sports, he was known to remain a virgin during his playing career. Green was able to win three NBA championships in his 16 years of professional ball.

Another amazing athlete to get his professional start in the 80s was David Robinson. The center for the San Antonio Spurs is known for many accomplishments as an individual player, but his inclusion in the 1992 Olympics “Dream Team” is also of note. In San Antonio for well over a decade, Robinson was part of two championship teams and even won the league MVP award in 1995. Only two centers (Shaquille O’Neal and Tim Duncan) have accomplished the latter since Robinson. His contributions to the world have extended far beyond the athletic realm as Robinson has engaged in a number of philanthropic ventures over the years, so many in fact that the NBA Community Assist Award includes a plaque that bears his name.

Some of the best Christian basketball players and coaches have risen from anonymity, but Jeremy Lin really surprised folks. Coming out of high school there wasn’t enough buzz for Lin to receive Division I scholarships (in spite of winning a California championship and being first team All-State), but he ended up on the roster at Harvard and worked his way up. Even after putting up impressive numbers for the Crimson, Lin was not selected in the NBA Draft. He was bounced around to several teams in different stages of the NBA system before carving out a place for himself with the New York Knicks in February 2012. Lin is currently playing his eighth season of professional basketball with the Brooklyn Nets.

John Wooden isn’t just among the most popular Christian basketball players and coaches, he is arguably the best leader the sport has ever seen. Playing for Purdue in the 1930s, Wooden was a three-time All-American known for his offensive skills. He began coaching college basketball for Indiana State after serving in World War II which led to a position at UCLA. Wooden stayed at UCLA for the better part of 30 years, winning 620 games in the process and being awarded the AP College Coach of the Year award five times. Between 1964 and 1975, he led the Bruins to ten national championships. Wooden wrote or contributed to many books on leadership, success, and coaching. There were three great loves that he had throughout his life: Jesus Christ, his wife, Nellie, and basketball.

Well, it would seem strange if we made a list of the great Christian basketball players and coaches but left off the game’s inventor. Born in Canada a few years before the Civil War, the physical educator, chaplain, and coach immigrated to the United States in the late 19th century and soon after invented the game of basketball. In an ironic twist, Naismith was not an exceptional coach when it came to the sport that he created, having an overall record of 55-60. Still, we remember his contribution today as an innovator who assembled one of America’s greatest pastimes.

These are just a few of the Christian basketball players and coaches who have made an investment in the athletic world of today. We honor their achievements and are thankful for the road that was paved with their many talents and play-making abilities. At the K-LOVE Fan Awards, we seek to celebrate those who use the world of sports and entertainment for the glory of Christ. Each year we bring together athletes, musicians, and filmmakers who are impacting the world and the Christian community for the ultimate fan experience. Find out how you can be a part of the action by clicking on the link below.