Christian Board Games to Play With Your Family 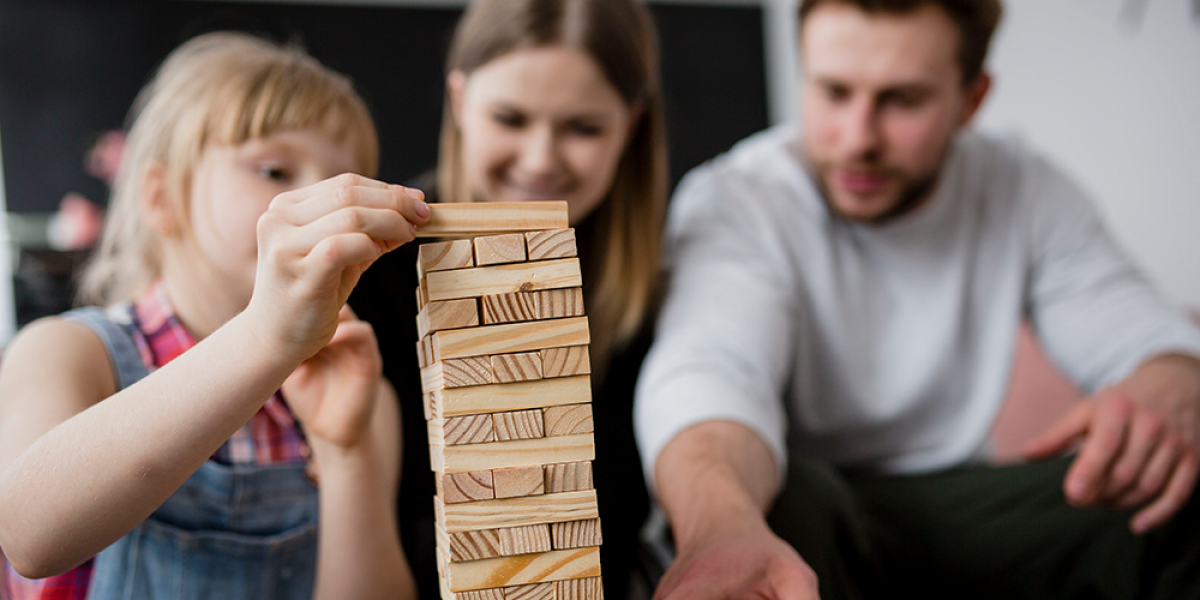 Have you ever been at home with your family on Friday night and wished you had some fun Christian games to play? People eventually get too “mature” for Twister and Go Fish loses its fun after a while. There are some beloved classics out there that are fun for the whole family, but why not try out Christian board games that teach kids about the Bible while also providing a good time? Some of these games have been more successful than others over the years, but we wanted to let you know about some of the most popular Christian board games to ever be made. Here are a few names you should know.

One of the first things you’ll learn when browsing Christian board games is that many of them are simply classic games with a Biblical tint. Monopoly has been one of the most adaptable games in history in this regard. You can find editions that favor your college sports team, hometown, pop culture icons, and more. Bibleopoly has a board just like its parent game, but some of the goals have changed a bit. Instead of houses you build churches and instead of taking all your opponent’s money, there’s a less capitalistic finale. Thanks to good gameplay and name recognition, this is one of the more popular options out there.

While Monopoly may be a classic, Apples to Apples has become one of the biggest card games in recent years. This game invites players to match up famous people or entities with certain characteristics. Some people play the game more loosely than others, making for a few interesting answers along the way. In the Bible Edition, the players will be making matches of Biblical heroes as well as more contemporary people like Billy Graham and Martin Luther. Although it might be hard to enjoy sillier answers about people from the Bible, it’s a great way to learn about lesser known characters.

Now we’re breaking out into games that are a little harder to find. Solomon’s Temple is one of the more complex Christian board games on our list because it has many moving parts. The point of the game is for one of the two opposing players to complete the construction of the temple, but depending on which cards you draw, it may not be that simple. Along the way you may encounter invading armies, construction delays, punishment for sins, and so on. The game can be a little frustrating according to reviews, but it’s an interesting way to look at a part of the Bible some people tend to skim over.

The American Bible Challenge Board Game

Bible trivia games are among the most popular Christian board games out there. Challenging each other on who did what in the Bible can be a great mental exercise for any family. For those who may not be aware “The American Bible Challenge” is a game show hosted by Jeff Foxworthy where contestants battle each other on who knows God’s Word best. The home edition is a simple board game where players must complete different challenges in order to win. Among those are recalling specific verse references and naming characters from the Bible. The show can also still be found to watch online if you want to just play along in front of the TV.

Over the years we’ve seen the King James Bible, the New International Version, and the Message. How many more translations can there be? In recent years, the Action Bible was released. Inspired by drawings from comic books, the Action Bible tells the story of God’s Word with illustrated panels that bring the stories to life. Now with the Action Bible Guess-It Game, you can enjoy the stories even more. It’s a card game where a certain number of players go back and forth guessing a person, place, or thing and asking questions along the way.

Faith and Redemption - Christian Board Games

If you want something a bit more challenging that explores the full breadth of the Bible, Faith and Redemption might be a good choice for you. The game is somewhat similar to The Game of Life except it’s a journey through the Bible rather than a road through an entire life experience. Along the journey you will collect “followers” and try to avoid “sin” cards that can keep you from winning the game. There’s actually a handy video to answer any further questions you might have.

Speaking of walking through the whole Bible, have you ever had a problem placing events from scripture in the right order? If so, you might have a little trouble with Bible Sequence. In this board game you and up to five other players will try to win by collecting pictures representing stories from the Bible and building a sequence of tokens in a row. The closest thing we can compare it to (aside from the original game Sequence) is something like Tic Tac Toe or Connect Four. It’s a quick fun game that can help anyone understand Biblical stories better.

For something a bit more on the challenging side, Champions of Faith from a company called BibleQuest is up to the task. The board can be somewhat hard to read, but it you like complex board games you should be fine. Players take their character through a number of different events in the Bible before ending up in the Hall of Faith and winning the game. You might want to leave this game to the older kids while the younger ones check out something like Bible Sequence.

All Aboard the Ark

Another one of the best Christian board games for young children is All Aboard the Ark. This is a classic memory game that challenges kids to match up the animals Noah is supposed to take onto the ark, all before the rain comes along and floods the earth. There are plenty of other great matching games like this that allow parents to teach young kids Bible stories without relying heavily on long reading assignments.

Taboo is a competitive game where teams of players go back and forth trying to correctly guess a name or item without saying the word itself. At the same time, there are several similar words which cannot be spoken as well. Bible Taboo is yet another example of a popular game turned into a Christian board game, but it captures just as much fun as the original while teaching competitors to appreciate characters and places from the Bible. This is a great idea for a Bible study game night or church activity.

We could keep going with all of the variant Christian board games that are adapted from name-brand games, but we think you get the idea. Whether you like strategy games or more simplified competition, there are plenty of options out there. Should you look for Christian board games for you and your family to enjoy, know that it is possible to find something you enjoy.

Another fun way to enjoy Christian content is by attending the year’s biggest music event, the K-LOVE Fan Awards. The show features the biggest names in Christian music, films, sports, and more and provides the ultimate fan experience. Find out how you and your family can be part of it all by clicking on the link below.