Christian Christmas Movies to Watch with Your Family 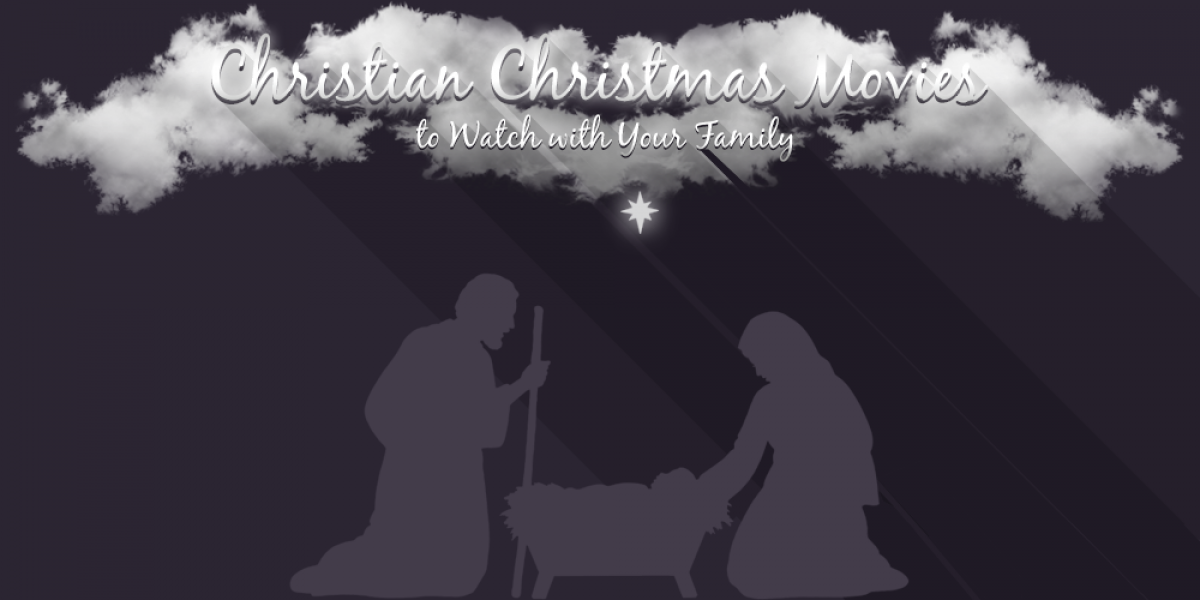 If you were to ask ten people to tell you which Christmas movie you should watch tonight, there’s a pretty good chance you’d end up with ten different suggestions. The truth is everyone has that one movie that fits them perfectly. There are all kinds of Christmas movies out there, though. What are some Christian Christmas movies that might appeal to believers?

You’re sure to recognize a few of these holiday classics, but we hope you find some new Christian Christmas movies to watch as well.

In 2006, Hollywood gave an honest effort into telling the Greatest Story Ever Told. Following the struggles of Mary and Joseph as they prepare for the birth of Christ, “The Nativity Story” is a realistic and thoughtful depiction of the Christmas story.

When it comes to some Biblical movies, the budget is often so low that you can tell where corners were cut in the production through costumes, acting talent, and so on. With this film, everything looks great. The cinematography, or look, of the film is very professional and composed, the acting is great, and the story is accurate. There’s not much more you can ask for when it comes to big studios handling stories from the Bible.

As the most Biblical of our Christian Christmas movies, the story reminds us of the original purpose of the season. It might even help you with a little context for the next time you’re reading Luke 2 on Christmas Eve.

Only a few months after “The Nativity Story” was released, a small film called “The Ultimate Gift” hit theaters. The story follows a rich, arrogant kid who hopes to receive an inheritance from his deceased grandfather. When he shows up at the reading of the will, things go awry.

“The Ultimate Gift” teaches many important lessons, as its protagonist essentially learns several life lessons from the hoops his grandfather makes him jump through. The film examines the idea of wealth leading to happiness, as well as the importance of hard work and putting others before yourself. This is a Christian film that is good any time of year, but especially at Christmas.

The Chronicles of Narnia: The Lion, the Witch, and the Wardrobe

If you’ve never had the opportunity to step into C.S. Lewis’ world of Narnia, then you may be missing out on one of the biggest franchises in all of Christian literature.

Without digging too deep into the history of Narnia, “The Lion, the Witch, and the Wardrobe” gives new fans to the series a fresh look through the eyes of four young children who magically uncover a world where animals can talk and a curse hangs over a mysterious land. Through the help of some amazing creatures, the kids must lift the curse and find a way back home.

This series is about as close as Christian films have come to getting major Hollywood endorsement. While there are a few sequels, “The Lion, the Witch, and the Wardrobe” was the first of the series and had a budget of nearly $200 million. Needless to say, the quality is superb. The story also stays pretty true to Lewis’ original writing. It’s a nice holiday adventure for families who like fantasy and excitement.

This 1946 tale starring James Stewart is considered by many to be the best Christmas movie of all time. The story opens with a group of angels discussing the dire situation of a man on earth and how they’re going to help him. Starting with his childhood, they recount the different ways that he has always chosen to do the right thing.

The story provides many moral lessons and gives people of all ages something to identify with from their own lives. “It’s a Wonderful Life” is classic Hollywood at its best, shining a light on the power of community, prayer, and walking the right path. This traditional Christmas movie may be just the right thing to warm up your holiday.

Along with “It’s a Wonderful Life,” this is a story that will find its way onto just about every list of must-watch Christmas movies. It’s a pretty simple story that you are probably familiar with: rich, old Ebenezer Scrooge is a cutthroat businessman who doesn’t have time for giving to the poor, providing his employees with suitable working conditions, or pursuing any joy out of his own life. Then, on Christmas Eve, he is visited by a series of ghosts who teach him where he went wrong.

Originally published as a Charles Dickens work in 1843, “A Christmas Carol” has seen many adaptations in the age of film. Among the most celebrated versions are the 1984 TV film starring George C. Scott, 1951’s feature film with Alastair Sim, and a 1970 musical with Albert Finney and Alec Guinness.

In case any of those options sound too serious for your family, you may want to check out the fantastic “The Muppet Christmas Carol” featuring Kermit and the gang facing off against Michael Caine’s Ebenezer Scrooge.

You may not think of “A Christmas Carol” necessarily as one of the Christian Christmas movies, but the redeeming themes of generosity and selflessness are very important during the holidays. The fun with this story is that there are so many different versions to watch. You may find a new one that completely changes your mind on the story.

Going back to movies that are a little less-known, “The Christmas Candle” is a film adaptation of a Lucado book by the same name.

Taking place in the late 1800’s, the film chronicles a small English town with an enchanting secret. Every 25 years, an angel blesses a candle that will grant its owner a miracle at Christmas. When a new preacher shows up in town, he tries to modernize the town and to usher its people into a more progressive era.

While the more skeptical viewer may have some issues with the film’s sentimentality, ‘The Christmas Candle” is a nice holiday movie that features a wholesome story and a beautiful setting in the English countryside.

For the Kids - Christian Christmas Movies

Another line that can be hard to make out during the Christmas season is the one between movies for adults and those for kids. There may not be many kids that want to watch Bing Crosby or Barbara Stanwyck, but there are plenty of adults that want to see the Christmas films from their youths. While the following selections are suitable for children, we won’t tell anyone if you grownups decide to watch for yourselves.

Who knows where Christian children’s programming would be without the folks over at VeggieTales? Pumping out a consistent line of fun songs and heartwarming stories, Bob the Tomato and Larry the Cucumber have taught many a child important lessons on being a kid.

Along with the many adaptations of Biblical stories and American folklore, VeggieTales has also put out several Christmas movies that are worth checking out. Styled after “It’s a Wonderful Life,” the VeggieTales take, “It’s a Meaningful Life,” teaches kids about being content. You could also look at “The Toy That Saved Christmas” and “Saint Nicholas: A Story of Joyful Giving.”

There are several other short videos and films that cover the season of Christmas. With VeggieTales, it’s hard to go wrong.

You didn’t think we forgot, right? As one of the most wildly popular Christmas specials of all time, it’s nice to be able to fully recommend “A Charlie Brown Christmas” as one of the Christian Christmas movies for your family to watch.

This timeless cartoon first appeared in the 1960’s and has survived to this day as a classic. On top of the usual fun antics of Snoopy and the crew, the birth of Jesus as reported in Luke 2 is quoted verbatim. It’s kind of hard to find a mainstream Christmas classic that is that direct with the gospel.

At only 25 minutes, “A Charlie Brown Christmas” is a quick addition to your holiday lineup that will inspire you and make you feel nostalgic.

We know that there are at least dozens more of Christian Christmas movies out there, but this list gives you an idea at some of the more popular options. As Christian media finds its footing among the Hollywood executives, there will hopefully be even more to add in the future.

As you think about the magical time of year that is Christmas, you may want to start thinking about attending the K-LOVE Fan Awards in Nashville, TN. With all of the biggest names in Christian music, movies, and more, it’s almost like you’re getting Christmas a second time. To find out how you and your family can attend the biggest weekend in Christian music, click on the link below.