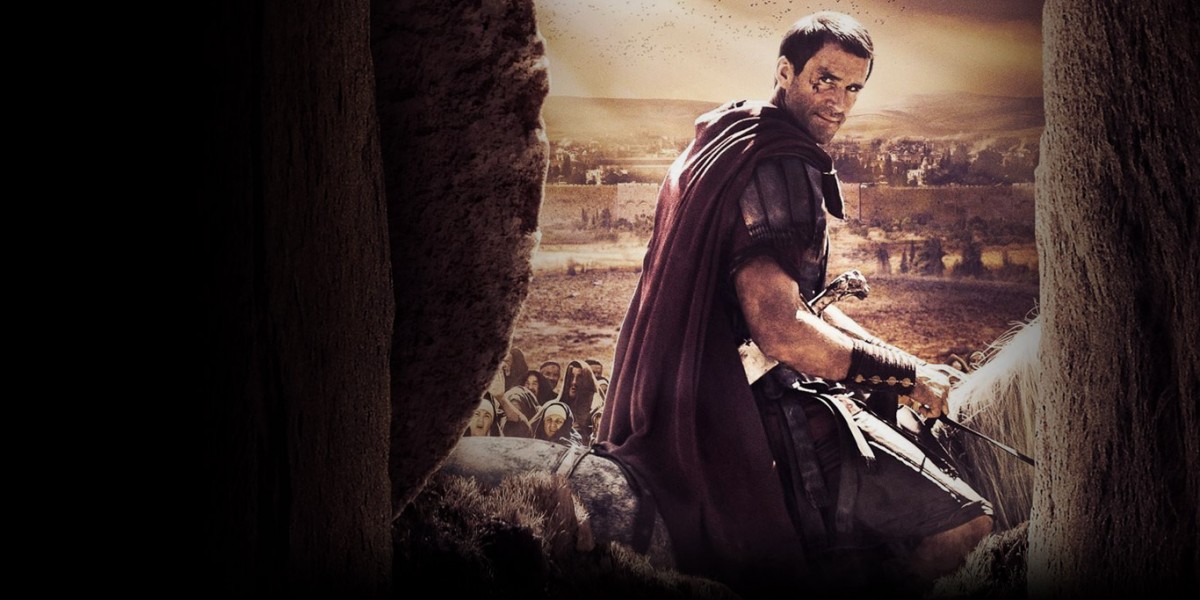 As we approach the Easter weekend, we encourage you to take advantage of any festivities at your church or in your area. Does your church put on re-enactments? Grab a robe and take part. On the other hand, perhaps dressing up in Biblical-era costumes is a bit too much for you and your kin. Why not try something easier, like watching Christian Easter movies for families? Most of the films in this genre are adaptations of Bible stories, but there are others set in the current day which seek to explain the relevance of Jesus’ death on the cross. Here are some of our favorite Christian Easter movies for families.

There have been many films made on the life of Christ, some are even featured on this list of Christian Easter movies, but few tell the story directly following the resurrection. “Risen” is a somewhat fictional story about a Roman tribune who must track down the missing body of Jesus. His journey from a skeptic just doing his job to an investigator having chased down all of the leads is an inspiring tale. It will help your family enjoy a richer understanding of the time period and the characters who receive less focus in the Biblical account.

“The Resurrection of Gavin Stone”

With more and more Christian films being made these days, we love it when one can find a fun, fresh way to share the story of Jesus. After he’s told to complete community service, a Hollywood bad boy finds himself cast as Jesus in a local church’s play. During his interactions with the parishioners, he discovers what faith and selflessness look like. Aside from its great casting of recognizable TV stars, this is one of the best Christian Easter movies for families because it looks at the story of Jesus from a modern angle.

Another modern-day tale is “Do You Believe?” The film weaves together the stories of several individuals as they question how much they truly believe in Jesus. Films told from a number of perspectives are powerful, as they allow for a number of viewers to identity with one or more of the struggles depicted. Whether you see yourself as the criminal wanting to be made clean or the jaded congregant who takes his faith for granted, it’s a movie you won’t soon forget after watching.

Maybe your kids are too young for something as heavy as “The Passion of the Christ” and you’re looking for a more accessible film to display the story of Jesus. “The Star” is a 2017 film about the birth of Jesus told from the vantage point of the animals who may have been part of it all. While not really about the Easter holiday, it is a fun, family friendly film that is Bible adjacent. Between the star-studded cast featuring a bevy of Emmy and Oscar winners and its pleasing animation, there’s a lot to love.

In 2014 and 2015 David Batty created adaptations to the four gospel books, each captivating end educational. “The Gospel of John” is an especially great portrayal of the Bible. The film tackles the book verse by verse with narration in English. "The Gospel of John" also features actors and languages appropriate to the Biblical timeline and geography. At over two and a half hours long, you may want to split viewing up into two nights or only watch with teenagers who can handle subtitles, but it is great viewing for those who want a faithful adaptation.

If you want a dose of classic Hollywood this Easter season, we suggest you check out 1953’s “The Robe.” The story is similar to “Risen,” which we discussed earlier, but instead of investigating the resurrection, the protagonist in “The Robe” is the Roman soldier who crucified Jesus. The film stars Richard Burton and Jean Simmons and was nominated for five Oscars. For more classic Hollywood takes on the crucifixion story, you can look for “Barabbas” and “King of Kings.”

While we see many Biblical films made these days, it’s rare to find a film dedicated to the story of Paul. Christians know the Bible doesn’t end with the life of Jesus, but continues to cover the early church. What better time to consider what came after the resurrection than Easter weekend? “Paul, Apostle of Christ” is an honest depiction of Paul’s time in prison as he transitions from an evangelist to a co-leader of the Christian movement. Show your kids the beginning of the church so they can better understand how we got to where we are today.

Another fascinating take on the crucifixion story is the life of Lee Strobel. An investigative journalist in the late 20th century, Strobel decided to put the Biblical account of Jesus on trial by interviewing a number of experts who have plenty to say about the science and historical records concerning His death. 2017’s “The Case for Christ” is a faithful and competent retelling of Strobel’s work and the many books he has written since completing his investigation.

Whether it’s the iconic film from 1959 featuring Charlton Heston or its more recent adaptation from 2016, “Ben-Hur” is an excellent choice among Christian Easter movies for families. The majority of the film tells the tale of a Jewish prince who is betrayed by his Roman brother and sent into slavery. As he seeks revenge for this injustice, Judah Ben-Hur encounters Jesus and is forever changed by his ministry. Younger kids may not be able to follow the older movie’s 212-minute running time, but it’s a powerful film nonetheless.

These Christian Easter movies for families will allow you and your loved ones the opportunity to dig deeper into the Easter story while enjoying some inspirational and engaging films. We hope you don’t let the season pass you by without taking part in some level of festivity associated with this holy day.

We at the K-LOVE Fan Awards want to celebrate all that God is doing through Christian entertainment, be it music, books, movies, or sports. Each year we bring together the biggest names for the most amazing night of worship, reflection, and entertainment you can imagine. Find out how you can join us for the ultimate fan experience by clicking on the link below.