Christian Festivals: What's Out There? 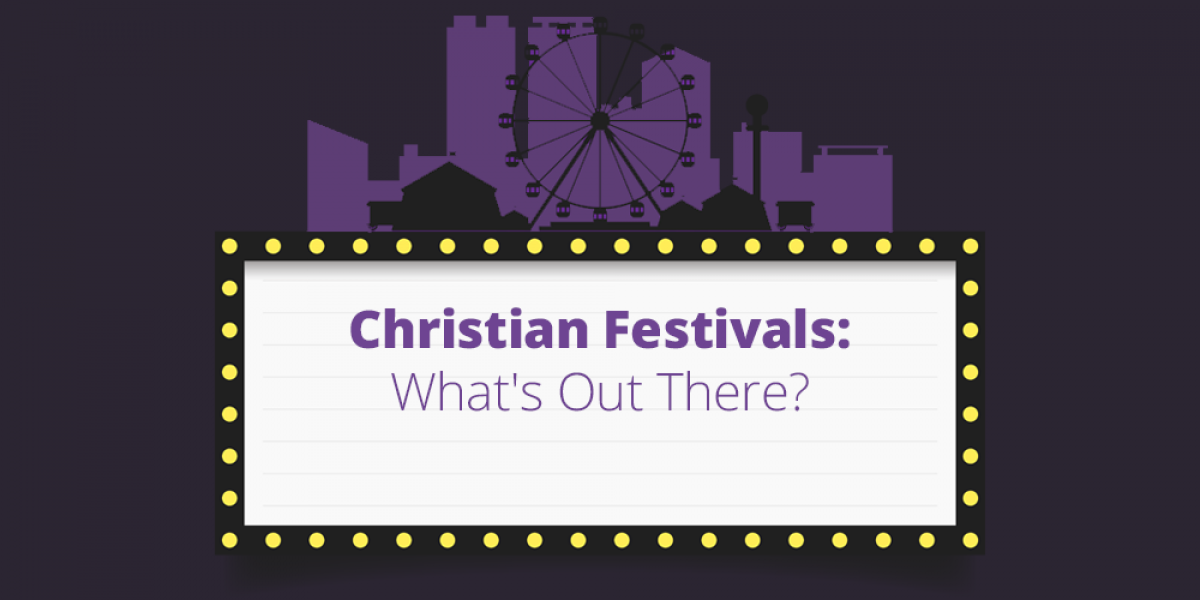 Community is at the core of the Christian experience. If we take a look at the early church, we see an intimate group of believers who were on fire for the Lord and eager to help their neighbors. Although you can debate whether or not the current Church does a good job in this area, there are many ways through which believers seek to build community. Vacation Bible School, ice cream socials, and other special events are intended to serve as community building scenarios for the local church. We can never afford to neglect the need for authentic relationships within the local church, but there are also great opportunities for engaging with other believers on a national or regional scale through Christian festivals.

When we talk about Christian festivals, our focus is on special events that celebrate artistic achievements in the Christian community. These can be in the areas of music, film, art, or a number of other activities. In fact, some Christian festivals incorporate several of these categories at the same time.

Music is arguably the most unifying Christian art that is out there. No matter what your listening preferences are, music is a common source of joy and inspiration for Christians around the world. It can be helpful to those experiencing grief or give strength to believers who are enduring a trial at home or work. Let’s not forget that a lot of popular Christian music ends up being used in the majority of our churches on Sunday morning.

So where can you find some of the best music festivals in the country? We’ll talk about a few of them. Using a handy website like Christian Festival Association is a good way to find out about the biggest Christian festivals around the country. You’ll notice that a lot of these events take place in California and on the East Coast, but there is a pretty good mix when it comes to location. Most Christian festivals are going to take place near large populations and/or in a wide, open-air setting.

People who live in "flyover country" have a few great options for music festivals, but there might be a little travel involved. Heaven Fest takes place in the Denver, CO area and features a weekend’s worth of music on multiple stages. Even if you’re not really a music person, there are several activities like a skate park and water games for the kids that would make a fun family outing. Rapid City, SD, offers an interesting music festival with Hills Alive. Most festivals take place out in the middle of nowhere, but Hills Alive is actually in the middle of downtown Rapid City. If you want to turn the trip into a more outdoorsy experience, the Black Hills National Forest is only about an hour away.

Other popular music festivals include Spirit West Coast and AtlantaFest. As you can imagine, AtlantaFest is found just outside of Atlanta, GA, and is a Thursday-Saturday event that draws in some really big names. You can check out the promo for 2016's AtlantaFest here below to get a better idea of what they do. Spirit West Coast is actually a series of one-day festivals in California. Although the shorter timeframe limits the number of acts, they still bring in a lot of good performers. Plus, multiple shows makes it easier for fans to get around. Regardless of where you live, there’s likely a Christian music festival within a few hours drive.

If you’ve ever attended a film festival, you know that a lot of the activities boil down to networking. You can also find new films and learn more about the filmmaking process. This is pretty different from Christian music festivals where the focus is more on entertaining a crowd. Don’t get us wrong, though, film lovers from outside the industry are welcome at these events too.

With that being said, let’s talk about a few of the Christian film festivals out there. The International Christian Film Festival takes place in Orlando each year. With openings in music videos, documentaries, feature films, and more, the festival is an opportunity for Christian filmmakers from around the world to share their work with an American audience.

Texas is one of the most film-friendly states. It’s no surprise then that the Christian Worldview Film Festival has been held there for the past few years. On top of showcasing a number of Christian films, this festival also hosts a bit of a boot camp for filmmakers leading up to the festival. If you want to learn more about the filmmaking process, this can be a great experience. Even if you're only mildly interested in creating films, the classes can't hurt.

Speaking of Texas, another great event is the Attic Film Festival. Held in Austin, TX, this film festival partners up with the famous Alamo Drafthouse. What makes this event a little different is that the group actually has a year-round footprint in the community. For one, they host movie nights throughout the year that feature Q & As with the filmmakers. The group also provides instruction for those hoping to make it into the business. The Attic Academy is a group of classes for Christian actors and filmmakers that allow them to study the process of making films with a Christian emphasis.

While the Christian film community continues to spread its wings, it’s good to know that there are Christian festivals out there for film lovers and creators to enjoy.

If you would like more information on Christian music festivals, feel free to check out this earlier piece we wrote. At the K-LOVE Fan Awards, we know how important Christian entertainment can be to believers and the effect it can have on the world. That’s why each year we award the artists, filmmakers, athletes, and authors who are making the biggest impact on the community. More than just another awards show, the K-LOVE Fan Awards feature amazing performances and give you the opportunity to meet some of your favorite Christian entertainers. Find out how you and your family can attend by clicking on the link below.