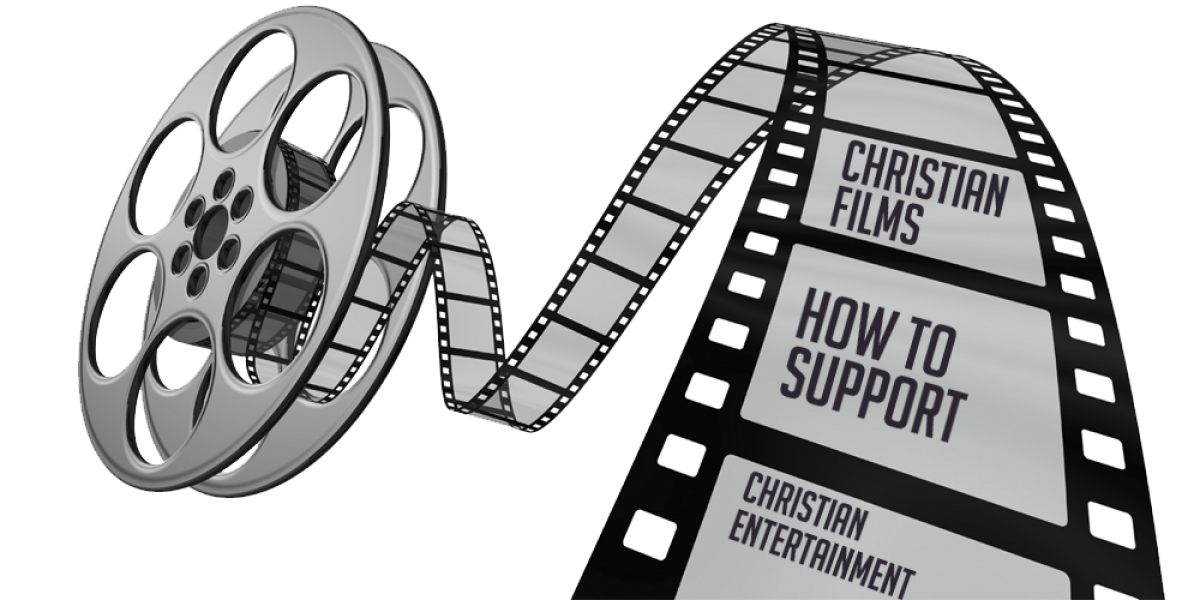 These days, there are all kinds of options available to fill up our time. Whether you like to browse social media, watch a football game on your phone, or test out your virtual reality headset, society is embracing new forms of entertainment that would seem crazy only a short time ago. What does this mean for believers? Now is the best time to support Christian entertainment.

As everyday people, we often see the gaps in society where Christianity can leave an impact, but we think that someone else will take care of it. This could be something on the mission field like not volunteering in the community or not giving to international missions. It may even be something as seemingly small as not being an active part of your local church.

This isn’t a time for judgment on anyone who has been sitting on the sidelines, but rather an invitation to think about the ways that believers can impact their country and the world. You may be thinking “How can a Christian film change lives across the world?” To answer that we ask you to consider the 1979 film simply titled “Jesus.”

Originally released in around 250 theaters, the film is an account of Christ’s life that sticks very close to its source material. Although the production quality may not hold up to Hollywood standards nearly 40 years later, it is still one of the best representations of the gospel captured on film.

The film was so powerful at the time that it was translated into over 100 languages within five years. To this day, the Jesus Film Project has translated the film into over 1,000 different languages and brought 200 million people to come to faith in Christ. That’s nearly ⅔ of  the population of the United States.

Not bad for a little piece of Christian entertainment, huh?

Of course, the vast majority of films, Christian or not, will not have a reach like the “Jesus” film. This example simply shows the power that media can have in the world today.

So how can someone like you, living in Kansas, Virginia, Oregon, or a thousand other locations across the world, have an effect with Christian entertainment?

This may seem like a simple answer, but this is by far the most effective way to support Christian films. No matter what genre or topic a film touches, Hollywood will be happy to produce films that make money.

With every decision to buy a ticket, Christian audiences are telling studio executives what they want to see. If you only go to the theater to see superhero blockbusters, nobody knows you might also be interested in Christian entertainment.

It never hurts to read reviews at websites like Plugged In before heading to the theater, but it’s a pretty safe bet that any films that claim to be Christian entertainment will be safe for your family. At the end of the day, only you know if something like “The Passion of the Christ” is okay viewing for your kids. 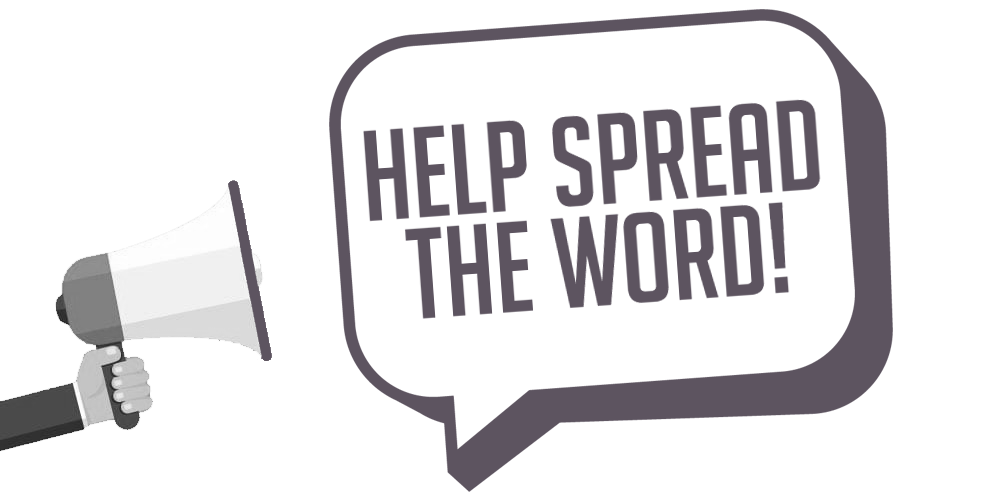 Spread the Word with Christian Entertainment

Word of mouth is often the way that Christian entertainment finds an audience. Whether that’s a pastor or Sunday School teacher making an announcement or a group of friends talking about what they’ve seen recently, this is a great way to support Christian films.

There is a tendency people have to not trust film critics because people who get paid to watch movies can be seen as being a little too academic for the average person. This feeling is multiplied several times over when it comes to Christian entertainment because A) there have been a fair amount of not-so-great faith-based films throughout film history and B) most secular film critics think Christian messages are corny.

Taking this into account, word of mouth is a great way to inform people of wholesome entertainment options. In fact, word of mouth is considered the most effective form of marketing on the planet. By going to see a Christian film in theaters and posting about it online, you have done a significant amount of work to help the industry.

These are the best ways to support Christian entertainment as a consumer, but you can also help by getting in on the action yourself.

Did you know that it’s fairly easy to host a screening for a film? Whether you want to bring awareness to genocide or introduce a Christian film to your community, serving as a host or film ambassador is a great way to get things moving. Hosting is actually pretty simple as all you really need are a screening license and a decent venue.

When it comes to hosting Christian entertainment, there are even some well-known companies eager to help you out. Lifeway Films is a division of the Christian bookstore that deals exclusively with helping your church or organization put together a screening. You’ll need to buy the rights to the film (usually $100-$300), but once that is out of the way you can start planning the rest of the event.

Hosting a film screening is usually done with movies that have already been released to DVD, so it doesn’t have quite the direct impact that seeing these movies in theaters does. On the other hand, opening people up to Christian filmmaking might help the next movie that comes to theaters get a better reception.

There are times when a new independent film is seeking people in major cities to host a screening. Even if it’s not technically hosting, there are many films looking for audiences to campaign to have a movie shown at a local theater. Called “Theatrical on Demand,” there are websites like Gathr where audiences can reserve a screening for their area. If enough people say they will come, the screening happens. If not, the film doesn’t get to be shown and no one is charged the price of admission. You may or may not like that idea, but it shows that there are new and exciting ways to find entertainment.

If you talk to independent filmmakers about the obstacles that come into play when making a movie, there’s a good chance they will complain about funding. There’s no shortage of talent, creative ideas, or people willing to help out. When push comes to shove, films are expensive.

You might be surprised to know that a lot of independent filmmakers only take home a small amount of income. Some of them average out to about the same money as a steady job in retail. Since most Christian films are considered independent, this includes a lot of the people making the movies that mean something to you.

Not only is it expensive to make movies, but it’s also hard to get them distributed to the theaters. Unless a larger studio comes along to foot the bill, an independent film, Christian or not, might die a slow death.

Most of us aren’t in everyday contact with Christian filmmakers, so this really comes down to people who have the ability to help. In major film areas like California, Louisiana, New York, Georgia, and Canada, there’s probably a Christian filmmaker or two looking for some funding. If you aren’t plugged into a scene like that, maybe take a look at crowdfunding sites like Kickstarter or Indiegogo. You never know where you might find a Christian movie looking for financial backing.

According to a 2015 poll, roughly 75% of Americans identify as Christian. While that number may be a little off one way or another, you can’t deny that this is a huge number of people.

Imagine how much overlap there could be between Christian entertainment and secular entertainment if Christians poured their money into faith-based films. Not hundreds or thousands of dollars, but billions of dollars would come from each of these self-proclaimed Christians buying one or two tickets each year.

Christians often talk about fighting against culture, but what if we found a way to use elements of culture for a Godly purpose?

On top of attending Christian entertainment events, the odds are in favor of there being an untold number of creative Christians who could use their skills and hobbies for a higher purpose. As believers, we should encourage these people to pursue their Godly gifts and give them the tools necessary for making a difference.

Maybe you are someone with low income who doesn’t know any Christian filmmakers. Perhaps this is all just a little too much for you to take part in. Would you pray for the Christians who are pursuing a career in these paths? Will you encourage others to get serious about helping faith-based filmmaking?

We can either stand back and laugh at the few cheesy films that don’t meet our standards, or we can support Christian entertainment like “Risen,” “Courageous,” or “War Room.”

If you’re someone who is interested in supporting Christian entertainment, there’s a good chance that you would also be interested in attending the K-LOVE Fan Awards in Nashville, TN. The ultimate fan experience, this weekend highlights the best in Christian music, films, books, and sports. To learn how you can attend, click on the link below.