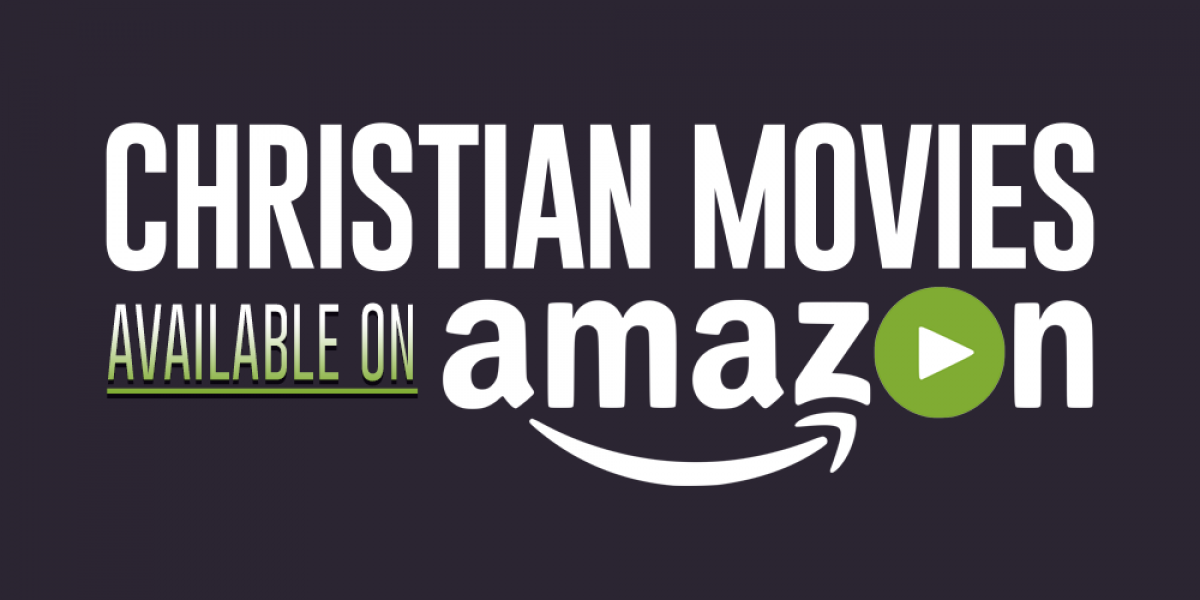 As technology and entertainment choices change over the years, families want to know where they can find Christian movies to watch at home. Streaming is the new frontier of entertainment with companies like Netflix and Hulu changing how we watch movies and TV. While there are plenty of good Christian films on Netflix, that company is far from the only one capable of delivering family friendly titles. Amazon is another group that has been soaring in popularity recently and it also has a streaming service available through Amazon Prime (a membership service that costs roughly $10/month). Here are some of the best Christian movies we’ve found free to watch on Amazon Prime.

"I Can Only Imagine"

Were you one of the few people to miss "I Can Only Imagine" in theaters? The 2018 hit has finally made its way to free viewing on Amazon Prime. Follow the life story of MercyMe singer Bart Millard as he reconciles with his abusive father and finds the inspiration for the worldwide phenomenon that launched his band's career. The movie took home the 2018 Film Impact Award at the K-LOVE Fan Awards where actors and musicians Dennis Quaid and Trace Adkins performed.

The brothers from for KING & COUNTRY recently got into the film business with this 2016 movie. Fans will notice the film takes its title from one of the band’s popular songs dealing with self-worth, beauty, and treating women with kindness. The plot follows a man down on his luck (Joel Smallbone) who agrees to drive a truck full of mysterious cargo. Once he discovers what’s inside, he has to choose between looking the other way and standing up for what is right.

Want a little music and romance with your family entertainment? "The Song" is the story of a marriage and the ways in which one man's music career threatens to end the romance that started it all. The film was an indie darling in 2014, bringing together viewers with its charm and modern day interpretation of the Biblical book Song of Solomon.

It’s not that difficult to experience division in a religious community over simple disagreements. In “Altar Egos,” viewers are able to see a more lighthearted take on these spats. When a young pastor (Robert Amaya from “Courageous”) changes things up at his church, the choir director declares war. While such issues in the real world may not always resolve in under two hours, this is a fun story about bridging the gap between generations and learning to work together.

History has provided us with the accounts of many brave Christians who stood up for their principles and pressed on when the going got tough. Among these heroes is WIlliam Tyndale, who risked his life to publish the Bible in English. His actions angered the Catholic Church as well as government officials, resulting in his eventual death. Tyndale is played in this 1986 production by the late Roger Rees, a character actor known for his work in television shows like “Cheers” and films such as “Robin Hood: Men in Tights.”

"Let There Be Light"

Playing a similar-but-different combative atheist in this self-directed film, Kevin Sorbo tells the story of a man who profoundly changes after surviving a car accident. "Let There Be Light" also stars the Sorbo family as its protagonists in a film about a broken family being brought together by faith. Get ready for a tearjerker if you watch this Christian film on Amazon Prime.

Many Christians movies revolve around personal tragedies and the steps we must take to move on with our lives. “Saved By Grace” is the story of a former cop who lost everything unexpectedly. Just as he has decided to end it all, a chance encounter with a stranger turns things around. We never know who God is going to put into our lives or what role they will play. This films reminds us of the power we have to affect the lives of those around us, even through the smallest of acts.

Christian movies are often period pieces depicting the story of Jesus or taking place in the early 20th century. Rarely do we get a look at the early Church post-Peter and Paul, though. “Polycarp” was a follower of Jesus who lived just after the time of the apostles. This film follows the man’s later years as he shakes up the local leaders and ministers to a former slave girl. While we can’t know everything that this early Christian endured, you can get started here.

The world of sports is another popular genre for Christian movies. There are plenty of football and basketball films with a Christian message, but “Remember the Goal” involves a sport not often seen on film, cross country. When a new coach comes to school and starts to employ strange tactics, everyone from the players to the school officials question her abilities. No matter how hard to discern her methods are, the coach has one goal: to win state. This is a nice Christian film that features a large number of female roles in a story that feels like a typical slice of life.

We all face challenges that try our faith, even those in full-time ministry. Corbin Bernsen stars in “Rust,” a film about a former pastor who returns home to find that an old friend has been implicated in an arson case that led to the death of a whole family. The story is not only concerned with the crisis of faith waging in the mind of the protagonist but the mystery surrounding this tragic fire. “Rust” is an interesting examination of small town life that features plenty of soul searching and intrigue.

Returning to the well of period pieces in Christian movies, “Freedom” looks at the struggle of slavery as experienced by two men of different races over the course of a century. The first man is John Newton, the captain of a slave ship who would one day write “Amazing Grace.” The other is a slave (played by Cuba Gooding, Jr.) who escapes his master in search of freedom. Over the course of the film each character learns what it means to be a man as they pursue what God would have them to do.

Dennis Jernigan is known for his biggest songwriting achievements with songs like “You Are My All in All,” but there is much more to his story than your standard worship leader. “Sing Over Me” is a documentary that chronicles Jernigan’s path from homosexuality and the impact of his music which came from that experience. We all have a story to tell when it comes to the grace that has been given to us.

These are just some of the best options for Christian movies when it comes to Amazon Prime. Of course, Amazon also has a system in place for you to rent/buy movies individually without being a member. These typically cost $3-5 for a 48-hour rental or $8-12 for a purchase. Don’t forget that there are also companies like Pure Flix that also offer Christian entertainment through streaming.

At the K-LOVE Fan Awards, we love to see Christian movies and hear spiritual songs that are impacting the community of believers around the country. We aim to celebrate all forms of Christian entertainment by connecting them with the fans who have been encouraged by each of these artists, filmmakers, athletes, and authors. Find out how you can enjoy the ultimate fan experience by clicking on the link below.