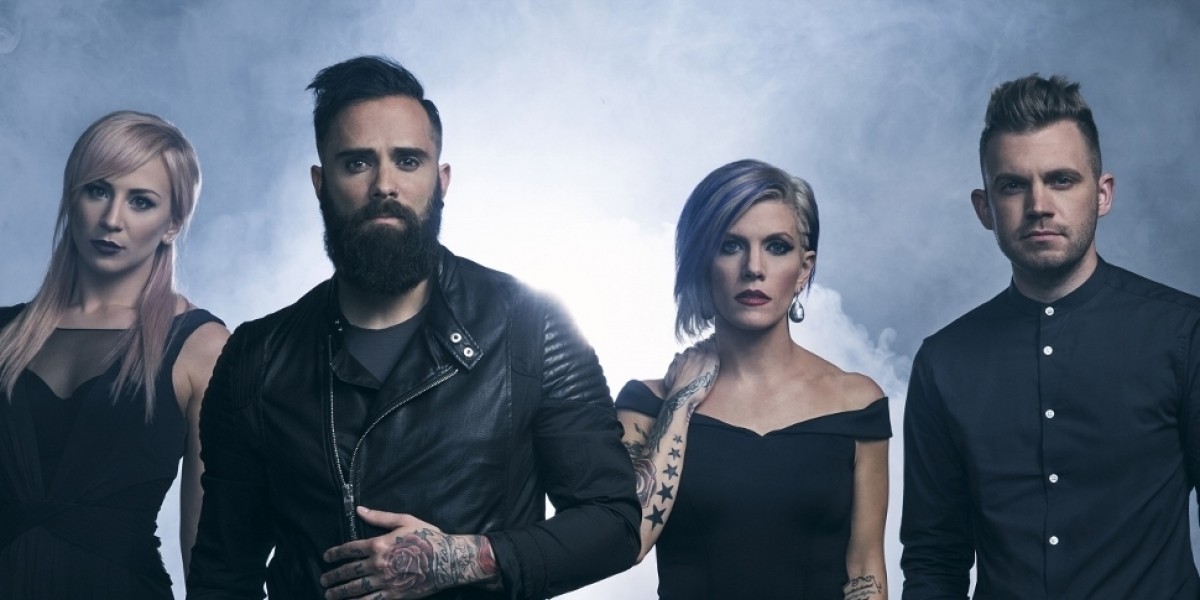 Between vacations, trips to the park, and family barbecues, there is a lot of potential for enjoying music in the summer. While you can find plenty of worship music and pop tracks these days, listeners who enjoy Christian rock songs can have a little difficulty hearing new music they love. That’s why we wanted to list some of the best Christian rock songs that are new for summer 2018. Ranging from folksy to alternative to hard rock, these songs will help you find a soundtrack for your summer. We hope our favorites quickly become some of your favorites as well.

Needtobreathe has a long history of writing soulful lyrics set to a Southern rock groove. Singer Bear Rinehart has a voice that conveys all the emotion and range you could want out of your Christian rock songs. “Walking on Water” was released on a 2017 EP containing extra material from the group’s album, “Hard Love.” The song calls to mind the Matthew 14 story where Peter walks with Jesus on the water. Like the Biblical account itself, the song is an encouragement to keep our eyes on Christ and to step out in faith when He calls us.

Another band that incorporates a Southern rock sound is the guys over at Carrollton. The group put out “Everything or Nothing” in the fall of 2017. Among that recording’s biggest successes is the hit single “Shelter.” The track has a really catchy chorus that will make even the most introverted listener start tapping his toe. Like “Walking on Water,” the song speaks of enduring a storm. Rather than venturing out to meet Jesus, though, this storm is a catalyst for us resting in the Lord’s protection. Both “Shelter” and its record are great follow-ups to Carrollton’s 2015 debut album, “Sunlight and Shadows.”

It might as well be against the law to make a list of Christian rock songs and not mention Skillet. The group has been plugging away for 20+ years and is as relevant today as ever. Skillet currently has four albums on the Top Christian Albums chart, a feat with which few other bands could contend. “Brave” is a little more radio friendly than some of the band’s louder hits, making it a perfect rock song for the summer. The single perfectly complements Skillet’s earlier song, “Lions,” in that both are great crowd-pleasers all about finding strength in God.

The legacy of Skillet doesn’t end with just its own music, as the band has inspired and help other musicians find a voice. LEDGER (aka Jen Ledger) has spent around a decade with Skillet as the band’s drummer, but she recently made her solo debut in a self-titled EP. Listeners will certainly notice a Skillet-esque sound, but she appears to have a good future if she ever hangs it up with the Christian rock band. “Not Dead Yet” is a powerful first single all about not giving up or accepting defeat.

“I Won’t Look Back” - Fireflight

If you like Christian rock songs featuring female vocalists, you’ll also enjoy this new song from Fireflight. Making albums since the mid-00s, the rock band is one of the biggest in Christian music today. “I Won’t Look Back” pulls from the always relatable feeling of conversion and cutting out bad habits. Whether you struggle with addiction or something as simple as not trusting God, this is a great track for remembering why you live the way you live.

Stepping away from hard rock for a bit, this jam from I AM THEY is a good summer rock song for when you driving with the windows down. “My Feet Are on the Rock” is the hit single from I AM THEY’s sophomore album, “Trial & Triumph.” If you’re looking for Christian rock songs that sit somewhere between Skillet and modern worship music, this is a good place to start. The song is just infectious enough to pull you out of any funk this summer.

“Let There Be Light” - Third Day

Although the group has often detoured into more of a straight worship sound, Third Day is one of the best rock bands to come out of Christian music. Led by Mac Powell’s signature vocals, the band’s final album, “Revival,” is one that retraces its roots for one final hoorah. “Let There Be Light” captures Third Day’s Southern rock/gospel roots and delivers a feel good song with a Christian message of blessing.

Five years ago JJ Weeks Band made a lot of heads turn with the stirring “Let Them See You,” a song all about Christians’ need to reflect Christ to everyone with whom they come into contact. The band’s latest single, “Fool’s Gold,” is a bit livelier and sure to make your summer playlist. A good combination for Christian rock songs is a captivating beat and lyrical truth, both of which can be found in “Fool’s Gold.” This is a good option for listeners who love rock music, but aren’t fully on board with the harder stuff.

Back in 2006, RED’s first album featured several extremely popular Christian rock songs, including “Breathe Into Me.” The group has been one of the most consistent bands of its kind as much of the Christian music industry has turned to pop and worship. “Gone” is one of the highlights to RED’s sixth studio album (which carries the same name). The song has a more electronic feel than much of the band’s other work, but it still fits nicely in its canon of work. Speaking on the idea of legacy and leaving an impact, “Gone” is a song that can kickstart a little purpose in your summer plans.

Ashes Remain is another well-known name in Christian rock circles as the band has been active since the early 00s. The band hopped labels recently, ending up at BEC Recordings, the same label that has partnered with groups like Hawk Nelson and Kutless. “Rise” is the hit song from the group’s 2017 album, “Let the Light In.” With just the right amount of rock and message, “Rise” is all about rejecting the negative forces at work in our lives and choosing to be something better.

We know not everyone looking for Christian rock songs is wanting something heavy, so we want to close out our list with a couple of great alternative jams. “What Freedom Feels Like” has worship leader Cody Carnes stepping into a more fun role of entertainer with a track that is contagiously fun. We all (hopefully) know what it feels like to overcome sin and enjoy grace. Stepping out of hopelessness and into freedom is something definitely worth celebrating with a song like this.

“Get Your Hopes Up” - Josh Baldwin

Bethel Music has been the springboard for several talented musicians over the years and Josh Baldwin is no exception. The first track on the singer’s 2017 album is “Get Your Hopes Up,” a song that is perfect for your summer activities. The track is an inspirational, uplifting one that promises to put you in a better mood than when you started playing it.

These are some of our favorite Christian rock songs from the last year or so. Each one has a certain draw for different listeners. You may just like the sound or perhaps the message being sung personally resonates with you. No matter which song or artist is your favorite, we hope these are just some of the powerful songs that fill your summer.

If you’re someone who enjoys Christian music, then you might be just the person we’re looking for at the K-LOVE Fan Awards. Each year we bring together the biggest names in Christian music and more for the ultimate fan experience. Find out how you can be a part of this amazing weekend by clicking on the link below.