Christian Wedding Hymns: The Best for Your Big Day 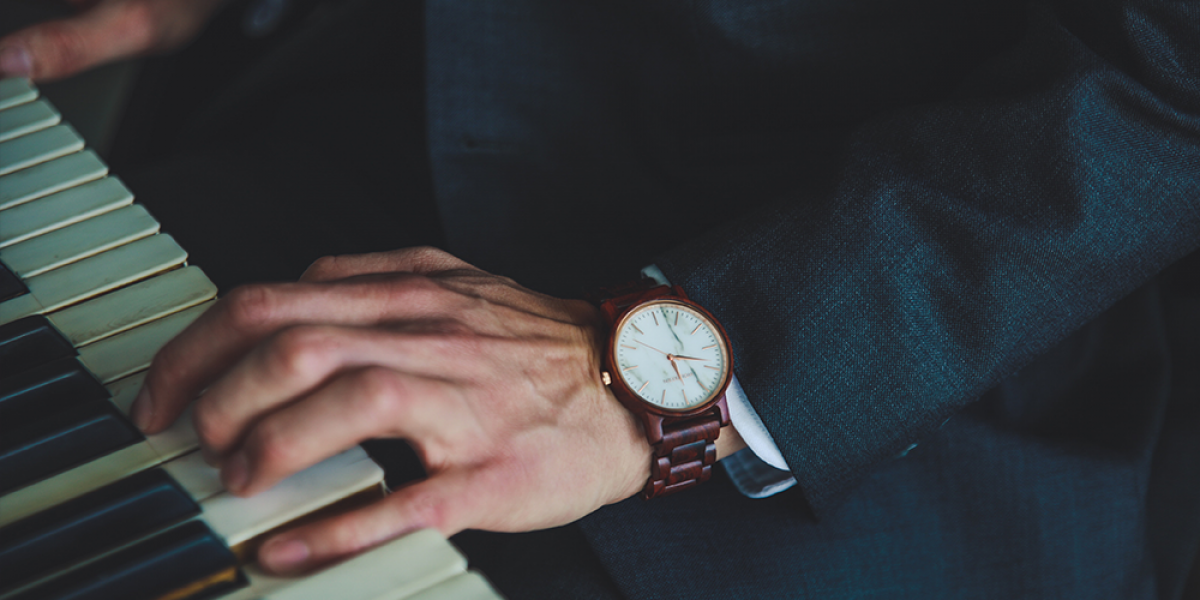 Music plays a big role in the wedding process. You want the right processional, the best dance number for the reception, and that heartwarming song being played by acoustic guitar as you and your new spouse light a unity candle. As far as the reception goes, everyone has different tastes in music and some don’t even play music, so let’s focus on music that is dedicated to the ceremony. There are so many Christian wedding hymns out there, some more well-known than others. As you try to find the best choice for your ceremony, we want to help you narrow down the options. Here are some of the most popular Christian wedding hymns out there.

“Be Thou My Vision”

We’ll knock out two of the most famous Christian wedding hymns of all time here at the beginning. “Be Thou My Vision” is translated from an old Irish poem written sometime between the 6th and 8th century. The hymn was created in the early 20th century by Eleanor Hull, a scholar and writer who did not spend much of her career working on hymns. The song is essentially a prayer to God asking Him to be first and foremost in our lives. We tend to concentrate on the bride and groom, but God is clearly at the head of the ceremony.

The other, and certainly most, famous of these two Christian wedding hymns is “Amazing Grace.” If we were to count the number of times the hymn has been used in weddings, funerals, and pop culture, it would probably eat up the rest of our natural lives. Still, these words penned by John Newton in the 18th century contain a flurry of emotion and truth that have made quite an impression on the world today. There are so many different versions of this classic hymn, but here’s one rendition from Joey+Rory from a few years back.

“All Creatures of Our God and King”

The long journey of this hymn’s creation took roughly 700 years. The first iteration of the words to “All Creatures of Our God and King” came from the writings of St. Francis of Assisi in the early 13th century. Like many hymns before and after it, the song was passed around to different people groups and translated into different dialects along the way. English hymn writer William Henry Draper took his own effort to the words and composed the hymn in the early 1900s. Today the hymn is recognized as one of the most popular in Christianity. In case you need a little humbling about whose “big day” it really is, this call to worship will remind everyone of what really matters.

“What Wondrous Love is This”

If you’re look for Christian wedding hymns that are easy to sing along with, the simple words of “What Wondrous Love is This” may seem appealing. The hymn has a long and complicated history of how it came into being, as many songs do. A little re-writing of the lyrics here and a borrowed melody there, what we now know of the song is a beloved composition that strikes through to the heart of the gospel: Christ’s love. Since this is often the metric to which romantic love is called to aspire, “What Wondrous Love is This” makes a solid choice for weddings. Here’s a modern take on the song in case you want to give it some kick.

“Blessed Be the Tie That Binds” - Christian Wedding Hymns

This is one of the many Christian wedding hymns that seems like it was designed for use in matrimonial ceremonies. Though there are surely more applications than this, “Blessed Be the Tie That Binds” is a song that speaks of all the great things to come out of marriage: companionship, sharing of burdens, love, and more. Sometimes titled as “Blest Be the Tie That Binds,” the hymn was written in the late 18th century by the theologian John Fawcett. The pastor of a church, he knew just how important Godly fellowship and caring for one another was to the health of a Christian community.

“Come, Thou Fount of Every Blessing”

On your wedding day, you might find it appropriate (we sure do) to acknowledge all of the blessings that God has bestowed upon you. “Come, Thou Fount of Every Blessing” is a song about recognizing that God takes care of us even when we refuse to acknowledge Him. Much like Romans 5:8 states, God has loved us and pursued us forever. When we sing this hymn we are inviting God along in the marriage and asking Him to keep us on the right path.

Most of the Christian wedding hymns on our list are written by American hymn writers or those from the UK who spent time in America. “Jesu, Joy of Man’s Desiring,” however, comes to us from one of the most talented composers of all time, Johann Sebastian Bach. The hymn combines the talent of Bach with that of other poets and writers who inspired him. The German composer’s famous song speaks of the joy which only Christ can bring. Whether played on strings or piano, the hymn has a lighthearted tone of festivity that is perfect for weddings.

“Great is Thy Faithfulness”

This is one of the most beloved Christian wedding hymns because by it we are reminded of the ways in which God orchestrates our lives throughout the years. A wedding is an occasion of two individuals coming together to start a new life, so it only makes sense to reflect on everything that God may have done leading up to the exchanging of vows. “Great is Thy Faithfulness” was written by Thomas Chisholm, an American writer, in the 1920s. His words describe the consistency of God and the ways in which He brings order to the universe.

“How Great Thou Art”

One of the many people you can thank for the popularity of these hymns is Bill Gaither, whose music ministry has celebrated these classic songs for decades. “How Great Thou Art” is an old hymn that bounced around Europe before finally making its way to the United States, meaning there are a number of different iterations out there. Thanks to Stuart K. Hine, who translated the lyrics, and to Gaither, who popularized the hymn during his crusades, “How Great Thou Art” has become the explosive proclamation of God’s greatness we love today.

“O Love That Will Not Let Me Go”

This 19th century hymn was written by a blind Scottish man named George Matheson. Like many of the great Christian hymns, Matheson penned these words of God’s enduring love during one of his most difficult trials. The song is a powerful reminder that God is our first love and He will be there for us no matter what. His assurance of companionship is something to be mimicked in a marriage as the betrothed vow before God and man to be there for each other through all of life’s uncertainties.

Fortunately there is no shortage when it comes to Christian wedding hymns. No matter what kind of sound you want to hear or message you wish to convey, there’s likely a wonderful hymn to fit the task. We applaud the decision to bring hymns such as these into your wedding ceremony and hope you choose something that reflects your trust in God’s wisdom.

Music can play so many different roles in our lives. From inspiring hope to soothing us after a long day, Christian music means a lot to those of us in the faith community. That’s part of why we do what we do at the K-LOVE Fan Awards. Each year we bring together the biggest names in Christian entertainment in order to provide the ultimate fan experience. Find out how you can see your favorite artists all in one place by clicking on the link below.