Christian Workout Playlist: Songs to Pump You Up 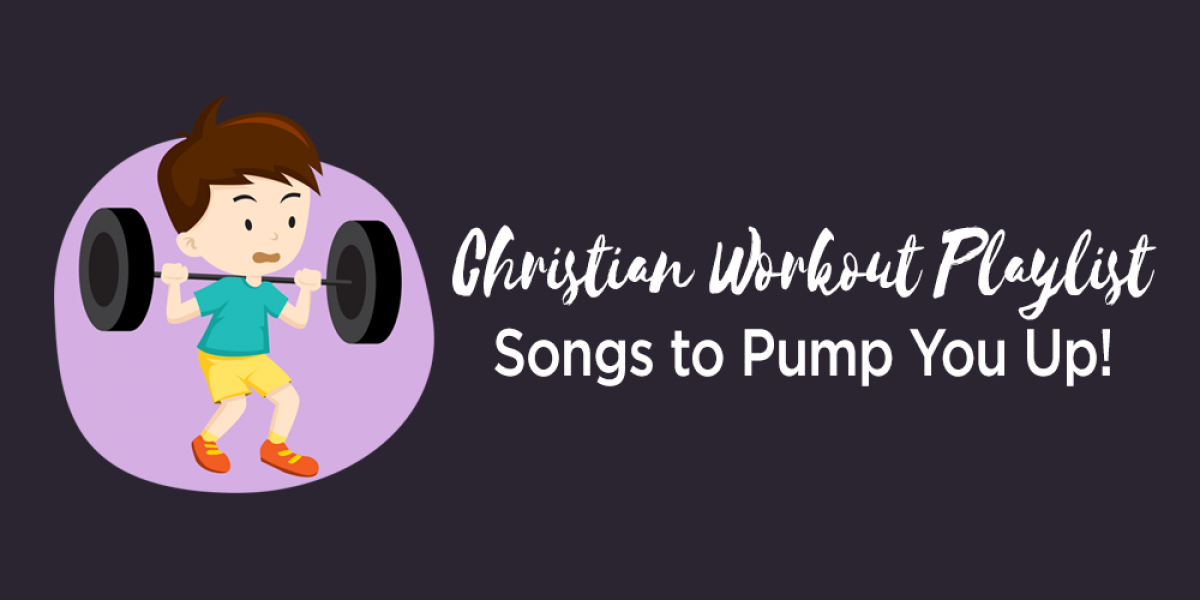 For years, listening to music was limited to riding in the car or carrying a stereo around with you. Today we can listen to our favorite music pretty much anywhere imaginable. That includes the gym. If you’re a Christian music fan, you’re going to want a Christian workout playlist to listen to while you pump some iron.

Thanks to a genre that is constantly expanding, we have a nice variety of singers and sounds to put together a great compilation. You don’t have to check Christian music at the door when you walk into the gym. Have a great workout and listen to some encouraging music. Here are a few of our picks for a fun Christian workout playlist.

Arguably the most famous Christian rapper, Lecrae is an artist with great skill and newfound mainstream appeal. This track opens up his 2012 album “Gravity” with some powerful lyrics and beats. Use it to start your workout with a bang and get things rolling.

The key to a strong workout mix is that you want something with a good beat that will keep you pumped. That’s why most people incorporate rap and rock into their mix. Putting these two together will keep your adrenaline up and ensure that the music doesn’t get too repetitive.

Skillet is one of the best Christian rock bands ever and “Monster” lives up to the band’s reputation. If you want to substitute this song for another of the band’s hits, we suggest “Feel Invincible.”

Just so you don’t get too amped up, it doesn’t hurt to have a few softer songs sprinkled throughout your Christian workout playlist. You do want to keep the beats going, though. That’s why we suggest Crowder’s “Run Devil Run” here. The song has a fun rhythm flowing through it that will get your bopping.

We know you probably listen to K-LOVE and other Christian music daily, so you’re probably looking for a new jam that will get you moving throughout the day. Jasmine Murray’s “Fearless” is a great new track that will keep you motivated during your run or while dropping off the kids. As an added bonus, you get to recommend the song to your friends and tell them you were ahead of the curve.

Another song featuring Lecrae, this is actually a remix/mashup of two of the Christian rapper’s hits. Teaming up with the guys from 116, this remix cranks the energy up to 11. After slowing down a little with “Fearless” and “Run Devil Run,” this track will give you a little swagger.

“What You Want” - Tenth Avenue North

Moving back into sort of a pop/rock feel, the guys from Tenth Avenue North have been putting out a really interesting sound with their last couple of albums. “What You Want” is a fun song with a great beat for your Christian workout playlist. Coming from their album “Followers,” you may also want to check out the song “I Have This Hope.” It’s not necessarily a great workout song, but we love it.

Nicole recently put out a self-titled album that features some great beats, but we decided to pick one of her older songs from 2012. “Gold” had a great run on radio, but it turns out it’s also a great jam for when you go to the gym.

If you’re starting to get a little tired of the mainstream sound, this Needtobreathe track should get you right back on track. As one of the hottest Christian bands with crossover appeal, the band knows how to put out some good tunes. “Feet, Don’t Fail Me Now” may be what you say to yourself as you approach that first wall in your workout, but this song will help you power through it.

Sitting in the middle of a rock’n’roll sandwich, this track from rapper Tedashii will give you a brief break from headbanging. “Free” is one of those songs that can keep your heart rate up in the gym but is just as good when you listen to it with the windows down on a nice day.

Red is about as heavy a sound as you will get when it comes to mainstream Christian music. The older generation may not be crazy about this entry on the Christian workout playlist, but remember we’re going for a little variety here. “Breathe Into Me” is one of the band’s biggest hits and it will serve you well as you start that third set with the dumbells.

For a lighter rock sound, try Switchfoot’s “Oh! Gravity.” These guys may be mellow Californians, but they can put out some great music for your Christian workout playlist. At only about two and a half minutes, this is a quick little song that will keep the blood flowing.

“Love With Your Life” - Hollyn

One of the biggest rising stars on the Christian music scene, Hollyn made a name for herself with a self-titled EP in 2015. As the first single from her first full-length album, the 20-year-old singer has put together a song with some great beats for your trip to the gym.

Getting back to a little rap/rock mix, here’s a song that might be a little “youthful” for the average listener. If you can get into this sound, you will love having “Chainsaw” on your Christian workout playlist. It may not be for you, but this is a song that will certainly get you moving. Give it a listen and see if you have what it takes to keep up.

TobyMac has done his fair share to help bring hip hop into the Christian genre. He’s also helped artists like Hollyn and Ryan Stevenson get their names out there. If that wasn’t enough, he’s still putting out great music too. “Move (Keep Walkin’)” is a song that will help you do just that. From his album “This is Not a Test,” the song works in intervals of mellow and upbeat which may be just what you need as you hit around the 45-minute mark of your workout.

This one starts out a little slow, but “Burn Like a Star” is one of those songs that just makes you happy. In fact, the album it comes from is titled “The Art of Celebration.” Rend Collective may not get your adrenaline pumping quite like Family Force 5 or Lecrae, but they certainly know how to make great music.

If you’ve ever turned on K-LOVE in the car on the way to work, there’s a good chance that you’ve heard Mandisa’s “Overcomer.” Just like the previously mentioned album by Rend Collective, Mandisa just makes music that inspires happiness. Combine that with a great beat and you’ve got a good workout song for your Christian workout playlist.

“For the Love of the Game” - Pillar

As we wrap up this workout mix, it’s time for one last push to help you make it to the end. Pillar will give you the extra umph you need to finish that last set at the squat rack. If the music itself doesn’t get you pumped, the lyrics are all about perseverance and determination. Not a bad message to receive while you complete your workout.

Time for the cooldown. You’ve made it through your workout, but you need to do a couple of stretches and breathing exercises to bring yourself back to earth. West’s “Grace Wins” is an uplifting song that will send you out on a good note. What better way to return to the real world than to hear about how “grace wins every time?”

We seem to be living in a golden age of Christian music, so take advantage of it by creating a great Christian workout playlist. There are easily a hundred other songs that we could have used here, but you get the idea.