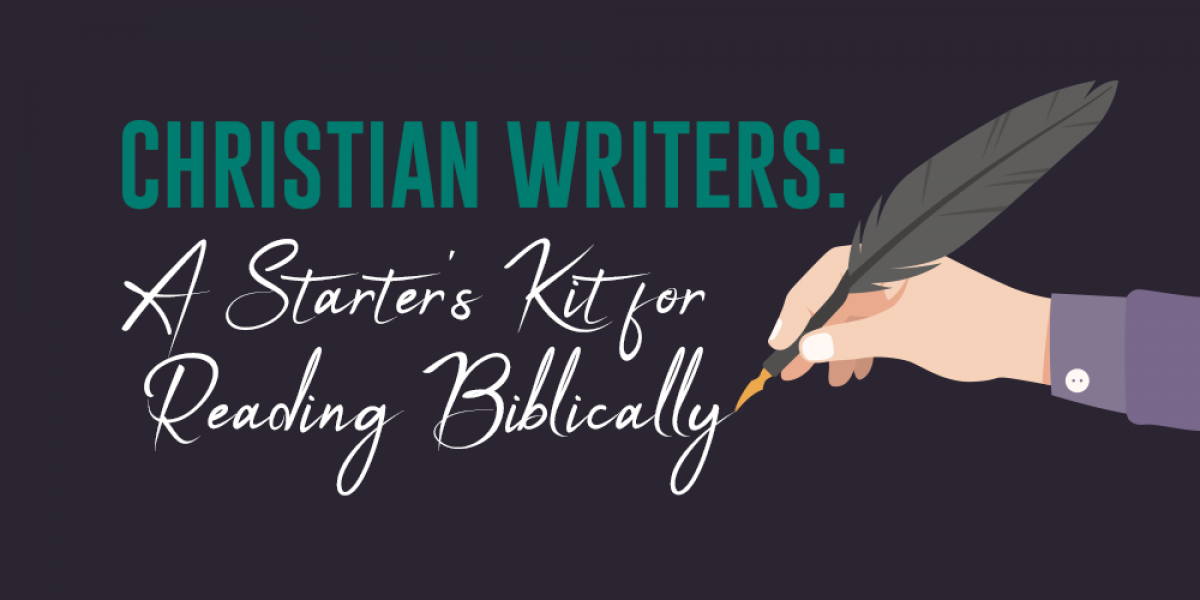 For someone who is just starting to get serious about his/her faith, whether as a new convert or one looking to dive deeper, it can be hard to navigate all of the great Christian writers who have lent their knowledge over the centuries. You can find wonderful insight on theology, strong works of allegorical fiction, and so much more through the books written by Christian writers from around the globe. You can find something to glean in just about any spiritual book, but we want to give you a starter’s kit for committing to read Biblically. Of course, we’d like to remind you that the Bible itself is the best place to start. Aside from that, however, there are quite a few authors who can provide insight or inspire your faith. Here are some of our favorites broken down into a few categories.

You can’t argue with a classic. The religious world has been blessed with no small number of powerful Christian writers who have made quite an impact, but in order to keep this article somewhat shorter than Webster’s Dictionary, we’ll have to settle on only three names (We know, it hurts us as well.).

When starting a list of essential Christian writers, it would be difficult to not place C.S. Lewis near the top of the list. Lewis had a knack for tackling complex theological questions with clarity and understanding like few authors ever could. His most famous works include “Mere Christianity” and “Screwtape Letters.” His allegorical fiction is top notch, as not only the Chronicles of Narnia series proves but also “The Great Divorce” and others. A new reader of theology may have a tough time adjusting to Lewis’ process, but eventually the wisdom in his writing will make itself known.

An influential author who lived nearly the exact same era as C.S. Lewis is one Aiden Wilson Tozer. One major difference between Tozer and Lewis, however, is education. Where the latter was quite the academic, A. W. Tozer taught himself rather than attending high school or college. He even began working as a pastor without an overwhelming amount of theological training. This may be why Tozer’s writing is so accessible, despite being profoundly wise. Two of his most popular writings are “The Pursuit of God” and “The Knowledge of the Holy.”

We could put so many great Christian writers in this spot, but let’s jump back to the 4th century and talk about one of the earliest Christian writers not featured in the Bible. Although a saint in the Catholic church, his writings sow some of the earliest seeds for the Protestant reformation that came a millennium after his death. Much of Augustine’s writings discuss divine grace, the separation of that which is holy from that which is earthly, and original sin. Given the time period in which his works (“City of God,” “Confessions of St. Augustine,” etc.) were written, you might need to take your reading a little slowly. The time is worth it, though, because Augustine has influenced the vast majority of Christian thinkers over the last 1600 years, making him a perfect addition to this list of Christian writers.

We know that for some who are just starting to read Biblically, seeing a name like St. Augustine may sound a little ominous, so how about a few contemporary authors who are putting powerful thoughts to paper in an easily understood way? These are just four of the best Christian writers at work today.

Every once in a while, a book takes the Christian community by storm. “The Circle Maker,” a bold approach to prayer, was one such book. Mark Batterson is a pastor in Washington, D.C., but for many he is one of the biggest Christian writers of our day. On top of this one bestseller, Batterson has also released “Chase the Lion” and “All In.” If you summarize the work of Mark Batterson, most of it boils down to being courageous, trusting God, and pursuing your dream.

All of the Christian writers on this list have a certain demographic with whom they resonate. For Lysa TerKeurst, that group is women who are struggling with self-worth or the chaos of life. Although this is what her material mostly focuses on, there are plenty of readers from outside of that circle who find the author’s work to be powerful and full of meaning. “Uninvited” is a book that helps us deal with rejection and the pain of comparison while “Unglued” and “The Best Yes” are all about making healthy, God-honoring choices in our lives.

Another one of today’s most popular Christian writers is Kyle Idleman. A pastor just like Mark Batterson, Idleman has authored several books that have resonated with today’s audience. Among his better known work are “Not a Fan” and “Gods at War.” The former is a book that combats the dangerous belief that we can simply be fans of God without committing to Him. The latter is an examination of the different gods we try to give priority to instead of the One who deserves it.

The last of our contemporary Christian writers needs very little introduction. Beth Moore is one of the most highly regarded religious authors of our time, with multiple books, bible studies and live events being taken part in by people around the world. “Believing God” is arguably Moore’s most beloved book. In it she discusses what it means to believe that God is who He says He is each day. Not just that He is God, but trusting that He cares for us and that He knows what He is doing. Another one of her top books is “Breaking Free.” Ultimately we find freedom when God is able to work within our lives and we have removed the strongholds that keep us separated from Him.

Perhaps you are looking for some reading material that is a little lighter, but still comes with Christian worldview. Fortunately there are plenty of Christian writers who are telling powerful stories through the realm of fiction.

Whether you like Christian romance novels or simply enjoy a good family-friendly story, Karen Kingsbury has all kinds of books for you to start right now. The author got her start writing crime novels in the 90s, but changed over to more faith-based family work after her first few books. A large portion of her work is based around the Baxter family, an Indiana-based group of characters that exists across several generations. Some of the bigger novels in this series are “Love Story” and “A Baxter Family Christmas.” You can also check out the “Angels Walking” series.

If the idea of romance novels makes you gag a little, maybe you’re looking for something more in line with science fiction, horror, or the supernatural. Ted Dekker is one of the strongest Christian writers when it comes to these themes in fiction. The author started to gain notoriety in the early 2000s with the publication of books like “Thr3e” and the Circle series. He also collaborated with longtime author Frank Peretti on a supernatural thriller titled “House.” Both it and “Thr3e” were adapted into films. If you want some literature that proclaims Biblical values while also delivering a little spookiness, you can’t go wrong with these.

Francine Rivers is a big name when it comes to Christian fiction. “Redeeming Love,” released over two decades ago, is one of the most beloved Christian romance novels of all time. The 19th century take on the story of Hosea solidified Rivers as an author to remember. In addition to that novel, she has delivered a number of well performing books like those found in the Mark of the Lion series as well as standalone stories like “Bridge to Haven.”

So if you’re wanting to jumpstart your reading list with some of the best Christian writers around, these are some great names to put you on the right path. Along the way you may pick up books by John Piper, Ann Voskamp, Matt Chandler or any of the other dozens of authors who are doing important work today.

The K-LOVE Fan Awards is a one-of-a-kind event dedicated to celebrating the musicians, authors, filmmakers, and athletes who are having a profound impact on the Christian community. Click on the banner below to find out how you can be a part of the ultimate fan experience.