Christmas Hymns From the Past We Still Love Today 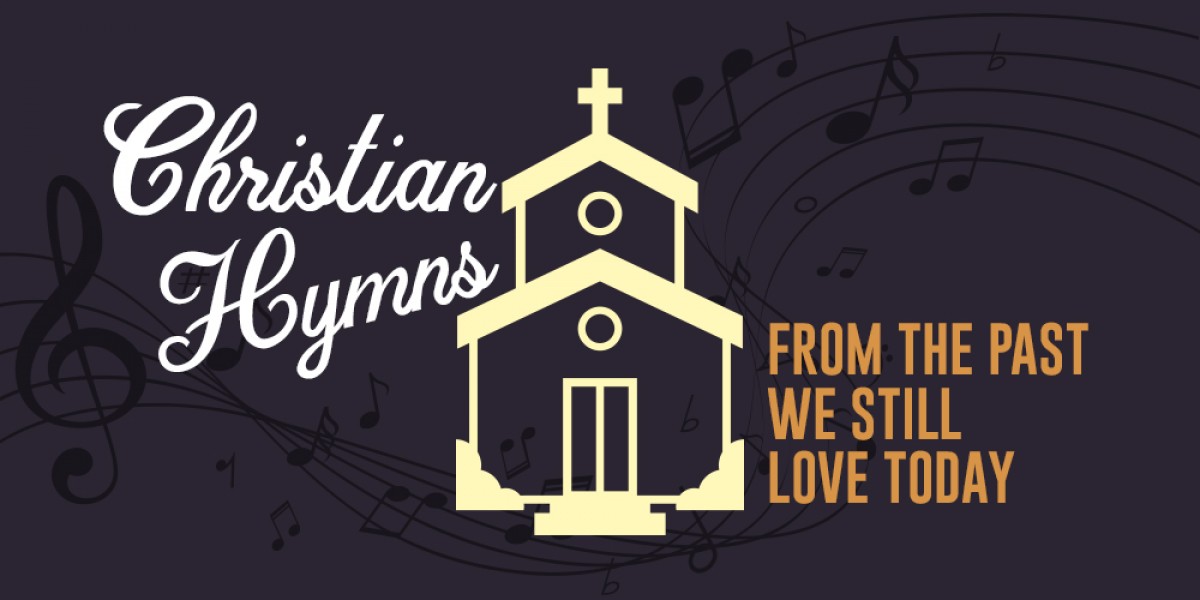 Wrap those gifts and hang those stockings, cuz’ it’s time to make merry this holiday season. We all have our favorite holiday traditions, many of which revolve around the great Christmas hymns from the past. Over the last few hundred years, there have been so many great songs written to celebrate Christmas. There’s a reason why every musical artist tends to pick from the same 20-30 hymns for their Christmas albums. These songs make us happy, give us hope, and help us to remember the reason for the season. Here are some of our favorite Christmas hymns from the past.

Many Christmas hymns, including a few that we’ll see later on this list, are songs of celebration concerning the birth of Christ. We know from the biblical account that this occasion called together many people from different backgrounds to witness the birth of He who would die for all mankind’s sins. We don’t know for certain who authored the famous hymn, but most historians credit the original Latin words to John Francis Wade in the mid-18th century. It was eventually translated to the song we know today in the 1800’s.

This is a song that has been covered by every major artist in the modern era: Kelly Clarkson, Bing Crosby, Josh Groban, The Temptations, and so on. It all started in the early 1800’s when a young priest named Joseph Mohr penned the words for Christmas mass at his small Austrian church. The beauty of this song is its very subtle, but soothing, melody. It almost feels like a lullaby that takes us back to our first Christmas experiences. The message of the song is one that brings hope because perfect peace and love have arrived in the form of a baby. Here’s a trio of talented singers taking on the song.

Away in a Manger

A sad story for many old Christmas hymns is that we simply don’t know who wrote them. For a long time it was thought that this song was written by the reformer Martin Luther, but there is very little evidence to suggest this. Instead of being written 500 years ago, “Away in a Manger” is now believed to have been written near the end of the 19th century by a community of German Lutherans in the northeastern United States. The hymn is a favorite for parents as it examines the concept of Jesus as a baby.

Arguably the best of the more serious Christmas hymns, “O Holy Night” is a powerhouse of a song that encapsulates everything that is remarkable about the birth of Christ. Like “Silent Night,” it revels in the mediocrity of Jesus’ birth while also proclaiming the impact that is to come through His birth. Written and composed by a pair of Frenchmen in the 1800’s, the song was given its current translation by an American named John Dwight in 1855. There are too many versions of the song recorded today for us to pick a favorite, but we like this performance by Jordan Smith on the singing competition show “The Voice.”

Joy to the World

If you’re looking for a Christmas hymn that is an explosion of exuberance, this is your song. Sung as the angel’s declaration of Christ’s birth, “Joy to the World” reminds us that Christmas is the deliverance on a promise for Israel that spanned thousands of years. The song was written by one of the greatest hymn writers of all time, Isaac Watts. “Joy to the World” is an updated look at Psalm 98 as Watts saw the coming of Christ as the ultimate victory for mankind.

When we earlier discussed “Away in a Manger,” we talked about how difficult it can be to ascertain the original author of many old hymns. While we know that “The First Noel” appeared in hymnbooks in the 1820’s, that’s about as close as historians have come to understanding who first penned the words. Like “Silent Night” and several other Christmas hymns, “The First Noel” is a song that instills peace and love as it shares the story of Christ’s birth. Unfortunately the lyrics are not very accurate to the Bible, but it’s a wonderful song all the same.

Angels We Have Heard On High

As is the case for many Christian hymns, “Angels We Have Heard On High” is a song that has been through several interpretations, rewrites, and translations. It is originally a French carol that was written into English by James Chadwick in 1862. The song is written as if by outside observers who are taking in each element of the Christmas story. The author hears the angels, sees the reaction of the shepherds, and implores for all to see the momentous occasion. Other versions of the hymn have the story being told from the perspective of the shepherds, which makes sense given the title. Here’s a fresh take on the song by Christian recording artist Sarah Reeves.

Unlike the jolly greetings we often toss around at Christmas time, “O Come, O Come, Emmanuel” is a solemn song of anticipation and fervent prayer. Many Christmas hymns were written in the 18th and 19th centuries, but this song’s origin began a millennium earlier. Taken from a Latin text in the 9th century and then written into several different variations over the years, it finally became the hymn we know today in the 1850’s. John Mason Neale, an English clergyman who also wrote “Good King Wenceslas,” put together this famous Christmas hymn and gave it the voice needed to last through the years.

What Child Is This?

As many great films are adapted from literature, a few Christmas hymns come from the world of poetry. “What Child Is This?” is taken from the work of William Chatterton Dix during the Civil War era. Though his main source of income was a job in insurance, Dix wrote several hymns and books during his life. The song, which is sung to the English tune of Greensleeves, is one that looks upon the newborn Jesus in anticipation for all that His life will bring. Although it sounds a bit somber, it actually has a spirit of wonder.

Another triumphant Christmas hymn, “Hark! The Herald Angels Sing” captures the joy of Christmas and calls for all of nature to take notice. Where “Joy to the World” celebrates the essence of who Christ is, Charles Wesley’s famous Christmas song discusses why His coming is so important. The lines “Born that man no more may die / Born to raise the raise the sons of earth / Born to give them second birth” tell us exactly why Christ was necessary and why we should rejoice in His birth.

Preacher Phillips Brooks was looking for a new song for his congregation to enjoy at Christmas in 1867 when he put together this classic hymn. Having visited Bethlehem only a few years prior, Brooks felt inspired to write lyrics for a song about the birthplace of Christ. One of the many prophecies of the Old Testament is found in Micah 5:2 where it is foretold that this small town would play a sizeable role in the coming of the Messiah. The song is a testament to the fact that God often uses unlikely people and places to accomplish His will.

These Christmas hymns and others like them have been a tradition for people around the globe for centuries. As we celebrate this wonderful holiday, we look back on those who came before us and passed down the beliefs and customs that we love still today.

It’s funny how a certain song can bring us warm feelings or transport us through time. Christian music, be it contemporary or centuries old, can have the same effect in helping us to worship and tell our stories. At the K-LOVE Fan Awards we seek to honor the Christian entertainers who are reaching people each and every day. Bringing together the biggest artists and the fans who love their music, it’s the ultimate experience. Find out how you and your family can join the fun by clicking on the link below.