12 Easter Hymns That Celebrate the Resurrection 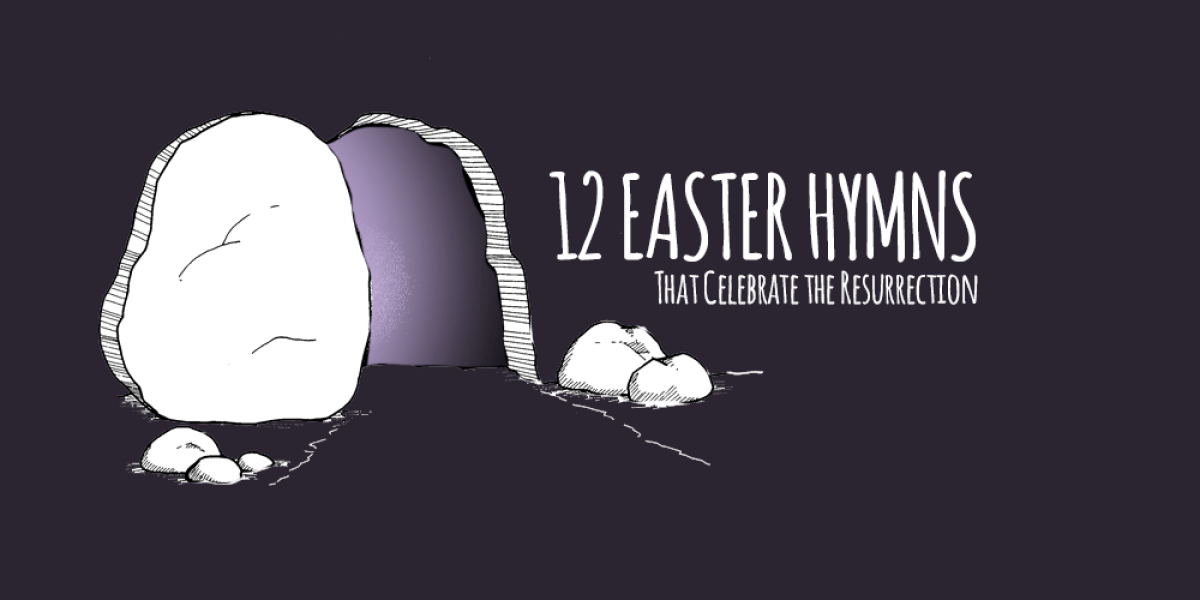 As we draw closer to another year of celebrating Easter, we are thankful for Christ’s sacrifice and the enormity of influence it has on us from generation to generation. The Church has long enjoyed this celebration through a variety of remembrances, including a large number of Easter hymns which we still sing today. Here are some of the best known Easter hymns that celebrate the resurrection of our Lord and Savior.

Although this one is newer than most of the songs on this list, this 2001 hymn has become wildly popular in church services and youth groups across the country. The song reaches its crescendo when it approaches the subject of the resurrection. The lyrics go from the tomb to Christ’s victory over death here: “There in the ground His body lay / Light of the World by darkness slain / Then bursting forth in glorious day / Up from the grave He rose again / And as He stands in victory / Sin’s curse has lost its grip on me.” Sung by Natalie Grant, Kristian Stanfill, Keith and Kristyn Getty, and many others, the song is quickly becoming an Easter classic.

Fun fact: There’s another song called “In Christ Alone” originally sung by Michael English that is also an excellent song for Easter.

“Up From the Grave He Arose”

This short Easter hymn is known under several names, depending on where you heard it first. Also known as “Christ Arose” and “Low in the Grave He Lay,” the song is popular for its jubilant refrain which exclaims “Up from the grave He arose / With a mighty triumph o’er His foes.” This is one of two Easter hymns on this list written by Robert Lowry in the 1800’s.

“How Deep the Father’s Love For Us”

Like “In Christ Alone,” this is a fairly modern hymn written by Stuart Townend. The song doesn’t sound anything like the new worship classics of today, though. “How Deep the Father’s Love for Us” has a distinct tone to it that would make you think it belonged in the 18th or 19th century like many Eastern hymns. The song makes mention of the resurrection, but the cross is more of its central theme. Gazing upon the immense pain and loneliness of such a terrible death gives us new perspective on Christ’s sacrifice.

“Jesus Paid It All”

Written by a middle-aged church woman near the end of the Civil War, “Jesus Paid It All” has endured for over 150 years due to its timeless and simple message. Like many songs from Easter, it focuses more on the death of Christ than His resurrection, but it really drives the point home. “Jesus paid it all / All to Him I owe / Sin had left a crimson stain / He washed it white as snow”

“Because He Lives” - Easter Hymns

Bill and Gloria Gaither have spent a lifetime contributing to Christian music a number of great hymns. One of the most popular songs is “Because He Lives.” This hymn is powerful because it looks beyond the cross and focuses on what the resurrection of Christ means for us today. We know that we serve a God who is not buried in the ground, but who lives today. “Because He lives, I can face tomorrow / Because He lives, all fear is gone / Because I know He holds the future / And life is worth the living / Just because He lives.”

“Christ the Lord is Risen Today”

Penned by Charles Wesley in the 1730’s, “Christ the Lord is Risen Today” is a song specifically written for the celebration of Easter. Stanza after stanza of this classic hymn is an explosion of praise basking in the triumph of God’s victory over death. The song has been a staple of the Easter tradition for centuries and is a perfect fit for this list.

As you can imagine, this is one of the Easter hymns that sees the cross as both a sign of pain and one of freedom. Sung with a somber tune, “The Old Rugged Cross” goes back and forth between viewing the cross in human terms as well as what it means for believers. This classic hymn was written by George Bennard in the early 1900’s. It has been covered by an untold number of church choirs, Christian artists, and even a few country musicians like Alan Jackson and Brad Paisley.

“Crown Him With Many Crowns”

Written by Matthew Bridges in 1851, this hymn is one of the old Christian songs that still brings down the house today. Best sung with a large choir, it is a song in complete adoration of God that gives Him the respect that He is due. By paying our ransom and defeating death, He is worthy of the celebration in “Crown Him With Many Crowns.”

“There Is Power In the Blood” - Easter Hymns

Sometimes referred to as simply “Power in the Blood,” this Easter hymn was written on the eve of the 20th century by Lewis Jones. At this time of year (and always, really) it’s important to remember the importance of Jesus’ death and what it means for us. This song is a reminder that the blood that paid for our sins is transformative and powerful. It gives us the strength to keep moving and the will to live a different life.

“When I Survey the Wondrous Cross”

Written by Isaac Watts in the early 1700’s, this is one of the oldest Easter classics on this list. A thoughtful and moving song, “When I Survey the Wondrous Cross” takes in the full view of Jesus’ sacrifice. The cross is a symbol of pain, but it also brings with it hope. When we consider everything that was accomplished in that moment, it demands a response. This is why the song ends with “Love so amazing, so divine / Demands my soul, my life, my all.” The Gaithers have covered the majority of these Easter hymns, so it just makes sense to include one of their performances here.

“Nothing But the Blood”

Similar to “There Is Power In the Blood,” this classic hymn is a simple testament to the revolutionary power of Jesus’ blood. By His blood we are redeemed and forever changed. It is our only hope in reconciling with the God who created us.

“There Is a Fountain” - Easter Hymns

Building on the idea of the power of Jesus’ blood, “There Is a Fountain” is another one of the great Easter hymns that touches on the subject. We have only but one source for forgiveness and grace and that is found in Jesus’ sacrifice on the cross. As the song states, the fountain flowing from Immanuel’s veins is the only thing that can help us to lose all of our guilty stains.

These are just a few of the Easter hymns that celebrate the resurrection. Many of these songs are centuries old, but the truth contained in the lyrics is as real today as it was when the ink was still wet. The K-LOVE Fan Awards exists to celebrate the people who are creating wonderful music like these songs for future generations. Bringing together the biggest names in Christian music and more, the result is the ultimate fan experience complete with jaw-dropping performances and a weekend unlike any other. Find out how you can be a part of the next K-LOVE Fan Awards by clicking below.