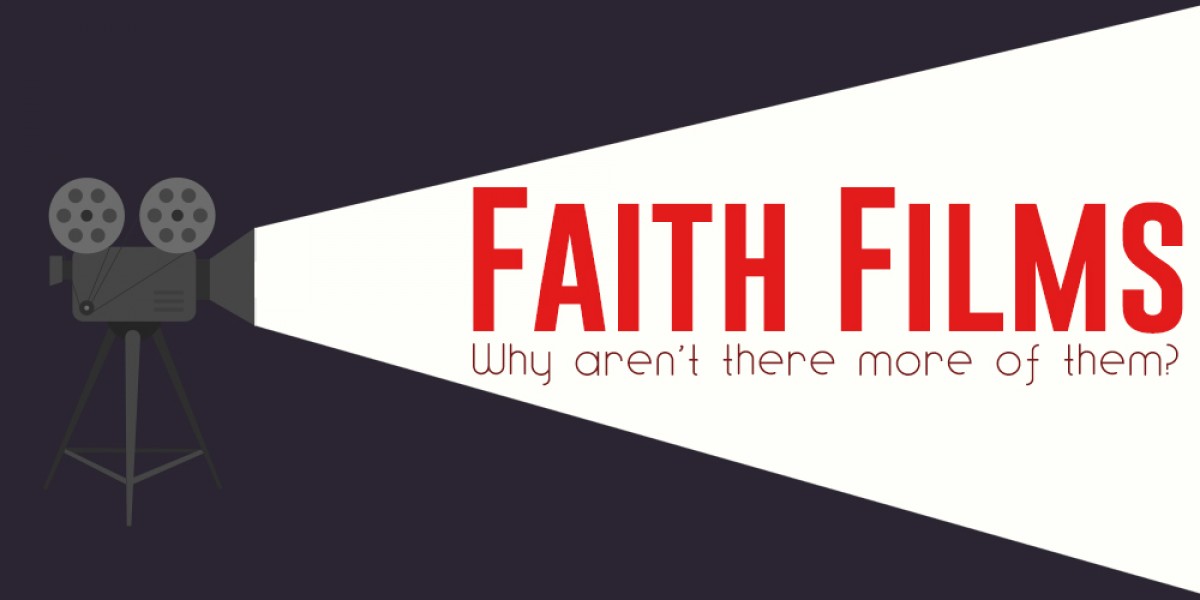 With the summer movie season in full swing, we’ve seen superheroes saving the galaxy, metal robots fighting to protect the earth, and web-slingers being friendly in the neighborhood. It’s clear to see that our imaginations love to run wild at the movies, even if we wish Hollywood had a few more original tricks up its sleeves. Seeing how Hollywood is willing to spend over $150 million each on most of these blockbusters, Christian audiences might be wondering why there aren’t more faith films playing at their local theaters. After all, if Hollywood can blow $175 million on a King Arthur film that almost no one went to see, why can’t we get a couple more faith films that typically cost less than $5 million to make?

There are a few reasons why Hollywood is not that interested in making Christian movies a priority, but the town is not the only one holding back the potential of faith films. Let’s look at some explanations why these films are not as popular as more worldly options.

Faith Films Deliver a Message Incompatible with the Secular World

It is no secret that the world we live in has a different set of priorities than the Christian perspective. We can see this simply by looking at what makes the bestseller lists and wins the awards. For starters, Hollywood is always looking for something that pushes the envelope. While there are ways to break barriers in a positive manner, entertainment typically steers toward vulgarity and sexuality as the means to groundbreaking achievements. The problem with pushing the envelope is that it only takes society a few years to adapt to a new normal. What was outlandish in the early 2000’s is now pretty mundane.

The message that Hollywood is looking to sell through film and TV these days is inclusivity. If you are creating a new project, your cast better include African Americans, Asian Americans, a person with a disability, and at least one or two gay or lesbian characters. Believers know from reading verses like John 3:16 that there is an element of inclusivity in Christianity, but it is not in the same sense that the world uses the term. In Christian circles, the message breaks down to “You are just as broken as I am, but there is One who loves you and can heal all wounds.” The secular idea is “You are perfectly fine the way that you are and anyone who doesn’t accept that is wrong.”

Tolerance and inclusivity isn’t the main reason why Hollywood doesn’t like Christian films, though. It just isn’t that interested in religion. At least not one that has been a part of daily life in America for centuries. There’s nothing exciting in the Christian life by their storytelling standards. Going back to the idea of pushing the envelope, Hollywood wants flawed heroes who battle inner demons and live dangerously. You’re not going to get that in faith films 99% of the time. This is why Christian stories are generally family pictures where the stakes are low and the drama typically comes from a medical condition or sports.

When we recognize that Hollywood doesn’t have the same worldview as us and thinks the Christian life is boring, it’s no wonder why they wouldn’t make films about us.

Christian Audiences Can Be Unreliable

This is the part that will sting a little. Polling data tells us that nearly 75% of Americans identify with Christianity, with roughly half of all Americans being Protestant. This tells us that the biggest market in the United States is the Christian demographic. Roughly 240 million people in the US identify as Christian, but we are a minute blip on the radar when it comes to box office success. Looking at figures unadjusted for inflation, there are only four faith films that have reached the milestone of $100 million at the US box office: three Narnia films and “The Passion of the Christ.” The most recent of these came out in 2010. Even looking at the achievement of Mel Gibson’s film getting $370 million in domestic earnings, it means that, at best, 60 million people went to see the film. Considering the possibility of repeat viewings, that number is probably closer to 35-40 million people (avg. ticket price in 2004 was a little over $6). By far the most successful Christian film of all time, “The Passion of the Christ” was able to get roughly one out of every six Christians in the country to see the film.

This is no small feat, especially for an R-rated film, but the numbers get more depressing when we start to look at films that take place outside of Narnia and the one Gibson movie. “War Room,” one of the highest-earning Christian movies of all time, sold around 8 million tickets in the theater. Again, taking repeat viewings into account, that means maybe 5-6 million people saw the film in theaters. Another way to say that is that the biggest Christian film of 2015 (sixth biggest all-time) got about one in 40 Christians to go see it. For comparison, “Star Wars: The Force Awakens” had the biggest domestic box office in 2015, selling about 110 million tickets. Should we expect every Christian film to compete with a franchise juggernaut like Star Wars? Absolutely not. However, the numbers show that Christian audiences are rarely willing to show up for faith films.

So far in 2017 there have been four Christian films to hit theaters: “The Shack,” “Slamma Jamma,” “The Case for Christ,” and “The Resurrection of Gavin Stone.” With a bestselling book and a massive marketing campaign, “The Shack” was able to make $57 million. Taking the silver is “The Case for Christ” with $14 million. “The Resurrection of Gavin Stone” pulled out the bronze with a little over $2 million, while “Slamma Jamma” was around $1.6 million in box office. Those results are anything but consistent. The truth is that Christian films often make very little at the box office but are successful because their budgets are also small.

There is no scriptural mandate to go see faith films in theaters of course, but we shouldn’t shy away from supporting films that tell the story of the Christian experience and broadcast His name further than we can imagine. If the Christian market, again the biggest single demographic in the US, isn’t willing to go see a couple of faith films each year, then it’s no surprise that the options are limited.

Like most businesses, it all comes down to money. This used to mean that studios were most concerned with how a movie performed in the United States. Foreign markets were just a little gravy on top of their domestic pile of cash. In today’s world, however, these same studios are just as interested in markets like China, Brazil, Mexico, and South Korea as they are the United States box office.

There were several films this year where foreign markets brought in more money than audiences at home. One of the biggest hits of 2017 so far has been “The Fate of the Furious.” The car chase film made a decent haul in the US with $225 million, but absolutely exploded in theaters overseas. Foreign markets brought in over $1 billion and made up over 80% of the film’s global earnings. This is what the new movie industry will look like with the US becoming one of the biggest markets but not the only priority.

What translates well overseas are cartoons, robots, superheroes, and other blockbuster-like films. Faith films are a great place for investment because the market is there, but the overseas potential means that human dramas will be taking a backseat to tentpole films that play well in China. Christianity is something that has flourished in every corner of the world, but it remains to be seen if studios will want to make faith films for foreign audiences.

Good News for the Christian Market

It may not always seem like it, but the choices in Christian entertainment are constantly expanding. As media diversifies and all kinds of new channels, studios, and platforms are developed, there will be an explosion of industry. One of the great results of this will be more Christian content.

When you look at the most successful Christian films ever made, you’ll see that they have all come out in the last two decades. This should encourage us to support these projects even more so that the success will continue the trend. Modern Christianity doesn’t have to limit itself to constantly condemning the culture. By creating our own entertainment and media resources, we can establish more options for faith films in the future.

The K-LOVE Fan Awards is all about cultivating good Christian content and giving fans the ability to encounter their favorite artists, filmmakers, and more. Find out how you and your family can attend this annual extravaganza and take part in the ultimate fan experience by clicking on the link below.