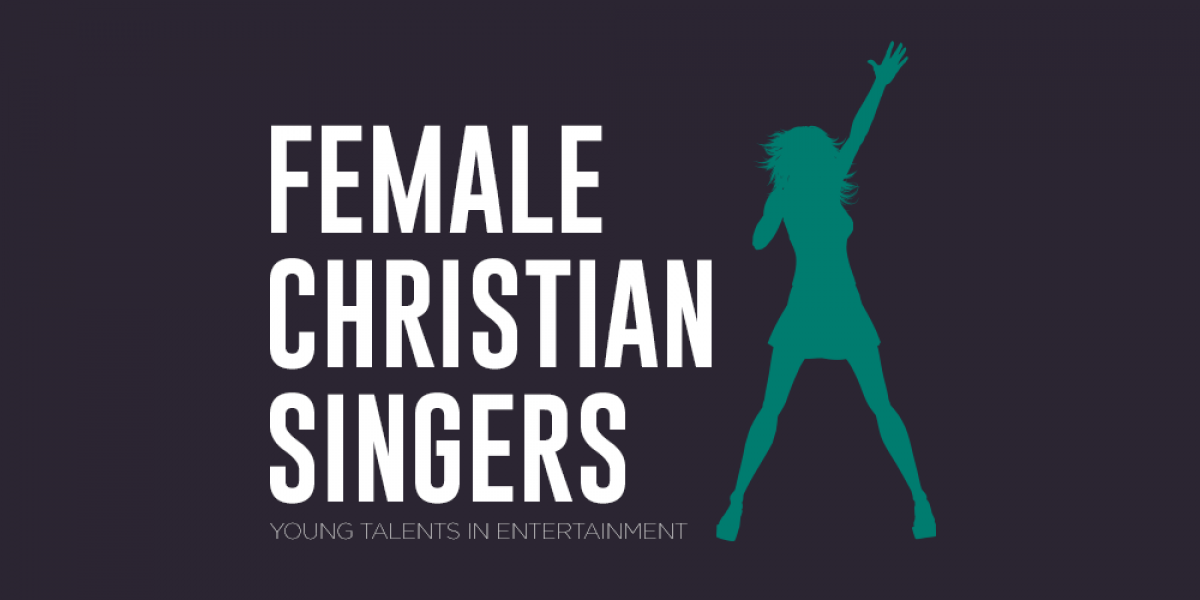 Strong female voices have always been a part of contemporary Christian music from Amy Grant to today’s best artists. There is a rich history of wonderful music that is carried on today by young female Christian singers under 35 years of age. While that’s a seemingly random cutoff point to examine, we want to shine a spotlight on the voices that are impacting today’s young Christians. Here are some of the most popular female Christian singers under 35.

Hollyn first came on to the Christian music scene with the release of her debut EP in 2015. The singer was only 18 years old, but songs like “Alone” showed that she had promise. Several songs did well on the charts and the self-titled EP spent the better part of a year on the Top Christian Albums chart. Since then the artist has gone on to release a full length album that premiered in 2017. “One Way Conversations” continued Hollyn’s success and brought listeners new favorites in “Can’t Live Without” and “In Awe.”

Another one of our female Christian singers under 35 who started out early is Francesca Battistelli. The artist moved from a group project to a solo career in her late teens and became a well-known voice in Christian music with the release of “My Paper Heart” in 2008. Now ten years into her “official” career, Battistelli has made an indelible mark on both the industry and young fans. Some of her biggest hits have been “Free to Be Me,” “Holy Spirit,” and “I’m Letting Go.”

After releasing an independent album when she was 18, Britt Nicole signed with Sparrow Records. Her debut album, “Say It,” came in 2007 and featured the hit songs “You” and “Set the World on Fire.” Nicole easily plugged into the teen pop/rock sound of the mid-00’s and quickly made a name for herself. Her next two albums, “The Lost Get Found” and “Gold,” were both extremely popular with teens and young adults. Britt Nicole continues to adapt to the sound of the day as each album feels just a little different from the last. Her fourth, and most recent, album was a self-titled effort put out in October 2016.

Arguably the most popular of all the female Christian singers under 35, Lauren Daigle has had her foot on the gas since the release of her 2014 EP “How Can It Be.” The artist’s iconic vocals rang out through the record’s title track and cemented her as one of the best contemporary singers in Christian music. Since 2014 Daigle has released an expanded full-length version of her original EP as well as a Christmas album titled “Behold.” The debut studio album has already gone platinum and delivered five singles to the top ten, while “Behold” also hit the top of the Christian Albums chart.

Like some of the other female Christian singers under 35 on our list, Jamie Grace came to music at an early age. Using social media and other means, Grace was able to capture the attention of the right people. She appeared with TobyMac on “Favorite Song” around the same time that he appeared on her hit song, “Hold Me.” Jamie Grace has come to be known for playing music that is uplifting and fun. “Beautiful Day” and “The Happy Song” are just two examples of her ability to lighten up a room. The young singer has been able to produce three albums in six years, two of which peaked in the top five of all Christian albums.

The great thing about Christian music growing more diverse is that there is more room for experimentation and different sounds. Many of the female Christian singers under 35 listed above have a certain pop quality that is advantageous for the radio, but Sarah Reeves is an artist who has tried to mix things up with her music. In her most recent EP, “Easy Never Needed You,” Reeves creates a collection of songs that are accessible to today’s listeners and sound like little else in the Christian market. The singer has been making music for a decade, but much of that time has been spent songwriting. The new EP suggests that Sarah Reeves is looking to be an artist on the mainstage again.

We’ve seen in recent Christian music history that one song can elevate an artist from obscurity to a national spotlight. Take, for instance, Zach Williams and the juggernaut status of “Chain Breaker.” Sometimes one hit is all it takes. For Riley Clemmons, “Broken Prayers” is the song that brought her to the forefront of Christian music. More recently the teenage singer has released a follow-up titled “Better For It.” We’ll see what the future holds for Clemmons, but for only being two songs in, the young artist is doing well.

As the first signee to the M2T (or “Made to Thrive”) label, Hannah Kerr is a young voice looking to make an impact. She recorded her first EP at 18 years old before releasing her full-length debut in 2016. That album, “Overflow,” features a few hit songs in “Warrior” and “Radiate” but it also has a cameo with Mark Hall on “Be Still and Know.” The Casting Crowns frontman is one of the founders of the M2T label. Along with “Overflow,” the 21-year-old Kerr has put out a Christmas EP that came in 2017.

Like Tauren Wells and other Christian musicians, Blanca spent much of her early career as part of a bigger band. After a decade with Group 1 Crew, Blanca set out as a solo artist. The singer’s first album was a self-titled debut that featured some great beats in “Get Up” and “Different Drum.” Working with artist like Lecrae, TobyMac, and Mandisa, Blanca has a signature sound that sets her apart from others. “Real Love,” released in 2017, also put her vocal talents on display in a slower, more emotional track.

By the time Kerrie Roberts was in her mid-20’s, she had been through several different versions of a music career. Finally landing a record deal at Provident, she made her solo debut in 2010 with a self-titled album. Three popular songs (“Outcast,” “Take You Away,” and “No Matter What”)  made it off of that album and Roberts’ music found an audience. Over the past eight years, the singer has released a total of three albums along with several EPs.

In another example of one single lifting a musician to the top, Jasmine Murray became one of the most famous female Christian singers under 35 when her song “Fearless” debuted. Like Hollyn, Lauren Daigle, and others, Jasmine Murray competed on “American Idol” long before she ever came to the Christian genre. “Fearless” was followed by a self-titled EP and another hit song in “No Other Love.” The music is a nice mix of dance/pop and slower songs like “Into Words” and “You Belong.”

Mallary Hope spent a few years on the country music circuit, but has more recently come around to Christian music. The singer first started grabbing listeners’ attention with “Now” and the Christmas single “Just a Baby.” Her self-titled EP was one of the first Christian records to debut in 2018. While Hope’s new sound is more pop than anything else, you still get a little country sound in songs like “Lay It Down.”

These female Christian singers under 35 and others are doing great work in delivering songs that inspire faith and encouragement. The K-LOVE Fan Awards desires to celebrate the relationship between fans and the music these artists make. One way we do this is by bringing together the top artists for an unforgettable show with their biggest fans. Find out how you and your family can be a part of the ultimate fan experience by clicking on the link below.