Why Can't I Find Christian Movies in Theaters? 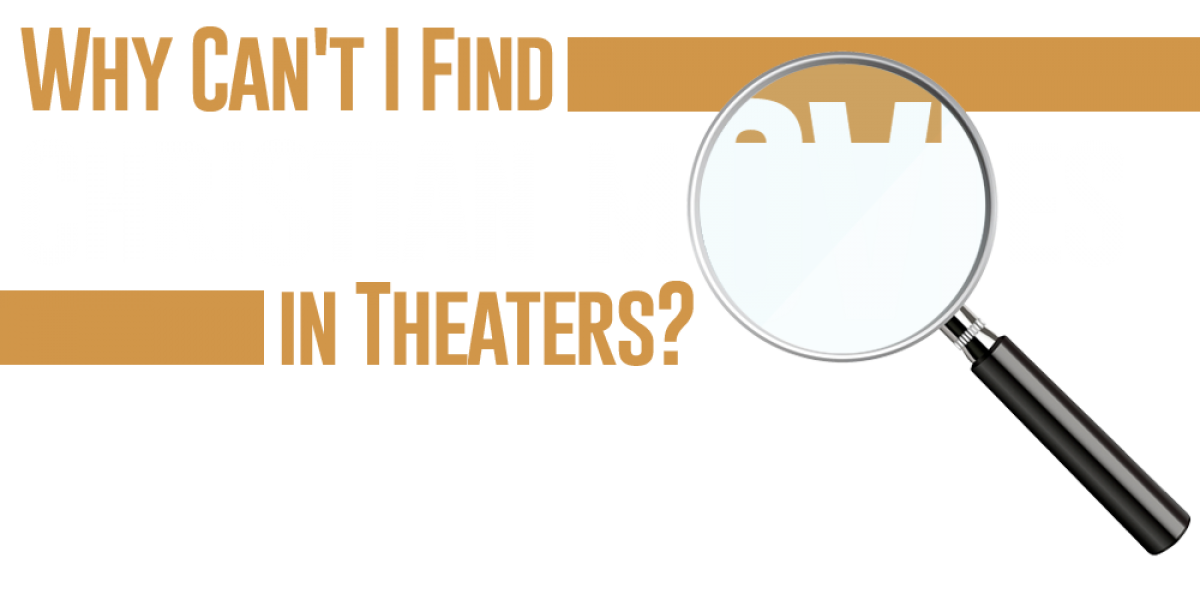 When it comes to being a Christian movie lover, it can often be hard to find entertainment options that stand up to moral scrutiny. There’s plenty of fun to be had in superhero movies and other adventure films, but what about films that promote a Christian message? Why aren’t there more Christian movies in theaters?

Did you know that the 20 highest-grossing Christian films of all time (not adjusted for inflation) all came out in the last 15 years? That’s because as entertainment is more diversified and technology and talent provide for new stories to be told, Christian filmmakers are catching up with the rest of the world.

Wholesome Entertainment Has a New Home

If you’re a cable subscriber, you’ve probably noticed over the last 10 years how the number of channels has exploded. Simply by flipping through your digital guide, you see specialty channels on outdoors activities, DIY projects, music genres, and more that you probably didn’t notice before. This is because technology has made it easier for more channels to find their niche audience.

The TV boom of recent years has poured a lot of entertainment money into cable channels like AMC and streaming services like Hulu and Netflix. Another change that has occurred recently is that a lot of family entertainment and romantic comedies have become niche programming on channels like Hallmark and UP. Hollywood will put out a film fitting these genres every now and then, but they have mostly been abandoned for $200 million superhero films and socially progressive independent films that are buzzing from film festivals.

While there have been many consequences in the filmmaking world to this TV resurgence, one that is important for Christian audiences is the divide between big-budget blockbusters and independent films.

Independent films experienced a renaissance in the 90’s with directors like Robert Rodriguez and Quentin Tarantino turning low-budget films into all-time classics. Since then, the independent film industry has allowed for many filmmakers to create the kinds of movies they want to make without having to beg to studio executives.

Since Hollywood only rarely makes Christian films, this really puts Christian filmmakers in the category of “independent.” If you’ve ever wondered why most Christian films have shoestring budgets and don’t have the same visual effects as the latest Marvel film, it’s because their status as an independently-funded film can only make a dollar go so far.

Independent Movies Have a Shorter Window

When it comes time for an independent movie to hit movie theaters, their only form of marketing is usually word of mouth. For secular films that premiered at places like Sundance or the Toronto International Film Festival, that word of mouth is often picked up by the popular trades and influential writers that are necessary for an independent film to be financially successful.

Christian films never really get this opportunity. While some premiere at film festivals or get the occasional buzz (like “The Passion of the Christ”), these films are almost entirely counting on vigilant Christians who are willing to pay theater prices and spread the word to other Christians.

Hollywood has caught on to the independent phenomenon in part. Many of the big studios own small production companies and distributors that put out many so-called independent films. The term has been somewhat watered down now that powerful companies can buy the press needed for these kinds of films to make a run at the Best Picture awards.

For truly independent films, like most Christian movies in theaters, the battle for relevance can be a hard one to wage. Most Christian films need to catch fire at the box office within 2-3 weeks for them to have any chance of finding an audience. This only happens about once or twice a year, though.

Recent examples of films that were able to make an impact include “War Room” and “God’s Not Dead.” These films are actually two of the biggest success stories in all of independent filmmaking, as they had some of the biggest returns on investment in recent movie history. “God’s Not Dead” made almost 30 times its initial budget of roughly $1 million.

This may come as a surprise to some people, but Hollywood isn’t interested in making films simply as a charity. At the end of the day, studio executives need to see high profits or somebody might be losing his job.

That’s why superhero movies and horror movies are two of the biggest genres being invested in. On the low-budget end, Hollywood is churning out about a dozen or more horror movies in 2016 with budgets in the $1-10 million range. Their hope is that a couple of these will make $50 million or more and make them look like geniuses. It’s rare for these movies to not make back that initial small investment.

On the high-budget side of things, you have the five or so superhero movies that are released each year. These films usually cost between $100-300 million and usually rake in close to a billion dollars each.

There are, of course, other genres that make money from time to time, but these are two of the safest bets that Hollywood has. That’s why they are often the movies for which you see the most promotional content.

To see more Christian movies in theaters, something has to change.

How Can We Fix This? - Christian Movies in Theaters

So, how can we fix the problem of not finding Christian movies in theaters?

The first solution is simple: see Christian movies in theaters. This may seem unfair that the responsibility for supporting Christian films has to fall on everyday people, but that’s who has to pay for these things to have a future.

In order to see these movies, you’re also going to have to keep your ear to the ground to find out the latest information. Popular sites like Plugged In and Christianity Today can be good resources for staying up to date, but this is why word of mouth is so important. If 100 people see a movie and tell no one, that movie makes around $1,000. If the same number of people see the film and convince 5 other people each to also see it, that number multiplies by six. It’s simple math.

The truth is that seeing Christian movies in theaters is the most direct way to increase future Christian films being made. It’s not the only way, though. Another way to fix the situation is to encourage young Christian artists to pursue their career interests. Filmmaking is about as much of a career calling as anything else, so why not support those who are interested?

For more thoughts on how you can support Christian entertainment, check out an earlier post we wrote on the subject.

At the K-LOVE Fan Awards, we understand how important it is to have Christian entertainment options. That’s why we honor the year’s best entertainers in music, movies, and more. The K-LOVE Fan Awards are the biggest weekend of the year for fans of Christian music. Find out how you can get in on the action by clicking the link below.