Good Christian Movies to Watch with the Family 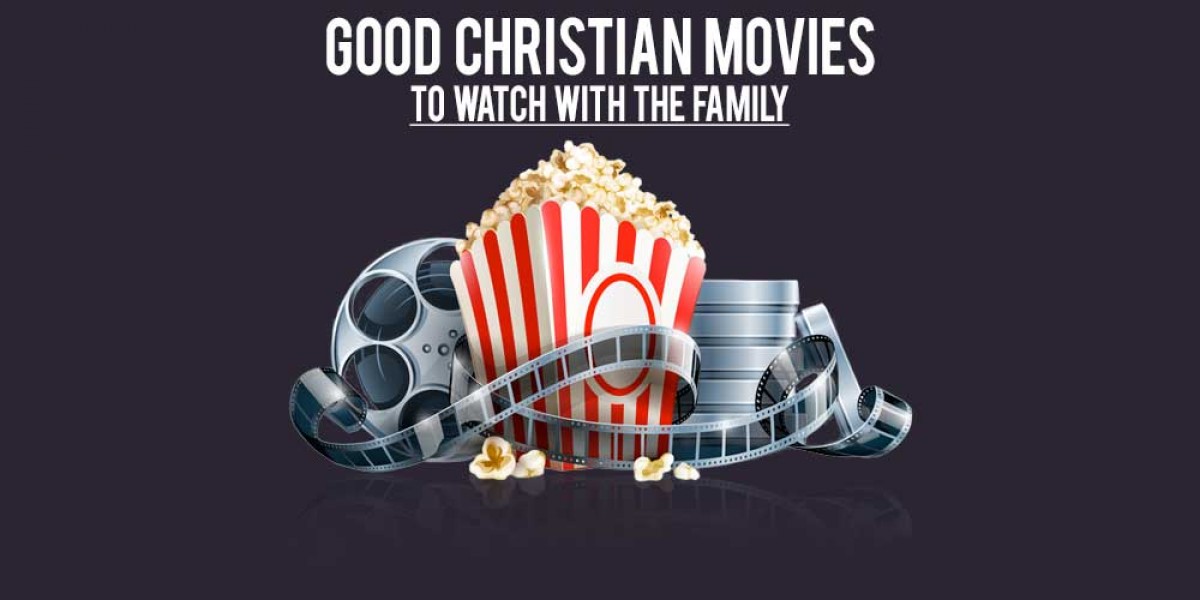 We’ve all been there. It’s a Friday night, the rain is pouring outside, and you just want to watch something that is going to entertain the whole family. Fortunately for you, there are a lot of good Christian movies out there that can meet that need.

It’s no surprise that Christian movies often don’t get the big marketing budget of Hollywood’s superhero films and Oscar favorites, so it can be hard to be “in the know” when it comes to good Christian movies. There’s a long list of these films over the years, but we’ll touch on some of the more recent films that have graced the silver screen.

Starting with one of the most recent Christian films to hit theaters, “Risen” tells the story of a Roman soldier who is tasked with the investigation of Jesus’ resurrection. As one of the few times that Hollywood got behind a Christian story, the film features some well-known faces and a talented director. Starring Joseph Fiennes (“Shakespeare in Love”), Tom Felton (the Harry Potter films), and Cliff Curtis (“Live Free or Die Hard”), “Risen” has some great character actors that have played important roles in many great films.

The film gives its audience a different perspective of the story often read on Easter Sunday. What would it be like to uncover the facts of the resurrection one at a time after the fact? Wonderful set pieces and costumes and great acting from the cast combine well with the film’s powerful cinematography and writing.

Hollywood used to make several films a year that, like “Risen,” expanded on Biblical stories to give a fuller picture. It’s nice to see good Christian movies today picking up on the tradition of films like “The Robe.”

Many Christian films start off with the protagonist experiencing a profound loss or getting a rough diagnosis. In “Unconditional,” the former happens to Samantha Crawford (Lynn Collins). After her husband is murdered, she has to learn how to move on with her life and stop thinking about finding the man who who shattered her world. Along the way, she meets a childhood friend (Michael Ealy) and the two renew their bond.

“Unconditional” is a feel-good film that touches on a number of serious topics without being overly depressing. By the end, you will feel entertained as well have a renewed sense of hope.

“End of the Spear”

Some of the best Christian stories out there come from missionaries and other famous Christians as they pursue reaching the nations with the gospel. While some of these stories end in jubilation, other times are not so cheery.

This moving film works as both a biographical account of Elliot as well as a spotlight for the many dangers that are faced when missionaries attempt to reach a people group for the first time. While it may not be as fun-filled as other good Christian movies, it is definitely worth checking out if you and your family are interested in the story of Elliot and his crew.

Keeping up with the theme of real-life stories, the account of William Wilberforce is one with which many Americans may be unfamiliar. Wilberforce was an English politician who used his savviness to end the slave trade.

“Amazing Grace” is another one of these good Christian movies that has some serious talent behind it. Michael Apted is an accomplished TV and movie director who can put together a great film. Featuring Ioan Gruffudd (“Fantastic Four”), Albert Finney (“Big Fish”), a young Benedict Cumberbatch (“Doctor Strange”), and a handful of other amazing actors, “Amazing Grace” has more acting talent than just about any other film.

With high production values and an impactful script, “Amazing Grace” gives Wilberforce and the other anti-slavery voices a fitting biography. This is a moving film that shows us we can never give up on causes we believe in.

Jumping back to fictional stories, “The Ultimate Gift” is the tale of a spoiled twentysomething who finds out he must complete a series of tasks to receive the inheritance his grandfather left for him.

Along the way, Jason (Drew Fuller) learns the importance of hard work, caring for others, and what it means to be generous. Accomplished actors like James Garner, Bill Cobbs, and Brian Dennehy join Fuller’s protagonist at different points in his journey. This is a great film for teens and/or their parents to watch on a rainy night.

While “Risen” is a great film that adds some historical fiction to the story of Jesus, “The Nativity Story” is a film that depicts the journey of Mary and Joseph before the birth of Christ.

We often look at the story of Jesus’ earthly parents without thinking about the difficulties they likely faced. Whether it’s the physical difficulties of Middle Eastern life during the time or the social pressures of having a child under strange circumstances, it can be hard to fully envision Mary and Joseph’s journey through our smartphone-loving eyes.

Oscar Isaac (“Star Wars: The Force Awakens”) and Keisha Castle-Hughes (“Whale Rider”) play Jesus’ birth parents in this inspiring take on the Luke 1-2 story. Whether you want to add this to your family’s next Christmas celebration or just pop it in on a random weeknight, “The Nativity Story” provides some great perspective on The Greatest Story Ever Told.

One of the biggest resources for good Christian movies in recent years has been Sherwood Pictures, headed up by Alex Kendrick. Started as an outreach tool by Sherwood Baptist Church, this production company has put out some of the most popular Christian films since 2003.

The group first put out “Flywheel,” the story of a used car dealer who turns his life around. The production quality is pretty low on this one, but it shows the capability the group had when it came to making a film on a budget.

Next up, Sherwood Pictures released “Facing the Giants” (2006) and “Fireproof” (2008). The first is a high school football film about a struggling team that finds a new sense of purpose. “Fireproof” is a powerful film about marriage and how a relationship can be saved. In 2011, the group released “Courageous,” the story of a police officer who decides that he needs to be a better man of integrity. Alex Kendrick also directed the hit Christian film “War Room,” though it’s not technically under the same production house.

Any of these good Christian movies can make for an encouraging and entertaining night.

Another popular Christian entertainment company is Pure Flix, which helped produce the 2015 film “Do You Believe?” The film is one that weaves together the story of several different people facing a variety of struggles.

Among the familiar faces are Sean Astin (“Rudy” and the “Lord of the Rings” trilogy), ex-football player Brian Bosworth, and Lee Majors (“The Six Million Dollar Man”). With a variety of characters from different backgrounds, there’s a little something for everyone in “Do You Believe?”

This is a film for older teens and up. “To Save a Life” is about a high school athlete whose perfect life comes to a screeching halt after a classmate who used to be his best friend ends his own life.

While that may not be the most appealing source for entertainment right out of the gate, the film tackles a lot of tough subjects like teen pregnancy, finding your purpose, and more. “To Save a Life” is a true-to-life film that can start conversations and help teens re-think how they treat relationships.

The Christian entertainment industry is experiencing a lot of growth when it comes to good Christian movies. While it’s great that these films and others are having such an impact, Christian audiences should remember what it takes to keep these films going. Hopefully, we will have an even bigger explosion of Christian films in the future. We hope we didn’t miss any of your favorites on this list, but perhaps you’ll find a new film to check out.