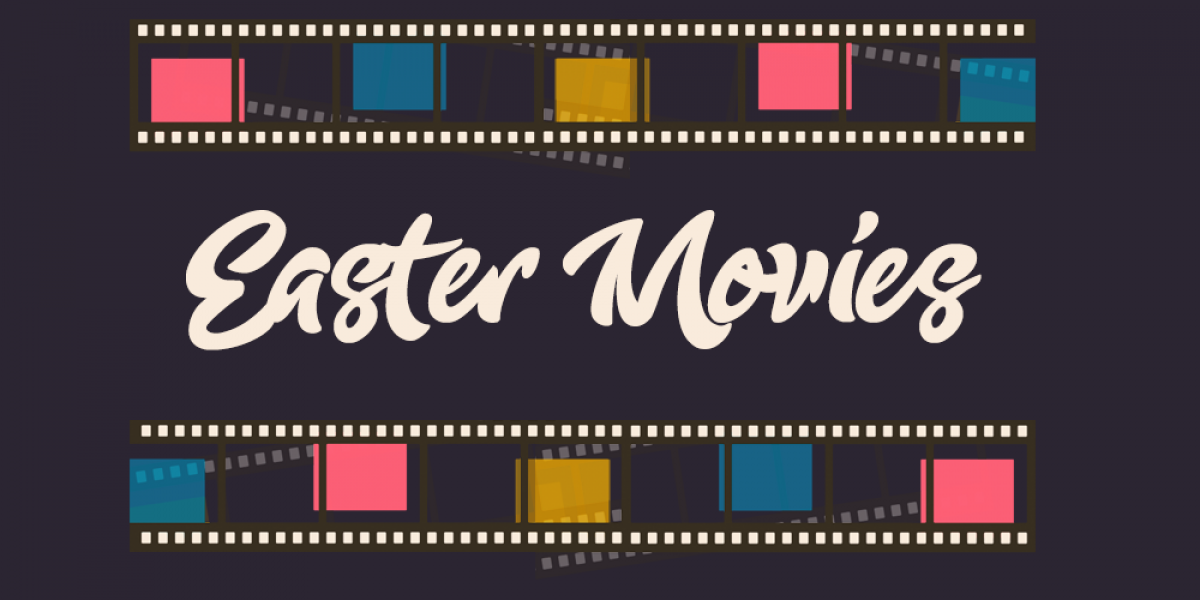 Although it doesn’t often feel this way, Hollywood has made a number of films over the years that chronicle many stories from the Bible. Naturally, the most popular story to be told on the silver screen is that of Jesus and his ministry. As the most revolutionary figure in all of history, even secular Hollywood sees that there is a story worth telling. There have been many different incarnations over the years, some focusing on Jesus more than others. Here are a few great Easter movies that will help you to celebrate the resurrection and all that it means.

As one of last year’s best new Christian movies, “Risen” has quickly become a favorite for those seeking to experience the resurrection from someone’s point of view other than Jesus and His disciples. The story follows a Roman soldier who is investigating the disappearance of Jesus’ body after the resurrection has occurred. Watching this accomplished man of war coming to grips with the possibility of Jesus conquering death makes for a compelling story. Though the film does contain some violence, it’s fairly tame for a movie that contains the crucifixion. The plot is more interested in what comes after rather than focusing on those gory details. The film’s new angle on an old story is refreshing and makes it one of the Easter movies you don't want to miss.

Roma Downey and Mark Burnett produced this film about Jesus after completing their work on a miniseries called “The Bible.” While its predecessor laid out the events of the Old Testament, “Son of God” naturally serves as the next installment before “A.D. The Bible Continues” picked things back up. “Son of God” consists of several scenes that originally aired on “The Bible” as well as a few extended scenes that didn’t fit in that miniseries. This film is a pretty straightforward telling of Jesus’ life, but the production value is better than many other films covering the same topic. If you like this, you might want to look into the two connecting miniseries for more content.

Jumping back nearly 60 years ago, “Ben-Hur” is a film that touches on the life of Jesus although his story is not the film’s main plot. Ben-Hur (Charlton Heston) is a Jewish leader who is falsely arrested by one of his best friends who sees it as an opportunity to advance in his political ambitions. Ben-Hur suffers for years as a slave and performer before meeting Jesus and finding a way to return back home. At over three hours in length, it may be a bit long for kids these days, but the 11 Oscars it won lend it a great deal of credibility. The chariot race scene was a marvel for its time and still holds up today.

While its one of the more critically acclaimed movies on this Easter movies list, “The Passion of the Christ” is one you only want to watch with an audience that can handle the film’s more disturbing content. For starters, the suffering that Jesus goes through is explicitly gory in detail. There are also a couple of scary moments involving demons. Although it is brutal, the events that take place in “The Passion of the Christ” give a clear picture of the trauma that Christ went through on the cross. The film grossed over $600 million at the worldwide box office and is the highest grossing R-rated film of all time domestically. It also served as a catalyst for Hollywood to begin considering the power of the Christian market.

Like “Son of God,” this story about Jesus’ life is often found on Netflix. Narrated by the English translation of John, this film does a good job of sticking to Scripture while also providing some of the best visuals ever committed to a Christian film. Check out the trailer below for more on that. Interestingly enough, there is another film by the same name that also follows John’ account. That version, filmed in 2003, is also a good telling of Jesus’ journey, but it’s a little more by the numbers.

“The Greatest Story Ever Told”

Another classic from the old days, “The Greatest Story Ever Told” boasts the biggest cast of classic Hollywood stars you could ever hope to see in a Christian film. Among the big names are Max Von Sydow, Charlton Heston, Angela Lansbury, Claude Rains, and John Wayne. Like “Ben-Hur,” this epic is almost pushing four hours long. You may want to think about an intermission if you’re watching with kids. There are many technical achievements to enjoy from the film as it was Oscar-nominated in the categories of music, cinematography, art direction, costumes, and effects.

The last of the old Hollywood classics on this list of Easter movies, “The Robe” is similar to “Risen” in that it tells the story of Jesus from the perspective of a Roman centurion. Instead of investigating the disappearance of Jesus’ body, the Roman is dealing with the guilt he feels from putting Jesus to death. Although it is the oldest film on this list (1953), it is also over an hour shorter than “Ben-Hur” and “The Greatest Story Ever Told.” Starring one of the greatest British actors of all time, Richard Burton, “The Robe” is a film classic that takes on a special meaning this time of year.

Released just over a year ago, “The Young Messiah” is interesting in that it’s the story of Jesus, but the film mostly takes place during a time that isn’t discussed in the Bible. This is a great option for an Easter movie that can be watched with all audiences. The gore of the crucifixion can be a turnoff for families wanting to watch the story of Jesus with young children, so the film definitely offers something different. While not exactly coming from Scripture, the film gives you a good idea of what life might have been like for a young Jesus.

There have been many good Christian movies to come out in recent years. Although this film doesn’t take place during in the days of Jesus, the cross is heavily used as a piece of imagery in “Do You Believe?” If you’re wanting to watch a couple of Easter movies this weekend, you may want something that’s a little different from the typical Bible story. “Do You Believe?” follows the lives of several characters who are each struggling with what they really believe about God. Some are pastors, others are criminals or homeless, and even others are doctors. As their stories come closer to colliding, they each must make a choice about what the cross means to them. Not a bad thing for us all to think about this time of year.

There may be other Easter movies that you and your family like to watch this time of year, but these are just a few recommendations. We hope in the future to have even more films to point your way as the Christian movie industry continues to grow. At the K-LOVE Fan Awards, we know that Christian entertainment can go a long way in helping us to grow in our faith and reach the next generation. That’s why we like to recognize the artists who are reaching their audience in a powerful way. The best way for that to happen is to let you, the fans, pick the winners. Gathering together the biggest names for the biggest night, the K-LOVE Fan Awards is the ultimate fan experience. Find out how you can attend by clicking below.