Great Women of the Bible to Reflect on This Mother's Day 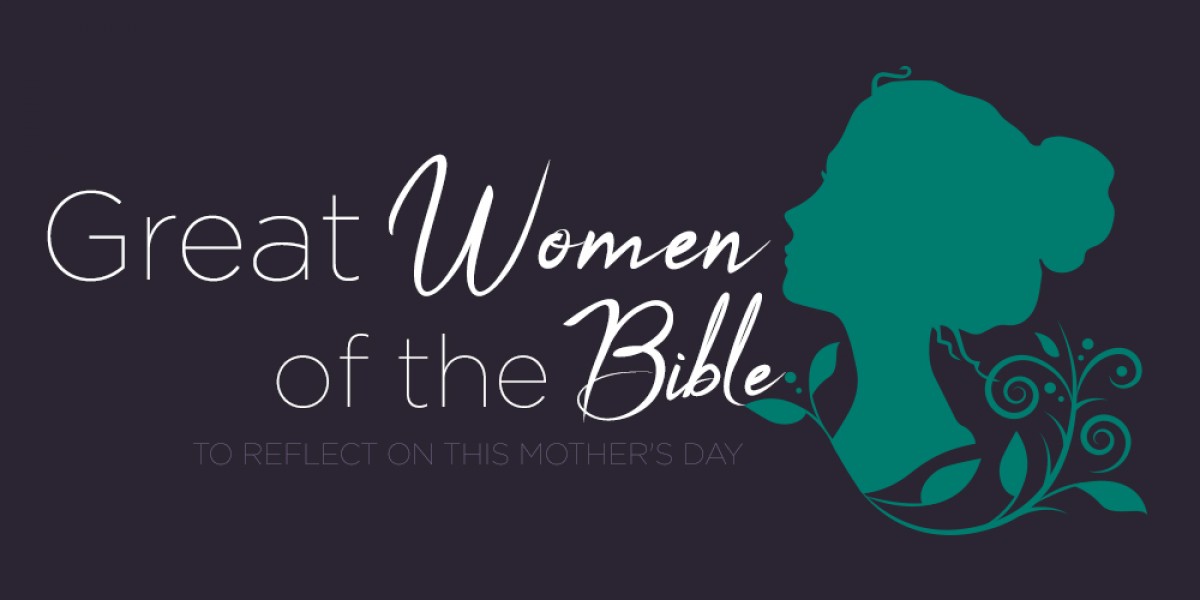 As Mother’s Day approaches, we wanted to highlight some of the most interesting women that scripture has to offer. Among our list of great women of the Bible are people who served as rulers, missionaries, mothers, disciplers, wives, and otherwise faithful followers of God. Throughout the history of Christianity there have been women who were ready to answer the call that God placed on their lives. These great women of the Bible are worth remembering this Mother’s Day because of the example they left in God’s Word and the struggles they faced through the course of their lives. Not every Godly woman on this list is known to be a mother, but each displays a model of Biblical womanhood that is worthy of commendation. Let’s look at some of these great women of the Bible and see what their lives can show us today.

God often uses the great women of the Bible during the darkest of times. In the book of Esther we see that a young woman of relative obscurity finds the strength to save her people. Married to a foreign king, Esther risks her new fortune and standing, as well as her life, in an effort to nullify the soon-to-be-ordered genocide of her people. Esther is wise and courageous, and she is also willing to seek the counsel of others, including her cousin Mordecai. When Esther learns that the king has been advised to wipe the Jews out, she spread word to all of the Jewish people to pray for the Lord’ deliverance as she went before the king.

Sometimes the stories of the great women of the Bible are more about faithfulness than leading a nation. Hannah was married to a loving, Godly man named Elkanah, but she found that she was unable to have children. For many women, this struggle is one that cuts to the very core of who they are and want to be. Hannah watched as her husband’s other wife bore child after child until one day she found herself crying out to God and letting her suffering known to Him. She prays that if God is willing to give her a child, then she will make sure that he serves the Lord all of his life. God is faithful to Hannah by bringing her a child, while she is faithful to Him in giving young Samuel back to the service of the Lord. The child would go on to become one of the greatest men of God Israel ever saw.

The journey of Abraham and Sarah, as chronicled through the book of Genesis, is not without its mistakes. God asks Abraham and Sarah to pick up and move to a distant land where they know no one, all for the promise of turning their family into a great nation. There are times when both Sarah and her husband grow impatient with God’s timing or fail to trust in His protection, but in the end they accomplish the task that God has put before them. Sarah was faithful to her husband and to God, but she stumbled like all of us. Her life story is one from which we can all learn.

We find several stories in the Bible where people encountered God and came away drastically changed. Mary Magdalene was a woman living a troubled life before Jesus came along. She at one point had seven demons possessing her body, but came to be one of Christ’s most devoted followers. Mary Magdalene was there for the darkest day in Jesus’ life, witnessing His crucifixion, as well as His resurrection. In fact she is one of the first people to see the resurrected Lord and goes to tell the disciples what has happened. Mary Magdalene’s devotion to the Lord and her journey from possession to ultimate freedom make her one of the great women of the Bible.

It would be a shame to have a whole post on the great women of the Bible to reflect on this Mother’s Day and not mention the mother of Jesus. Looking back on the story of the Savior’s birth, we often get caught up in our Christmas traditions and think of how magical the moment must have been. To do so is to completely forget the cultural context of what is happening and how difficult the journey of Mary and Joseph would be. Mary is a very young, unmarried but engaged, woman who becomes pregnant through the Holy Spirit and is told that her child will be the Messiah. That’s a lot to have thrown on your plate! That Mary was chosen for the task is a testament to her character and her example throughout the Gospels shows that she was a wonderful woman and mother.

Through the journeys of Paul we are able to meet several strong Christians like Dorcas and Lydia. One woman worthy of note is Priscilla, the wife of a Aquila. Between his second and third missionary journeys, Paul stayed with this couple and worked with them as tentmakers. Priscilla is noteworthy not only for her and her husband’s hospitality with Paul, but because she joins Paul in some of his evangelistic opportunities. Later she also helps disciple a defender of the Gospel named Apollos who needed further training in the ways of Jesus. A devoted wife, a hard worker, and a woman who knows the Bible are just a few of the attributes we can ascribe to Priscilla.

Not all of the great women of the Bible are known by name, as the Syrophoenician Woman is memorable for her actions. A gentile mother, she comes to Jesus desperate for the spirit possessing her daughter to be removed. Jesus presents her with a riddle that would turn most people away, but the Syrophoenician Woman responds with a great understanding of both His parable and the nature of who Jesus is. This woman is a loving mother fighting for her child who also believes in the power through which Jesus heals.

Any time great women of the Bible are spoken of, especially from the Old Testament, Ruth is bound to be discussed. A non-Israelite widow, Ruth chooses to stay with her mother-in-law, to move to a country she doesn’t know, and to trust in the God of her husband’s people. For making this choice, God rewards her with a new husband named Boaz. Their offspring becomes the grandfather of King David and Ruth’s lineage eventually leads to the birth of Jesus Christ.

One thing we can learn from reading the Bible is that siblings don’t always get along. From Jacob and Esau to Rachel and Leah, rivalries and comparisons are nothing new. For Mary and Martha of Bethany, however, the only type of quarreling we see in scripture is at the end of Luke 10 where Martha is taking care of dinner while Mary sits at Jesus’ feet. Between these two sisters we see several facets of what it means to be among the great women of the Bible. Martha is caring, skilled around the home, a woman who loves the Lord and her family. Mary is a woman who received the grace of God and immediately committed to Jesus’ message.

Most of the great women of the Bible are noteworthy because of their devotion to God, role as caretakers, or deep capacity for faith, but Deborah is a different kind of leader. One of the greatest judges to watch over Israel in the time after Joshua, Deborah was a Godly ruler who was not afraid of conflict. Her partnership with Barak led to a time of restoration for the Israelites. Deborah is a respectable character of the Bible who shows that Godly women come in all varieties.

These are but a few of the great women of the Bible who have been set apart by name as an example for us all. This Mother’s Day, let us thank God for the women who have led by example and exhibited the attributes of Godly leaders like those we have discussed above. No matter what your situation in life is, you can stand to learn from both the setbacks and achievements of these great women.

At the K-LOVE Fan Awards, we seek to celebrate the music and entertainment that is impacting the Christian culture of our day. Each year we bring together the biggest names in Christian music and more for an event unlike any other. Find out how you can be a part of the ultimate fan experience by clicking below.