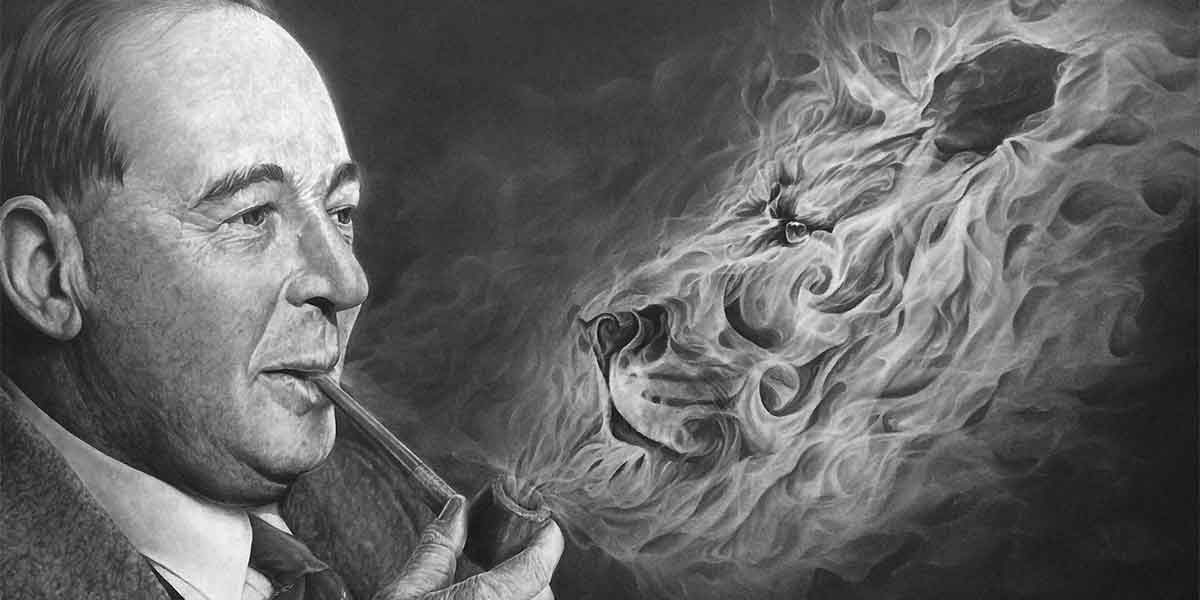 Tired of bouncing between each Book of the Week as you look for Biblical wisdom and theological understanding? There’s nothing wrong with finding inspiration in something new, but why not return to some of the Christian classics that influenced today’s bestsellers? Here are some of the male Christian authors in theology who shaped Christianity over the last several centuries.

This Baptist theologian is considered by many to be the “Prince of Preachers.” Charles H. Spurgeon left an incredible footprint during his 40 years of ministry, but among his most helpful for us today are the many writings and converted sermons we can read today. Some of his best works to check out are “Spurgeon on Prayer & Spiritual Warfare” and the devotional “Morning and Evening.” Thankfully, we still have many of his sermons in full and plenty of writings have been updated into free e-books.

We’re not giving away any secrets with this one. Whenever people talk about male Christian authors in theology, C.S. Lewis is among the first to be named. On top of his fictional allegories, Lewis’ “Mere Christianity” is a Top 10 read for modern audiences who want to understand the Christian experience. “The Great Divorce” and “The Screwtape Letters” help us to better understand the concepts of the afterlife and the devil’s temptations, whereas “The Problem of Pain” and “A Grief Observed” speak to the troubles we have in this life.

Also known as St. Augustine, the fourth-century Christian leader is one of the earliest philosophers of faith still commonly read today. The most popular of his writings is undoubtedly “The Confessions,” but Augustine wrote plenty more. If you really want to dive deep into his thoughts, read “The City of God,” “On Faith, Hope and Love,” and some of his lesser known works.

Need something written by male Christian authors in theology who actually owned a computer? There are some good choices in recent history, too. Tony Evans has been a pastor for decades, but he’s also a very prolific writer. For books closely associated with theology, read “Victory in Spiritual Warfare,” “Theology You Can Count On,” “God Himself,” and “Life Essentials.” You can even find good books on manhood (“No More Excuses”) and marriage (“Kingdom Marriage”).

The recently departed R.C. Sproul was a Presbyterian pastor from the Reformed tradition who valued Biblical inerrancy and other conservative positions. The Crucial Questions series, written by Sproul and continuing in publication beyond his death, is a great way to understand theology in a bite-sized format. For longer books, readers can enjoy “The Holiness of God,” “What is Reformed Theology?”, and “Everyone’s a Theologian,” among a long list of others.

Few historical figures stick out in most Christian’s minds quite like Jonathan Edwards. Most of what we have from the famous preacher are outlines and excerpts from sermons, but even these are worthwhile reads for those who want to gain an understanding of Christian theology. In addition to his memoirs and dissertations, some of the most highly regarded works from Edwards are “Freedom of the Will,” “The Religious Affections,” and the sermon “Sinners in the Hands of an Angry God.”

When most people hear the name J.I. Packer, the one book which comes to mind is “Knowing God.” This contribution alone is worthy of naming Packer one of the male Christian authors in theology to read, but the writer and minister had more to say on the subject. Some of his other great works include “Concise Theology” and “Evangelism and the Sovereignty of God.”

John Piper is one of the most famous pastors of the last 30 years, especially among the Reformed crowd. He is also the founder of Desiring God and the chancellor at Bethlehem College and Seminary. Some of Piper’s best-selling books on theology include “Desiring God,” “Future Grace,” and “A Peculiar Glory.” Piper’s question and answer podcast series “Ask Pastor John” is also good for theological answers.

The ministry of Ravi Zacharias was eye-opening for many searchers of meaning over the course of decades. Zacharias offered the educated viewpoint of a deep thinker born in India. This allowed him different opportunities, as well as forced him to come up with more refreshing answers than some other theologians could provide. “Jesus Among Other Gods,” “Seeing Jesus From the East,” “The Logic of God,” and “The Grand Weaver” are just some of the author’s books devoured by readers.

Along with his brother Charles, John Wesley was one of the biggest hymn writers of the 18th century. He also founded the Methodist movement and the writer behind hundreds of publications. What we can find of Wesley’s work today mostly comes from his journal and transcripts from his sermons. If you’re looking to get a taste of his mind for theology, we suggest “The Holy Spirit and Power” and “A Plain Account of Christian Perfection.”

An Anglican bishop who has served over many years, Wright is an accomplished author who has taken on many difficult subjects. “Interpreting Scripture” is a collection of essays from Wright covering hermeneutics, while “The New Testament in Its World” is a 1000-page historical look at the events and beliefs of the early church. Another worthy book of Wright’s is “Simply Christian,” a ground-up look at what it means to believe in Christ.

The three-time president of the Southern Baptist Convention was a powerful force in American Christianity. In addition to his great sermons, found today through his ministry Love Worth Finding, Adrian Rogers penned an important theological work in “What Every Christian Ought to Know.” More of his work has been made available over time, but nothing provides a one-stop-shop approach quite like this book.

Along with Martin Luther, John Calvin was a huge figure in the Protestant Reformation of the 16th century. His greatest written contribution to theology was “Institutes of the Christian Religion,” a large tome covering a variety of topics within the faith. Calvin’s work has been controversial for many in Jewish, Roman Catholic and Protestant circles, but it has also influenced many of the names on this list in one way or another.

A.W. Tozer was a lifelong pastor who also worked in the publishing world, making him a great author to read for theology. Many of the books bearing his name today were compiled and released after his death in the 1960s, but some of his best work was accomplished during his life. “The Pursuit of God” and “The Knowledge of the Holy” are two such titles.

As a 19th century preacher, most of what we can read from Dwight L. Moody today are transcripts from his many sermons. Fortunately, these have been put together in a variety of collections that are easy to be found. Some of the books you should start with are “Heaven,” “The Overcoming Life,” “Secret Power,” and “A Life for Christ.”

Next on our list of male Christian authors in theology is Francis Schaeffer. He is the 20th century Christian thinker who founded the L’Abri organization in Switzerland. Schaeffer fostered conversations in apologetics as well as general theology and most of these thoughts can be found in his books available today. “The God Who is There” focuses on the collision between Christianity and the world, whereas “True Spirituality” is more of a traditional theological account.

Seen as one of the patriarchal leaders of the modern church, John MacArthur has been preaching at Grace Community Church for over 50 years. During this time he has also published an overwhelming number of books exploring Christian theology and characters from the Bible. For the former, we suggest “Fundamentals of the Faith,” “Biblical Doctrine” or MacArthur’s commentaries.

If you start today, there’s a decent chance you can read all of Timothy Keller’s books before your life is over. Just barely, though. Seriously, Keller has written dozens of books dissecting scripture and the social application for the Bible. Some of the most pertinent works on theology from the pastor’s bibliography are “The Reason for God,” “Prayer,” “Jesus the King,” and “The Prodigal God.”

After years of preaching and writing, Voddie Baucham, Jr. currently serves as Dean of Theology at African Christian University. Baucham is a great alternative to some of the bigger names listed above. “Expository Apologetics” is a book teaching Christians to translate the truth of the Bible into everyday conversations. You can also try “Family Driven Faith” and “The Ever-Loving Truth.”

These are some of the best male Christian authors in theology you can hope to find. With wisdom ranging from the fourth century to this very day, reading their works will teach you so much about Christianity and the Bible. On that note, don’t forget to also study the Bible in order to fully comprehend theology. We often get caught up reading the classics or the book of the week and fail to spend time in God’s word.

At the K-LOVE Fan Awards, we want to honor and celebrate the authors and creatives who proclaim the name of Christ. Each year we gather together for the biggest celebration featuring all of your favorite names. If you’d like to join us for the ultimate fan experience, click on the link below for more information.