Modern Worship Songs vs. Classic Hymns: Does It Really Matter? 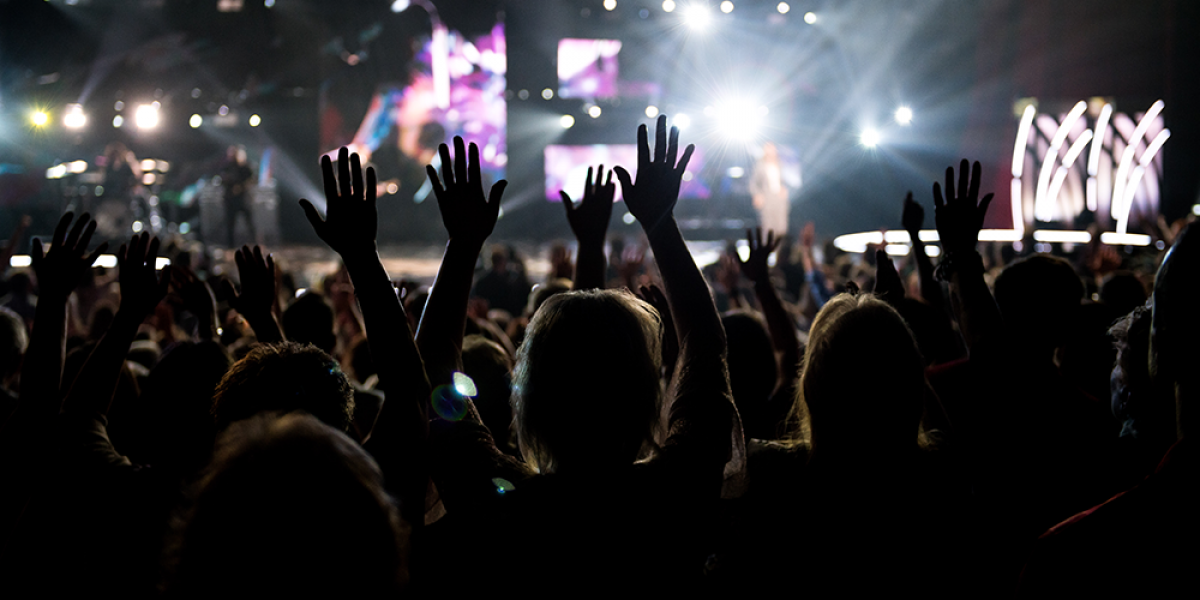 For centuries music has been a part of how we worship God. Even King David himself wrote songs and danced unto the Lord. As tastes in music change and eras of philosophies and theology come and go, the Church has viewed music in different ways. The last few decades have been especially interesting as more modern forms of worship have changed music from being hymns sung in a small church to entire arenas shouting to God, accompanied by a dozen or more instruments. Is one method better than the other? Does it really matter if we stick to the classics or push forward with worship of our own? Let’s look at a few of the ways in which modern worship songs and classic hymns can co-exist and why there can be so much division on this subject.

Hymns have taken a number of different forms through the years. As we’ve already mentioned, David loved music and engaged in songwriting and performance meant to worship God. We also see mentions of similar times of worship in both the Old and New Testaments of the Bible. Beyond the music of the early days of the church, hymns took the form of Gregorian chants and the like during the Middle Ages. Much of Christian music over centuries has been sung a capella by choirs, monks, or entire congregations.

As we move through history and get closer to the present day, we learn more about hymn writers like the Wesley brothers, Fanny Crosby, and Isaac Watts. Unlike many of the songs that were used in worship from the time of Christ to the 15th century, these later Western hymns are often still used today. The 20th century brought about many changes in the world as we were able to communicate, travel, and spread the Gospel in new ways. Hymn writing was still happening as creative people like Bill Gaither had picked up the torch, but the second half of the 1900s gave birth to the contemporary Christian music, or CCM, scene. This meant that the music of the church began to look a lot more like the popular music of the day while still retaining its purpose in worship.

Modern worship songs, compared to church music of the past, are usually identifiable by a certain level of technological finesse that is different from an old recording of a choir or something similar. Just by listening to a new track from Hillsong Young & Free or Elevation Worship, we can spot obvious differences in sound, lyrics, and more. These new worship bands can have a dozen or more musicians and all the bells and whistles of a headlining tour each Sunday morning. It’s a noticeable change from the old days when an organ would be the extent of a worship team’s available instruments.

Modern worship songs really began to take off in the 90s as the Western church became more comfortable with the sight of guitars and drum kits on stage. Artists like Matt Redman, Chris Tomlin, and Michael W. Smith were among those who made this newer form of worship more palatable. The last 10-15 years have been especially important in the development of modern worship songs as churches have devoted more resources to original songwriting and introduced larger worship teams to take the place of choirs.

This move has not been welcomed by all, to say the least. There are still many churches today who would cringe at the thought of a fog machine or a song by one of today’s most contemporary artists being a part of the Sunday morning program. For young adults today it may seem like things haven’t changed that much, but if you were to go back and watch a worship service from the 90s, you would likely be shocked at how different things are. All that to say, take it easy on the elderly members of the church who aren’t too keen on the new music.

Change is difficult for most of us. It doesn’t matter if the change is new carpeting or an updated worship set, church members can often feel like such changes are a personal attack. In the classic hymns vs. modern worship songs battle, all believers could stand to invest in humility and speak in love. Not every new way of doing things is blasphemous or antithetical to the Christian life. Likewise, just because something is old, it doesn’t mean it’s completely outdated.

Why We Need Both Modern Worship Songs and Classic Hymns

Imagine if tomorrow every church in America outlawed any Christian music created after the 1950s. Future church services, worship events, and conferences can now only use classic hymns from centuries past. Would there still be some powerful music? Of course. There’s a reason why we still sing many old Christian songs. The problem isn’t that there would be no music, but rather that we would be robbing the Christians of today, and those to come, of the ability to express their faith and talents through original music.

You want to stick with the hymns of Watts and Wesley? Great, more power to you. However, the church today is sitting in a time period where it is easier than ever to create, record, and disperse music that has the ability to inspire and challenge believers. Modern worship songs follow not only the sound to which people want to listen, but the way in which Christians today want to express their love for the Lord. Though we serve the same God today as those who lived centuries ago, the words we use and the instruments we play reflect the personal message that we want to send to God in our time. There’s nothing wrong with preferring one style of music over another, but we have to recognize that no one song is better than another so long as both glorify God and minister to Christians around the country.

Modern worship songs are the way in which we celebrate what God is doing in our lives today, but we can never forget that classic hymns are rich in history and theology and come from the same passion as the songs of today. We can all learn something from the songs of worship from each generation and there is a place for them all in our churches and homes today.

At the K-LOVE Fan Awards, we love to give accolades to the Christian entertainment that is making an impact in the world today. Each year we bring together the biggest names in Christian music, movies, and more for the ultimate fan experience. Find out how you can join us by clicking on the link below.