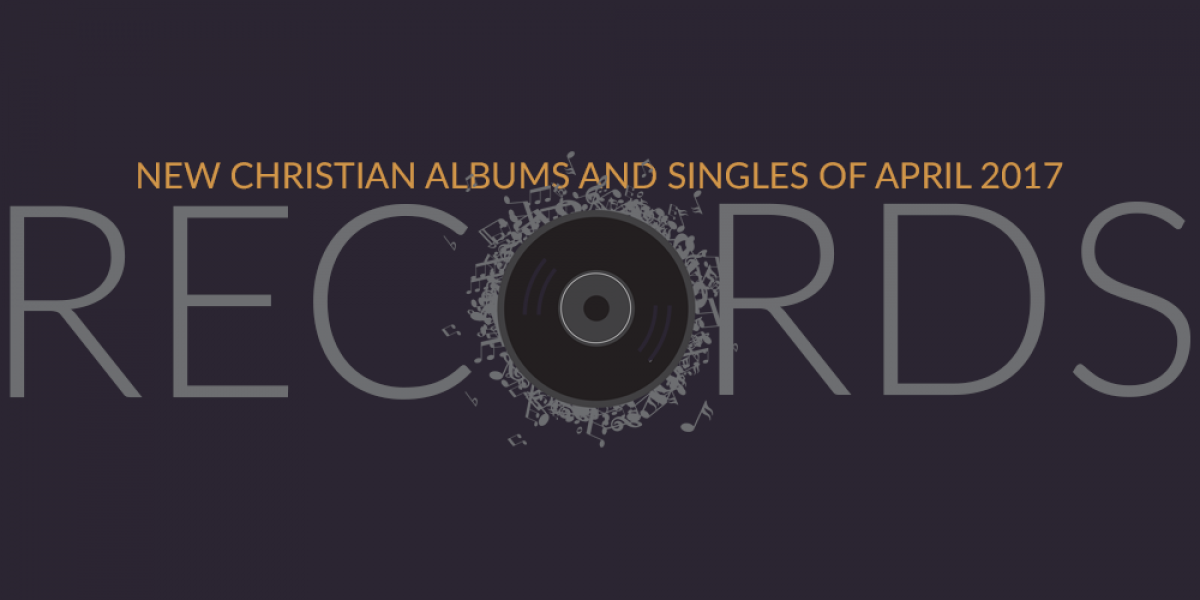 With another month comes a list of new Christian albums coming to a store or website near you. April brought us a lot of Christian music in the area of worship with releases from Covenant, Bethel Music, and others. After surviving tax season and spring cleaning, it’s time for you to start thinking about graduations, weddings, and other summer plans. From the new Christian albums we’ve gathered today, you might just find the right soundtrack for your planning process. Check these new Christian albums out and see if there’s something there.

Under the heading of Bethel Music you can find several artists like Brian and Jenn Johnson, Jonathan David and Melissa Helser, and Amanda Cook. The main attraction still puts out some great worship albums, though. With “Starlight,” Bethel has added another quality live album to the catalog. The group takes advantage of its many artists by mixing in different worship leaders throughout the album. Melissa Helser, Amanda Cook, Jeremy Riddle, and Steffany Gretzinger are just a few of the names that make an appearance.

Bethel creates a great worship experience with each of the band’s live albums. “Starlight” is the first live album the band has recorded while on tour and features some good worship anthems with “King of My Heart,” “Take Courage,” and “Extravagant.”

“The Case for Christ” - Various Artists

Lee Strobel’s “The Case for…” series has been a great addition to the libraries of those seeking to understand apologetics. His firsthand account of converting from atheism to Christianity has been an inspiration to believers around the world. Another April release was the film adaptation of this Christian book, which has become one of the best reviewed Christian films ever. This popular Christian film also leads to one of the new Christian albums for April.

What makes the soundtrack for “The Case for Christ” stand out is that it isn’t just a collection of popular Christian songs from around the film’s release date. Featuring artists like JT Murrell, New Hope Oahu, and The Church Vessel, the songs inspired by the film are sung by artists most Christian listeners are probably unaware of but will still enjoy. Check out the album and be sure to see the film if you get the opportunity.

“On My Side” - Kim Walker-Smith

Another product of Bethel Music, Kim Walker-Smith has been creating powerful worship music for over a decade. On top of her time studying and plaything with Bethel, the singer has also spent a lot of her career with Jesus Culture. Walker-Smith has been releasing solo projects since 2008 and even collaborated with her husband Skyler for the 2013 album “Home.”

“On My Side” is the fifth album from the worship leader and her first since a 2014 Christmas album. The album has more of a studio feel than the singer’s usual live worship albums, but you still get the intimate feeling with songs like “Awaken Love.” Other great songs from the album include “Throne Room,” “Fresh Outpouring,” and the title track.

Matty Mullins gained most of his fans through the metalcore group Memphis May Fire. Going solo in 2014, Mullins’ first album had a Christian rock sound similar to Pillar or RED. His latest album, “Unstoppable,” has a much more mainstream sound.

Fans of the singer’s past work may feel underwhelmed with the pop-friendly sound, but the songs are good for what they are. The title track features rising Christian singer Jordan Feliz and has a good radio sound. Some other highlights from the album are “I Choose You” and “Christ Be Magnified.”

If you want a worship album that gives you the most bang for your buck, we submit to you the “Beatitudes” album. With 20 tracks, the album is perfect for a road trip or a night of reflection at home. Among the guest artists that appear with Stu Garrard (formerly of Delirious?) are Michael W. Smith, All Sons & Daughters, Amanda Cook, Hillsong United, Audrey Assad and Amy Grant.

“Beatitudes” is a soft worship album that establishes a spirit of worship but doesn’t venture outside the calm demeanor of reassurance until track 13 or so. Periodically throughout the album there are spoken word installments from Becky Harding that challenge the listener to trust in God or meet the needs of others. The album as a whole is a call to action for believers who have spent too much time on the sidelines. While not every song may be a home run for you, there’s plenty to enjoy.

Covenant is another worship collective similar to Vertical Church, Elevation, and others. The group has released several live worship albums since 2010, the latest being “Sand and Stars.” For a traditional worship album that sparks a great atmosphere, look no further than this record from Covenant Worship. Among the highlights of the album are “Gate of Heaven,” “All Things,” “All Honor,” and the title track. If you purchase the deluxe edition of the album, you’ll also receive four videos from the live album recording.

For those seeking some old fashioned worship songs, the latest offering from Anthem Lights will be a must-have. Since 2011, this foursome of singers has been covering classic songs and lending their powerful voices in a number of recordings. “Hymns” is a collection of some of the most famous hymns and Christian songs of all time. The group does a good job when it comes to mixing songs together and they deliver several times here. One great medley is “Because He Lives” mixed with “My Redeemer Lives” and “Arise My Love.” This is one of the new Christian albums, but it has an old school feel. In the video below you’ll see the group putting together all of the Song of the Year nominees from the 2015 K-LOVE Fan Awards.

This month also brought us several new singles in the world of Christian music. First, there’s “The Happy Song” by Jamie Grace. The song, as you might suspect from its title, is an upbeat tune that draws from a number of influences. There’s some reggae, jazz, and pop all mixed together for a fun little jam. Next up is “Nowhere” by Sarah Reeves. This reassuring song about God’s presence and love is anchored by the ethereal vocals of Reeves. If you like what you hear, you may be able to catch her at the 2017 K-LOVE Fan Awards. “Crown Him” by I AM THEY is a great new worship song that you can add to your playlist. The song features some strong lyrics and is easy to sing along with. Lastly, “Now” by Mallary Hope is a powerful pop/country song that will get your morning jumpstarted.

As you can see, it’s been another strong month for music when it comes to new Christian albums. With some new worship songs and a few fun singles, you’ll have plenty to keep you busy. If you really want to experience Christian music on a whole other level, be sure to join us for the K-LOVE Fan Awards in Nashville, TN. Celebrating the biggest achievements in Christian music, the event brings together all of the big names in music, movies, and more. Find out how you and your family can get in on the action by clicking below.