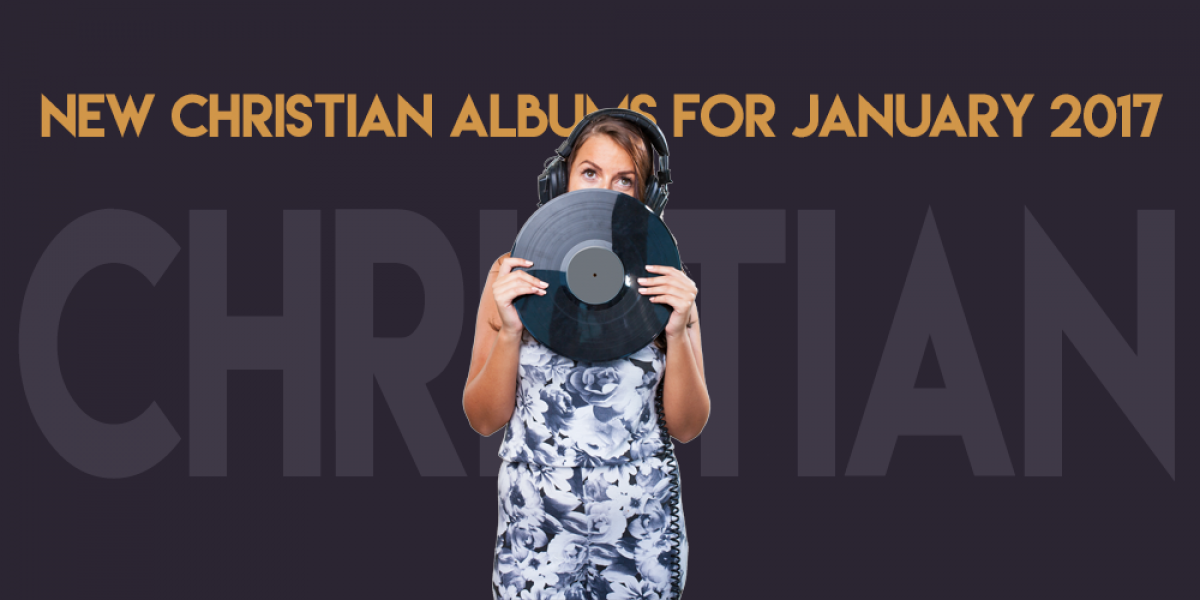 As a new year begins, it’s time to put those Christmas albums back in storage and start looking for some new Christian music. With an ever-expanding list of great artists out there, it should come as no surprise that new music is constantly being released. January saw several new Christian albums from a variety of acts. Whether you like your music folksy or with a more modern edge, there’s a good chance you’ll find some selections for your next Monday morning playlist. Check out the new Christian albums for January 2017.

Gokey has seen a big rise in popularity over the last few years. Charging past his “American Idol” days, the artist is now finding his sound and putting together the music he wants to create. Last year was a good one for the singer, as he won two K-LOVE Fan Awards for Male Artist of the Year and Breakout Single for “Tell Your Heart to Beat Again.”

His latest album, “Rise,” is a great start to 2017. The album’s title song is also its first single. This is an uplifting song that will give you a boost of encouragement. You’ll find a lot of soulful pop songs on this album. Other highlights include “Better Than I Found It” and the Jordin Sparks-featuring “Chasing.”

Holcomb is a Tennessean who got her musical start singing backup vocals in her husband’s band, Drew Holcomb and the Neighbors. She has been building a solo career for five or six years now, releasing her first proper album, “As Sure as the Sun,” in 2014. This is one of those new Christian albums that will give you peace while driving to work or as you take care of chores around the house.

“Red Sea Road” is the next step in the singer’s musical journey. Combining Scripturally sound lyrics with her ethereal voice, Holcomb is becoming a strong artist in the singer-songwriter genre. Among the songs to listen to from the album are its title track and “Find You Here.”

Technically Zach Williams’ first full-length CD came out in December, but we’ll include it here since its release was likely overshadowed by Christmas festivities. It would be tough to claim anyone had a better 2016 than Williams. His first single, “Chain Breaker,” was a home run single the second half of the year.

He first released an EP with “Chain Breaker” in the fall, but was able to put out a full-length recording just in time for the end of the year. The new album features the five songs off the EP with five new recordings mixed throughout. Williams’ voice and music are a breath of a fresh air for listeners who have heard a little too much of the same sound out there. Based on how his first single turned out, this is probably one of the new Christian albums to watch.

Catch the artist at the 2017 K-LOVE Fan Awards where he’ll be performing with Lauren Daigle, MercyMe, and Danny Gokey.

Featuring Mike Grayson of Mikeschair and Molly Reed from City Harbor, this duo released its first EP in January. It’s always nice to see a married couple that’s able to make music together. In this case, the voices blend together very well.

The EP is only six songs but it gives listeners a good idea of what kind of music they can expect to get. Highlights from the recording include “Walk” and “Fight for You.” With both musicians’ other bands calling it quits, there should be plenty of time for Grayson Reed to put out a full-length album in the near future.

Brian Johnson and Jenn Johnson - “After All These Years”

While we’re on the topic of married couples making music, the Johnsons also put out an album this month. As leaders within the Bethel Music scene, the couple has had a big hand in the creation of many Christian songs and albums over the years.

It’s been a long time since the duo released an album of their own (nearly a decade, in fact), but fans of the Bethel worship movement will be happy nonetheless. “After All These Years” has a bit of an experimental worship sound to it. Unlike the stadium sound of groups like Hillsong or Chris Tomlin, this album is an intimate, quiet examination of God and His relationship with us.

The Brilliance - “All Is Not Lost”

Another great musical family in the Christian genre is the Gungors. Michael Gungor is known for his own band (Gungor) with the hit song “Beautiful Things.” Brother David makes his music with The Brilliance. This duo with John Arndt is somewhat of an indie worship act.

WIth their second album under Integrity Music, the group puts together a poignant album full of emotional and soulful music. “All Is Not Lost” is an album for Christian listeners seeking an alternative or indie sound. Songs like “See The Love” and “Night Has Passed” are good examples of the band’s heart.

It’s not often that listeners get Christian music that’s as close to EDM (electronic dance music) as Joel Vaughn’s work. There are a few big names like Owl City that offer Christian music of a similar taste, but Vaughn’s sound is an interesting blend of fun beats and heartfelt lyrics.

With only five songs, you’ll listen to “Surrender” pretty quickly, but the catchy songs will have you going back for more. Check out “Every Alley of My Heart” and “As You Are.”

There are new Christian albums coming out all the time. You just have to keep your eyes open. Artists are constantly coming up with new songs and new ways to convey the truth of the gospel. While you can still enjoy that classic CCM sound, there are all kinds of new faces popping up in Christian rap, the worship movement, and other aspects of Christian music. There’s something for everybody.

At the K-LOVE Fan Awards, we like to celebrate the biggest achievements each year in Christian music, movies, and more. The Fan Awards weekend is the ultimate fan experience and your best way of finding all of your favorite artists under one roof. Click on the banner below to find out how you and your family can attend.