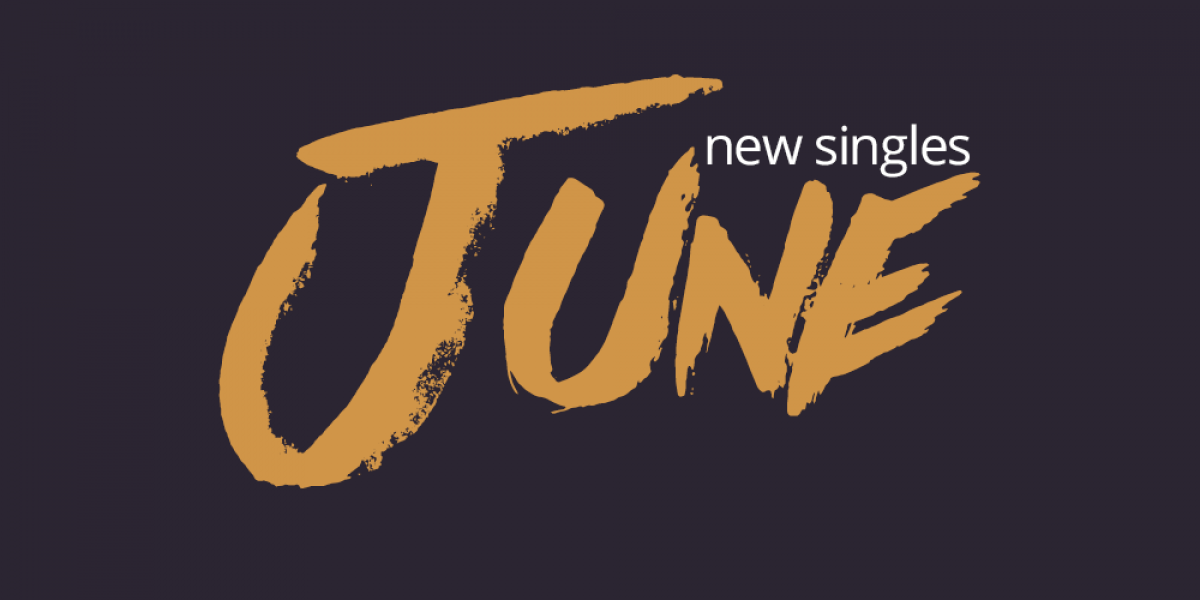 Another strong month for Christian music is in the record books! As you and your family enjoy all of the excitement that comes with the summer season, we want to give you some new Christian music to enjoy along the way. There’s a little something for everyone in June’s batch of new Christian albums and singles. Find the latest hits from your favorite artists and maybe you’ll even take a chance on some new music with which you’re unfamiliar. Here are some of the new releases from June 2017.

Making music for the last 40 years or so, Sandi Patty is one of the most well-known Christian artists of all time. She was dubbed “The Voice” many years before that title went on to be associated with an NBC reality competition. One of the artist’s biggest achievements was winning Female Vocalist of the Year 11 times in a row at the Dove Awards. Patty has a large number of die-hard fans who were happy to get to see her recently as part of the singer’s farewell tour. With this live recording, even more music lovers will be able to witness a talented voice’s last hurrah. You can also purchase a DVD version as well.

Between all of the different musical outlets associated with Hillsong Church, it seems like we get a new album every other month. The latest is “Wonder” from Hillsong United. The song is a joyous collection of all the feelings we experience when we come to know Christ. A lot of the album is songs that are slower and more introspective than the raucous live albums that brought forth some of the classic Hillsong music of the past. Still, there’s plenty for listeners to enjoy in this latest offering.

A new artist on the scene, Jokia released her first single, “Amen,” last summer. The singer is back now with an EP that is full of the kind of passion you would hope to get out of a first-timer. The EP is her first and comes with six songs that show different sides to the singer. Some of the songs are fun and more radio-friendly while others are more like pure worship and have a lot of depth.

If you like singers like Danny Gokey who bring an updated and fun sound to their music, you might be interested in Landry Cantrell. In his third album, the artist puts his best foot forward with a collection of songs that are soulful and moving but also pretty catchy. The first hit off of the album is “Before You” and it really sets the tone for the rest of the record. If nothing else, check out the acoustic performance below and see what you think.

The second of three live albums on this list of new Christian albums, “We Say Yes” is a worship album from the guys at Housefires. In a genre that is full of worship bands-turned-recording artists, it can be difficult to keep up with all of the talented groups out there. Housefires, a band from the Atlanta area, puts together an engaging live worship album that pulls you into the real experience. When you see how they recorded it, you’ll understand how they achieved that effect.

The 2011 Dove Award Winner for New Artist of the Year is back for one last record. After recently announcing that the band members were going to go their own ways, the group also let it be known that it would be releasing a final live worship album. The City Harmonic was known mainly for the song “Manifesto,” which became famous around 2010-2011. The live album features this track among some of the band’s other popular songs like “Mountaintop” and “Holy (Wedding Day).”

The solo career of Tauren Wells was born out of the ending of another band, Royal Tailor in this case. If the rest of his career is anything like its beginning, Wells is poised for great success. With three well-received singles under his belt (“Hills and Valleys,” “Undefeated,” and “Love is Action”), it was about time for this young talent to make a full-length recording. Taking the name of his most popular song to date, the album combines those early songs with some newer potential hits like “Known,” “When We Pray,” and “All About You” which features Hollyn.

It’s not every day that you can get an acoustic cover of Christian rock music. The genre has seen a lot of popular bands over the years with groups like RED and Skillet find success. Decyfer Down just released its fourth album, “The Other Side of Darkness,” in 2016. After enduring some personnel changes in recent years, the group has done just fine in continuing to make faith-filled music that rocks. WIth the acoustic EP, the band brings five of their best songs back to life with toned-down renditions that fans are sure to enjoy.

June 2017 also gave us a few new singles to go with a smorgasbord of new Christian albums. First up is “Your Love Defends Me” from Matt Maher. Recorded by Hannah Kerr in 2016, Maher’s version of the song is instantly likeable. Just as encouraging is the new single from Jeremy Camp, “Word of Life.” The song is upbeat and delivers the powerful message that our lives are forever changed once we experience Christ. Next up is Lecrae with two singles in “I’ll Find You” and “Hammer Time.” Both of these songs are pretty relaxed but you can get your feet moving with “Love is on Our Side” by Capital Kings. The single is just as energetic as you’d expect from the duo and mixes dance music with worship just right. Lastly, we’ve got John Mark McMillan’s “Enemy, love.” rounding out the list of new Christian albums and single for June 2017.

As you can see, June was good for Christian music. Plenty of new Christian albums from veteran performers as well as some newcomers making the list. We encourage you to get outside your music bubble every now and then to find some new artists that you can add to your favorites. Another great way to find new music is to come to the K-LOVE Fan Awards. While we always have the biggest names performing, you can often find newer talent as well. Find out how you and your family can be a part of the ultimate fan experience by clicking below.