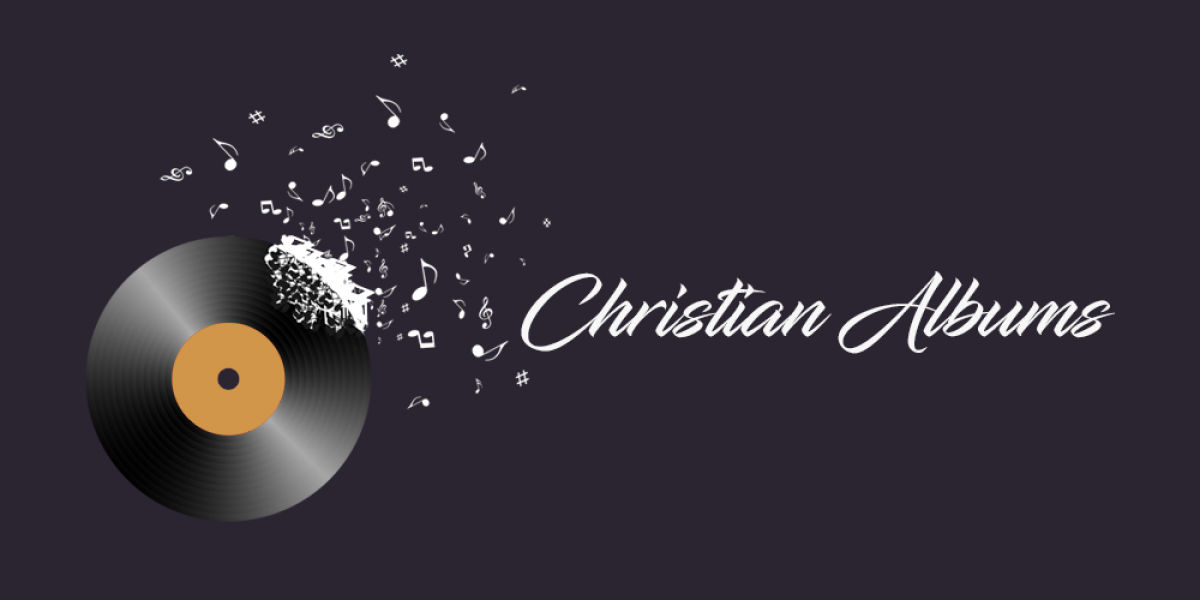 As we move from winter into spring, it’s time to start thinking about new music for all of your outdoor activities. Whether it’s a day at the park, a church social, or a family road trip, you’re going to need some new music for your activity. Looking at the new Christian albums of March 2017, there’s some great diversity for different occasions. Let’s review some of this month’s hottest releases.

After making her name as the songwriter of classic Christian songs like “Indescribable,” Laura Story began her solo career nearly a decade ago. Aside from covering songs that she wrote before going solo, Story’s biggest hit to date has been “Blessings.” This heartfelt song explores the idea of how God uses pain in our lives. The sentiment resonated well with listeners as it earned Story three Dove Awards and a Grammy.

“Open Hands” is the fifth album from the singer/songwriter under INO Records and her first since releasing a pair of records in 2015. The album’s title track is also its first single. It features Mac Powell of Third Day fame singing with Story about how God can have it all, “every victory and loss.” This idea of surrender is a common theme from the album as it shares the idea of how much bigger God is than anything else we can imagine. The idea behind the worship album is that we are to approach the King head bowed and with “open hands.”

With several gold and platinum-rated albums under their belt, MercyMe is one of the biggest bands on the Christian music scene today. The group has been around in some capacity for over two decades, during which time they have transformed the music landscape with powerful songs like “I Can Only Imagine,” “Word of God Speak,” and “Greater.” The group’s newest album is one of the most anticipated of the new Christian albums out there.

“Lifer” is the ninth studio album from the Texas band and it looks like MercyMe is in their usual hit-making form. The first single off the album, “Even If,” is quickly becoming one of the top Christian songs of the season. Like many of the band’s popular songs, the track has a vulnerability to it that will resonate with listeners. “Lifer” still has plenty of upbeat songs that will get you moving, though. “You Found Me” and “We Win” are songs that MercyMe fans will definitely enjoy.

Elevation Worship - “There Is a Cloud”

As one of the most popular worship bands out there today, Elevation Worship has built up quite the reputation for themselves lately. In 2010, the album “Kingdom Come” ushered them into the worship scene as an unforgettable live experience. 2016 brought listeners “Here As In Heaven,” an inspired album full of great worship songs like “O Come to the Altar” and the album’s title track. The group has put out a number of new Christian albums in the last few years.

The band has also learned to spread its music through a series of acoustic worship sets posted on YouTube. Several of the group’s better known songs have made an appearance here, broadening their audience even more. “There Is a Cloud” is the latest album by Elevation Worship. It features a number of strong worship anthems including “Do It Again” and “Overcome.” With big albums in back-to-back years, Elevation Worship continues to cement their place among the day’s biggest worship acts.

As one of Christian music’s biggest icons of the ‘90s and ‘00s, Jaci Velasquez is something of a legend in the industry. Releasing her first album at 17, the young singer had a number of hits that permeated the Christian market. Among the classic songs are “On My Knees” and “Flower in the Rain.” Velasquez has also released a number of Spanish language CDs, including the platinum-selling “Mi Corazon” and “Llegar a Ti.”

In recent years Velasquez has introduced acting and radio show hosting to her repertoire. Clearly the singer isn’t ready to hang up her singing career, though. Her new album, “Trust,” is only her second traditional album in nine years, but it features a few songs like “Praise the King” and “I Will Call” that fans will enjoy. Considered more of a straightforward worship album, the project is also her first album with Integrity Music. Keeping up with her roots, the album does have a Spanish language counterpart as well. Whichever version you prefer, we're excited to see Velasquez making new Christian albums.

Aaron Shust - “Love Made a Way”

Aaron Shust became a popular new voice in Christian music after the explosion of “My Savior, My God” in the mid ‘00s. The song garnered three Dove Awards for the worship leader and songwriter, giving him the “New Artist of the Year” label in 2007. Since then, Shust has released a number of albums featuring great songs like “My Hope is in You” and “Give Me Words to Speak.” The artist also got a lot of attention last year for his rendition of “Ever Be.”

“Love Made a Way” is the new live worship album from Shust (his first) and it features many of the singer’s biggest hits. Joining “Ever Be” and the other songs listed above are several classic Christian songs, including “Cornerstone.”

Like a lot of Christian singers, Kerrie Roberts got her start in music by singing in her family’s church. Roberts released her first album in 2010 under Provident. The album featured a couple of popular songs in “No Matter What” and “Outcast.” With a positive message and a fun, upbeat sound, Roberts’ first album went pretty far with Christian audiences. 2013 brought with it another pop Christian album from the singer that featured music similar to that of Britt Nicole and Hillsong Young and Free.

“Boundless,” her newest album, comes from Vital Records and features a sound that’s a little different from Roberts’ early work. “True North” and “Hold On To You” have the same upbeat feel of her self-titled album, but the rest of “Boundless” is more stripped down and comes across a little more traditional. Check out “Where My Heart Belongs” to get an idea of that sound.