New Christian Albums and Singles from May 2019 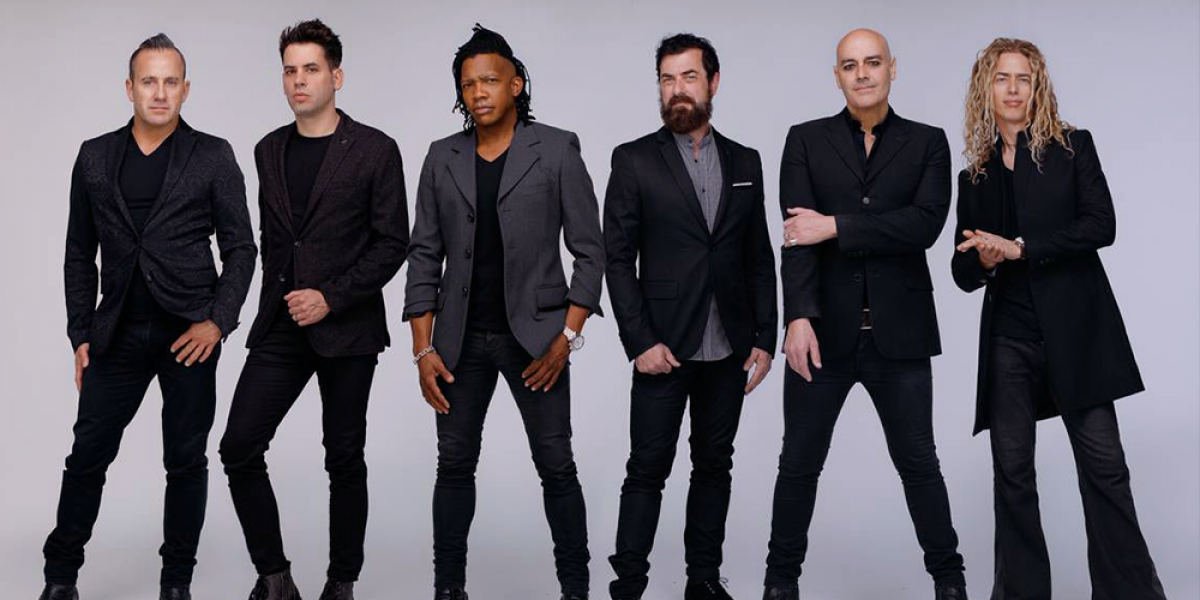 May is a month full of achievements and big decisions. It’s also the kickoff to summer with the Memorial Day weekend and the end of the school year. We are so excited for this year’s K-LOVE Fan Awards, but we wouldn’t want to leave you hanging when it comes to the new Christian albums of May 2019. Here are some of the best recordings from artists who are iconic as well as others you may be hearing for the first time. Check out the new Christian albums from this month and find your new favorites!

A band who has been present for most of the history of modern Christian music, Newsboys has seen a bevy of talented artists come through its ranks over thirty years. From Peter Furler to Michael Tait, many great musicians have taken the stage for the group. Now they’re all back together for something of a reunion record in “United.” Far from being a compilation of greatest hits, “United” introduces fans to a full array of new material, including “Greatness of Our God” and “Symphony.”

Another artist with a storied career in Christian music is Chris Rice. The singer/songwriter has produced several popular CCM and gospel songs over the years, long before he became a solo artist. After a long hiatus from recording, Rice has had a prolific 2019 that continues with “Untitled Hymn: A Collection of Hymns.” The record is packed with inspirational worship songs played in an intimate setting which fans young and old will love.

There are typically two ways to release an album. First is to have a traditional release date, later putting out singles from said album. What Stars Go Dim has done with “Better” is the second approach, having released a number of strong singles beforehand to build up anticipation for the album. “You Know Me Better,” “Heaven on Earth,” and “I Look to You” are just some of the previously released singles Stars Go Dim has been teasing in 2019. Now fans can have all of these tracks together on the 12-track album.

Seventh Day Slumber is one of the few Christian bands keeping rock music from extinction in the popular culture. The group has been through a lot in the last 20 years but the music is as good as ever in “Closer to Chaos.” The album makes its unveiling at the end of the month, but early favorites for listeners are “Alive Again” and “Still Breathing.” If you’re a fan of Christian rock, then “Closer to Chaos” is definitely one of the new Christian albums you’ll want to get your hands on.

“Fear No More” - The Afters

One of the more well-known pop/rock bands in the Christian circuit, The Afters put out its sixth studio album in May. “Fear No More” continues the band’s tradition of mixing powerful melodies with upbeat lyrics like those found on the album’s fourth track, “Lightning.” Get ready to hear another fan-loved record from the guys who know how to put out an album every two years.

Few Christian artists walk the line between fun music and pure worship like Phil Wickham. “Singalong 4” is the latest live worship release from the musician following the series’ third entry in 2015. In a time when several worthwhile groups are producing live worship concert albums, Wickham continues to assert himself as an innovative and talented worship leader. Some of our favorite tracks from “Singalong 4” are “Tremble / What a Beautiful Name” and “Anthem / Great Are You Lord.”

“Everything After” EP - Chris August

Different styles of music can dominate others based on radio friendliness or what fans want to hear at the time, but a lot of people have been sleeping on the talent of Chris August. The solo artist is back with his latest EP in “Everything After.” The record is reflective and penetrating, starting off with the battle of adding depth to our beliefs in “Know You More.” Listeners will find the next four songs from “Everything After” to be similarly personal and refreshing.

Steven Curtis Chapman has been a solo artist for over 30 years, during which time he’s become something of a patriarch in the modern movement. Though he’s putting out new material all the time, Chapman looks back on his career in “A Great Adventure.” The live album covers his first hits up to last year’s “Remember to Remember,” sometimes in a traditional presentation, but with plenty of mash-ups and reimaginings along the way. You can simply buy the live album, or you can go deeper with the DVD which features several interviews and special material. Check out the trailer below.

We’ve had more than just a few new Christian albums this month and we’re happy to share some of May’s hottest single releases as well. One of the month’s most exciting new tracks is “Dead Man Walking” by Jeremy Camp. The song is the first recording from Camp since his 2017 album, “The Answer,” and it has a great sound fans will enjoy.

One of May’s most interesting collaborations is Crowder and Social Club Misfits on “Testify.” Strong lyrics from the rap duo combined with a powerful chorus from Crowder makes for a track you just have to add to your playlist. If you’re feeling uneasy and need a little encouragement, “You Got This” by Love & the Outcome is the song for you this summer. It’s a soft jam with a steady beat that will remind you of who God is.

In celebrating Mother’s Day, singer JJ Heller released a special song called “A Mother Like You.” Have the Kleenex on standby when you listen to the song or watch the music video. Last among the month’s new singles is a song from a relative newcomer. Laney Rene has been linked to a number of Christian artists in the past but recently she has become her own act. Her latest song is “Speak Your Name,” a single which encourages us to lean on God through difficult circumstances.

These new Christian albums and singles from May are getting us ready for a spectacular summer season. Find your favorites from our list and be sure to support the artists by either buying the album or requesting their new music on K-LOVE.

If you consider yourself a fan of Christian music, films, and more, you need to join us for the annual K-LOVE Fan Awards in Nashville, TN. The weekend features an incredible lineup of all your favorite artists in one place. Find out how you can enjoy the ultimate fan experience by clicking on the link below.