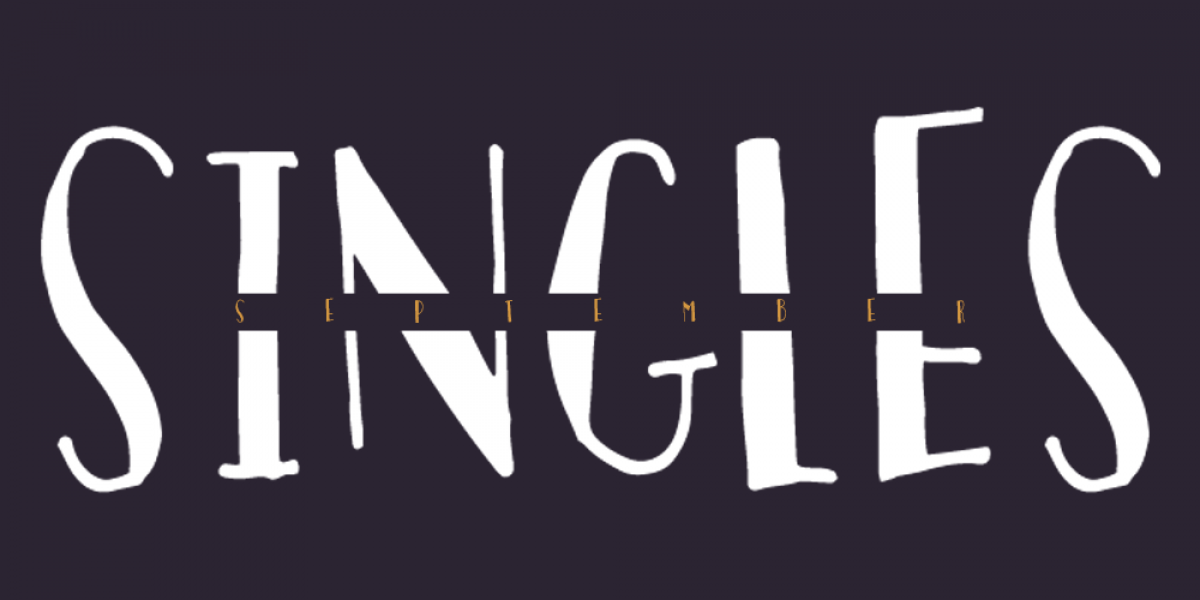 Now that school is back in gear and we’re all getting used to the idea of fall, it’s time to kick back and enjoy some new Christian albums before the holidays arrive. This month’s batch of new Christian albums offers exciting worship projects, a few familiar faces, and a lot of great music. Let’s see a few of the contenders for your next favorite Christian album.

Not counting last year’s Christmas album, this is Jamie Grace’s first album since her follow-up record in 2014. The young singer has spent the early portion of her career recording  light-hearted pop songs. With tracks like “Hold Me” and “Beautiful Day,” Christian listeners have come to expect a certain fun quality in her music. “‘91” delivers on this front with “The Happy Song” and a few other songs that make for a satisfying afternoon of listening. For a more serious song, check out “Daughter of the King” which features Grace’s sister, Morgan Harper Nichols.

John Mark McMillan may be best known for writing the hit song “How He Loves,” but the artist has done a lot more than worship ballads in recent years. His latest record, “Mercury & Lightning,” is something of a folk rock record that the musician’s fans are sure to enjoy. The collection of songs is less radio-friendly than much of today’s Christian music, but the mellow tunes might be just what you’re looking for during the day.

Christian music is no stranger to live albums, but they are generally more of a traditional worship variety. With “Untraveled Roads,” Thousand Foot Krutch delivers one of the best live rock albums Christian music has seen in a while. Bringing together many of the band’s biggest hits, this album lets fans enjoy the full concert experience. A few of the album’s highlights are the title track, “Light Up the Sky,” and “Running with Giants.”

No stranger to the K-LOVE Fan Awards nor Christian audiences, Matthew West is back for his seventh album and first non-Christmas recording since 2014. “All In” is another package of uplifting songs that will warm your heart while also jump starting your morning. West premiered the album’s first single, “Broken Things,” earlier this year but now fans can get the whole package. Some of the album’s most upbeat songs are “Amen” and “Never Ever Give Up,” the latter of which was written for the young Brooke Muford who passed away earlier this year.

“Where His Light Was” - Kristene DiMarco

Kristene DiMarco has been a rising voice in the modern worship movement lately, having appeared with both Jesus Culture and Bethel Music. Her biggest collaborations with the latter have been a rendition of “It Is Well” on the 2014 album “You Make Me Brave” and the song “Take Courage” on this year’s “Starlight” album. You’ll find “Take Courage” and several other great worship songs on this latest recording from Kristene DiMarco.

There’s plenty more worship music to come on this list of new Christian albums. Next is the musicians over at Gateway Worship who have released a new project which is the group’s first studio album. Like many church worship programs, Gateway is a collective of musicians more than a traditional band. Flowing out of the music ministry of one church, the group has been able to bless the lives of listeners across the world. “It Is Finished” and “Open the Heavens” are two highlights of this album’s fresh material.

“The Darker the Night/The Brighter the Morning” - Cody Carnes

After accompanying artists like Kari Jobe and Gateway Worship in years past, Cody Carnes has officially arrived with his debut full-length album. Much of his past work has been strictly worship music, but Carnes’ album does a lot more experimentation than a standard worship set. That’s not to say that there aren’t several praise songs in the lineup. “The Cross Has the Final Word” is just one song that fits the bill for a more Sunday-appropriate setting.

With over a dozen worship albums under his belt, Matt Redman is one of the most respected names in Christian music. The singer has been a powerful voice over the years through his involvement with the Passion movement and his knack for writing chart-topping ballads. His latest project, “Glory Song,” looks to continue the worship leader’s stream of hits with early favorites like “Gracefully Broken” and “All Glory.”

Speaking of prolific recording artists, Planetshakers is another group that has carved out a place for itself in the worship music scene. “Legacy” is the last of these new Christian albums that is predominantly worship as well as being the only live album. Proving that Hillsong isn’t the only group of Australians to create great worship music, Planetshakers puts on an amazing performance that you can actually watch when you purchase the deluxe version.

“All Things Work Together” - Lecrae

Lecrae has been arguably the biggest Christian rapper in the game these past few years. Between publishing his autobiography in 2016 and appearing several times on the Tonight Show with Jimmy Fallon, the rapper’s name has more notoriety than ever before. “All Things Work Together” addresses many of the same issues Lecrae has spoken into in the past like his childhood experience, complications from relationships, racial equality, and God’s blessings in his own life. “I’ll Find You” is an early favorite for fans that features singer Tori Kelly.

New EPs and Singles of September 2017

On top of new Christian albums this month, we also have a few good EPs and singles to check out. For those who like the musical stylings of Jordan Feliz, the “1 Mic 1 Take” EP is a great way to enjoy hit songs like “The River” and “Beloved.” Short of seeing an acoustic performance live, this EP is about as good as it gets. Last month we talked about the latest single from Blanca, “Real Love,” which just so happens to be the title of her latest EP. Picking up where she left off with her 2015 debut, the singer is ready to dish out a few Christian pop songs that will inspire your faith while also giving you something to bop your head to during your commute.

As for this month’s singles, there are a couple of good pop ballads from young female singers. The first is “All In” by Heather Schnoor, who is releasing her first recording since a 2012 EP titled “This One’s For You.” The second is “Joy” from newcomer Tori Harper. Releasing two singles this summer, the 18-year-old has a good singer/songwriter vibe akin to acts like JJ Heller. A more traditional single comes from the well-established Lincoln Brewster with “No One Like Our God.” This energetic worship song is likely to be a new favorite among Christian listeners. Bringing up the rear is a fun song from the talented Hollyn called “Hola!” which promises to be an enjoyable song for the road.

That does it for this month’s new Christian albums and singles. Between live recordings, worship albums, pop music and more, you’ll have plenty to sink your teeth into this time around. Be sure to give a few of these albums a listen and request anything you like to the folks at K-LOVE or Air1.

At the K-LOVE Fan Awards, we try to celebrate the artists and entertainers who are making the biggest impact on the Christian community. Bring together the most talented singers and bands for a weekend of amazing shows and events, it’s the ultimate fan experience. Find out how your family can see the best artists around by clicking on the link below.