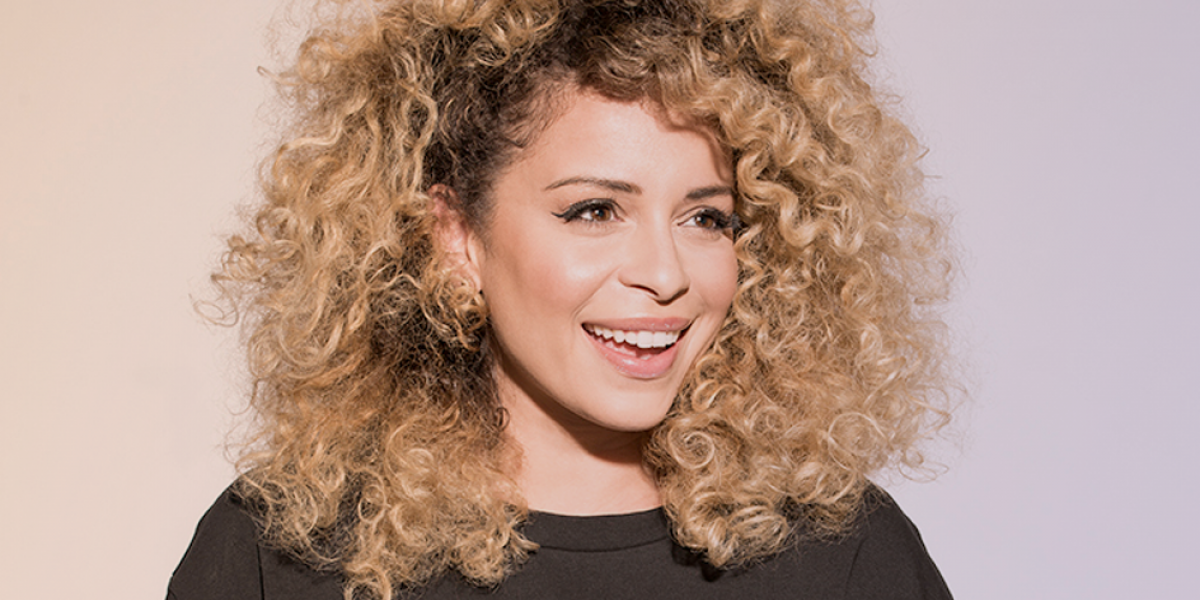 If you are one to drink your weight in pumpkin spice lattes each fall season, then you are really loving this September. We’re getting ready to watch the leaves change, thinking through fun craft ideas, and breaking out the old sweaters packed away in March. No matter how you plan to spend the fall season, you’re going to need some new Christian albums to provide the soundtrack to your day. As you’re about to see, September 2018 has been quite generous when it comes to family entertainment. Not only do we have a long list of new Christian albums, but a pair of great faith-based films also made debuts. Before we get to that, here are the new Christian albums making our list.

Blanca came onto the scene in 2015 with a self-titled debut that started a new chapter in her journey as an artist. Before then, she was mostly known for being part of the band Group 1 Crew for over a decade. In her sophomore album, the singer struck an early hit with “Real Love.” Released as a single back in September of 2017, the emotional ballad quickly became one of Blanca’s best known songs. “Shattered,” the new album, features a number of R&B songs that detail the personal walk of Blanca’s story and, frankly, are quite catchy. Some of our recommendations are “What If,” “Real Love,” and “Shattered.”

Traveling through the history of American music, you’ll find some pretty amazing records that were made in prisons. As of this month, Zach Williams joins legendary artists like Johnny Cash in being one of the few to make a live recording inside of a prison. “Survivor: Live From Harding Prison is a six-song EP that features some of Williams’ best work, including the song after which it’s titled. You can guess a few of the other songs to make the cut, namely “Old Church Choir” and “Chain Breaker.” These songs take on new life when being belted by prison inmates, though. Williams’ music, which spends a lot of time speaking on pain and bondage, is especially fitting for his audience on this record. Another great entry on the EP is a performance of “No Longer Slaves” that really sticks with you.

It’s been more than three years since Lauren Daigle’s last studio album, but it turns out the young singer was using every bit of that stretch to craft an album you likely won’t forget. From the first few lines of “Still Rolling Stones” to the closing notes of “Turn Your Eyes Upon Jesus,” both Daigle’s fans and first-time listeners will be completely sold on her abilities. “Look Up Child” is an album that brings together the best of Christian, R&B, pop, and soul for a unique sound listeners will love. For proof of that, we turn to the Billboard 200 where Daigle’s sophomore album peaked at #3 across all genres. An early favorite we recommend is “You Say,” a song all about accepting our identity in Christ.

No matter what kind of list you’re making, if the topic has to do with young musicians, you’re likely to come across a contestant from a singing competition reality show. Unlike Lauren Daigle and others, Austin French made his mark on a show not titled “American Idol.” After performing well on ABC’s “Rising Star,” French has released several popular songs, including “Freedom Hymn.” The new album, “Wide Open,” is a showcase for the singer’s talents with songs ranging from slow and emotional (“Why God” and “Spirit Speak”) to upbeat and danceworthy (“Freedom Hymn”).

From an artist making his debut to an established band with a number of new Christian albums through the years, Building 429 is back with “Live the Journey.” The group with past hits like “Where I Belong” and “We Won’t Be Shaken” released its ninth studio album this month in “Live the Journey.” The record is full of inspirational songs of faith among which “You Can” and “Shame Doesn’t Live Here” stand out.

Tori Kelly is a rarity on this list in that she is probably better known by the secular music audience than the church crowd. The singer is something of a self-made artist, getting her start posting YouTube videos and writing/producing/recording her first EP on her own. Eventually Kelly was picked up by a major label and was nominated for Best New Artist at the Grammys. The singer has worked with Christian artists like Lecrae (who appears here in “Masterpiece”) in recent years and her new album is full of gospel music. Each of the eight songs on “Hiding Place” are a testament to Kelly’s singing talent as she belts the big notes and has an airy presence on songs like “Sunday.” We’ll see what the future holds for Tori Kelly as a maker of Christian music, but “Hiding Place” is a strong introduction to the genre.

There’s no denying the last ten years have brought a revival of worship music. From Hillsong to Chris Tomlin to your local church, songs of worship are some of the most popular in all of Christian music. One of September’s new Christian albums features one of the biggest names in the game right now: Elevation Worship. “Hallelujah Here Below” is the group’s third major live recording in three years, following “Here as in Heaven” and “There is a Cloud.” The new album boasts an impressive 14 worship songs that will set your heart ablaze and get your body moving. Some early favorites are “Here Again” and “God of the Promise.”

You may remember this title from an old Rascal Flatts song, but the sentiment takes on extra meaning when you see the heartwarming story depicted in this September release. After a woman loses her soldier husband, she has to pick up the pieces of her life and faith and learn to live again. The film is one of two offerings this month that asks plenty of tough questions and provides hope to the hurting. The second is found below. “God Bless the Broken Road” earned $1.3 million in its opening weekend, but it will need a bigger audience if it aims to be profitable.

America quickly learned the story of Louis Zamperini upon the release of the Angelina Jolie-directed “Unbroken.” For those who may still be unaware, Zamperini was a famous athlete, WWII POW and Christian leader who touched millions of lives. The 2014 film touched on most of the hero’s service in the war and his athletic accomplishments, but left most of his religious beliefs on the cutting room floor. “Path to Redemption” picks up with Zamperini at home in United States, but still suffering from his years in a Japanese POW camp where he was continually beaten and malnourished. The film follows his fight with alcoholism, his relationship with his wife and child, and how he eventually found relief from his pain at a Billy Graham crusade in 1949. Trust us when we say the film’s climax is a powerful moment. “Unbroken: Path to Redemption” opened to $2.2 million in its first weekend and has since earned more than $5 million total.

These new Christian albums and movies should equip you and your family with plenty of faith-based entertainment for the month ahead. It’s amazing what impact Christian entertainment can have on believers. That’s why the K-LOVE Fan Awards exists to allow audiences the opportunity to meet their favorite entertainers and vote for the artists whose work has inspired them. Find out how you can take part in the ultimate fan experience by clicking on the link below.