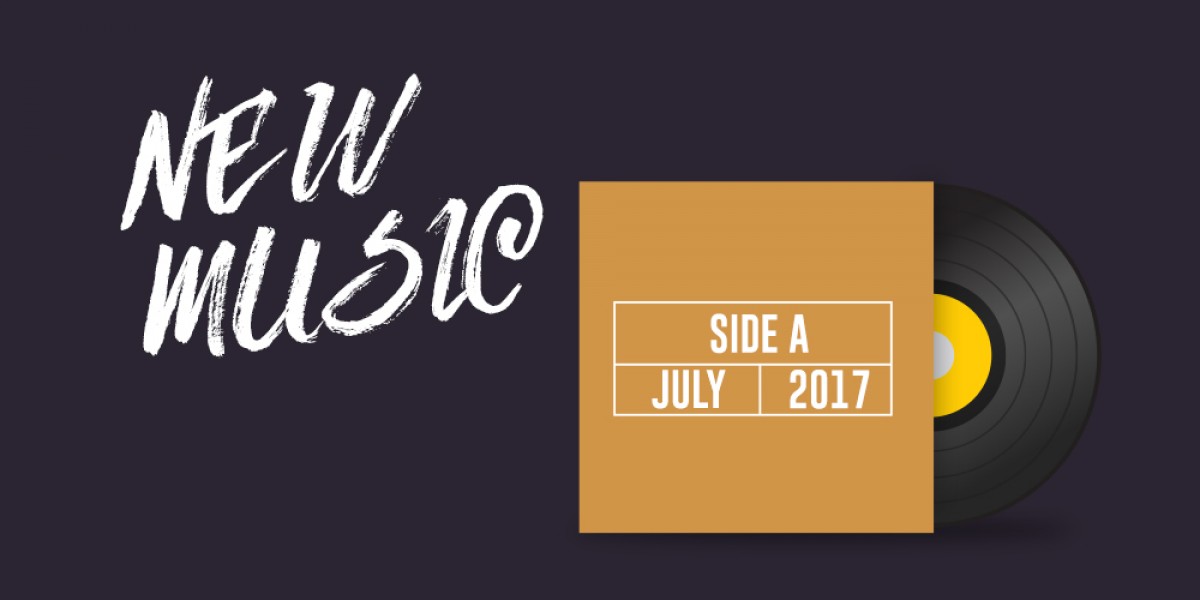 We know you’ve been listening to Lee Greenwood’s “God Bless the USA” all month long, but it’s time for something new. Although we don’t have too many patriotic anthems on this month’s list of new Christian albums and singles, there are some great songs from old favorites and brand new artists. You can find a little of everything in July’s batch of new music: soloists, rock bands, folksy worship music, and more. Check out the new Christian albums and singles for July 2017 and find something new to add to your collection.

Nordeman has been in the Christian music industry for 20 years, but there hasn’t been that much in the way of recordings since her 2005 album “Brave.” In the in-between there have been a few singles and “The Unmaking” EP, but we’re happy to have a new full-length project to absorb. After hits like “Legacy” and “Brave,” Nichole Nordeman made herself known as a talent in the Christian community. “Every Mile Mattered” promises to be a return to form for the singer whose fans will be eager to pick up the album at the end of the month.

Another act that has put in a lot of time is Seventh Day Slumber. Formed around the same time Nichole Nordeman was putting together her first album, the band has been creating some powerful rock over the last two decades. The band writes a large part of their material on the deadly results of following the world’s path, and how we can have renewed hope through Christ. This mimics the life of singer Joseph Rojas who nearly died from drugs before starting the band. “Found” is the latest album in a long line of recordings that includes a Spanish-language project and a more traditional worship album in 2013’s “Love & Worship.”

Coming to us from across the pond, this UK worship group delivers the kind of music we are hearing from young acts like Hillsong Young & Free and others who want to test the limits of the worship genre. With a dance/electric sound, the band creates a spiritual atmosphere that will get your feet moving as you sing praises to the King. “Hello Maker” is the follow-up recording to Bright City’s first album which was a self-titled effort. If you’re looking for new Christian albums that mix worship with a lively beat, check these guys out.

An artist that you just might be hearing about for the first time is Rise and Run. This month’s edition of new Christian albums brings their first big recording, “Isaac.” Hailing from the Pine Tree State, also called Maine, this group of guys has a nice alternative sound that is refreshingly simple and sounds something like a mix of Unspoken and Building 429. It’s always fun to say you discovered a band before they made it big, so give these guys a listen.

Believe it or not, there’s a second artist on this list of new Christian albums that is putting out their debut album. Andy Garcia teamed up with Dream Worship for his first step into the Christian music scene. “Forever We Sing” does feature a few covers and new versions of favorite Christian songs like “Death Was Arrested,” but Garcia’s debut album also has a lot of originality. He turns the classic hymn “All Hail the Power of Jesus Name” into an upbeat worship jam that will get you moving. Other highlights include the slower “He Won’t Leave You There” and the album’s title track.

The turn of the century ushered in the arrival of several Christian rock bands like Skillet, RED, and Disciple. Another act that got its start at the time was the guys over at 12 Stones. Their first album, a self-titled debut, was released in 2002 and brought the group some fans with songs like “Broken” and “The Way I Feel.” This month saw the group’s fifth album in “Picture Perfect.” With early favorites like “Nothing to Say,” Christian rock fans are hoping for a lot from a band that hasn’t released a new album in five years.

There are only a few lead singers who have traveled around in more bands than Kevin Max. After early success with the Christian powerhouse DC Talk, Max has held vocal duties in Audio Adrenaline, pursued a solo career, and also been featured in songs by Newsboys, Sonicflood, TobyMac, and others. His new 8-song collection is full of cover songs that each have meaning for the singer. From artists like Bob Dylan, Rich Mullins, U2, and Max’s own DC Talk, the songs are a great fit for the Christian singer’s musical style.

Needtobreathe was feeling generous this month as the group released a pair of singles in “Waiting” and “Count On Me.” The former is an upbeat track with a catchy chorus while the latter is a bit more soulful. Both songs serve to solidify the new sound that the band unveiled with their “Hard Love” album last summer. If you’re looking for a pop/rock song that will get your feet moving, check out “What Freedom Feels Like” from Cody Carnes. The track is the latest from an artist who has yet to release a full album but has already worked with singers like Kari Jobe and put out a few EPs. We’re getting a new Jesus Culture album in August, but for now we will enjoy listening to the first single, “Your Love Has a Name.” The song features Kim Walker-Smith, who is coming off her own successful album in “On My Side” and a hit song with “Throne Room.” Lastly, we’ve got Finding Favour’s latest release “It Is Well.” We’re cheating a little as this song snuck under our radar in June, but it’s a powerful one that will stick with listeners. If you like what you hear, the band also has a full album coming out in August.

Like we said, July brought us new Christian albums with a lot of new talent as well as the return of some artists we hadn’t seen in a while. It’s great news for us all as we start to think about the end of summer and all that lies ahead. Find some faith-filled music that will push you forward in your walk and challenge you to be more Christlike. Don’t be afraid to look for a new artist that is a little outside of your usual preference. The K-LOVE Fan Awards is all about bringing together popular Christian artists with the fans who are impacted by their music. Find out how you can be a part of the festivities by clicking on the link below.