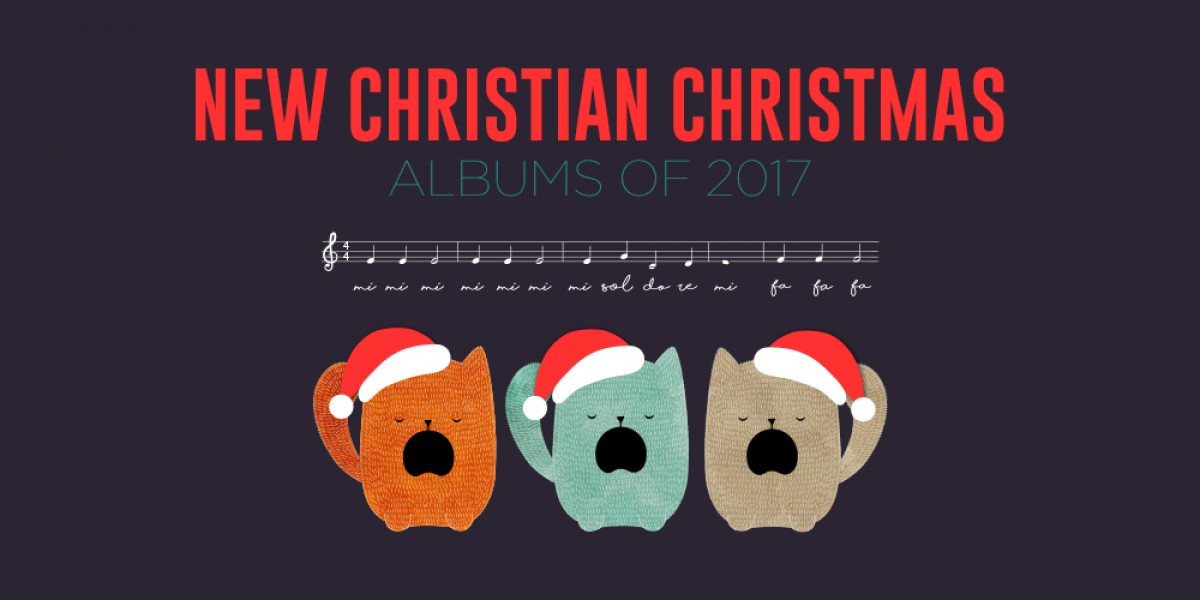 Christmas brings with it so many wonderful traditions: setting up a tree, hanging lights, participating in church or school Christmas programs, and so much more. You may even have a favorite Christmas album that you excitedly dust off each December. Why not give Bing Crosby a rest this year and try out some of the new Christian Christmas albums released in 2017? At the very least your holiday playlist could probably use a sampling of new material. Try out a few of these new Christian Christmas albums and see if that holiday album from The Carpenters still holds up.

“For Unto Us” - Paul Baloche

Paul Baloche is a popular worship leader who has been behind several well-known songs like “Open the Eyes of My Heart.” Over the last few years the singer/songwriter has released two holiday albums that mix Christmas carols with common worship songs. This time, Baloche is mixing the best of the projects into one live album that was recorded in London. One of the best pairings is “For Unto Us a Child is Born” and Baloche’s own “Open the Eyes of My Heart.” What makes this such a powerful musical experiment is that it turns the carols and hymns that we nostalgically love into a time of worship. This helps us to not lose sight of the season’s true meaning.

The guys over at for KING & COUNTRY have come a long way in the last five or so years. The group has won multiple Grammys and Dove Awards, not to mention nine(!) K-LOVE Fan Awards. For KING & COUNTRY has always been known for its stellar live performances and now we can all enjoy the experience with this live Christmas album. One of the album’s highlights is a take on the classic song “Little Drummer Boy.” The band has long been a fan of incorporating strong percussions in its act, so the song works wonders in this adaptation.

Some of the best Christmas music comes from strong vocalists who are able to pull us into the song. Meredith Andrews is known for having such a voice, one that she has shared on popular songs like “Not For a Moment” as well as the “Behold the Savior” Christmas EP. “Receive Our King” is a full-length album that borrows a few songs from that 2013 EP while also mixing in some new tracks. One of the best reasons to make this one of the new Christian Christmas albums to enjoy is that most of the songs are not your traditional holiday listening. Aside from “Hark! The Herald Angels Sing,” you’re not going to find too many songs that have been repeated ad nauseam over the years.

For a relatively new act in Christian music, Love & the Outcome has been able to string together a few hit songs in “He is With Us” and “The God I Know.” This EP is the group’s first sizable outing into the holiday scene, although the group did put out a single called in “Emmanuel” in 2013. That song along with four others make up this small Christmas record. If you’re looking for a more pop-like Christmas album that keeps things upbeat, Love & the Outcome has a nice option for you here. “The King is Here” is one of the year’s best new Christian Christmas songs and it’s a highlight of this recording.

We all know how important it is to mix things up when you’re listening to music. Different moods call for different kinds of music. That’s why we think Tenth Avenue North’s “Decade the Halls” is one of the best new Christian Christmas albums. As the title suggests, the record is one that moves through different periods and styles of music to give listeners one of the most rounded Christmas music experiences possible. Among the highlights are “The First Christmas,” which features Zach Williams, and a big band version of “O Come All Ye Faithful.”

Young singer Hannah Kerr released her debut album a little over a year ago and now she’s back with a Christmas EP that features a few classic songs. Among the famous covers are a moving rendition of “Breath of Heaven” and a previously released take on “Have Yourself a Merry Little Christmas.” Kerr also has an original song titled “Christmas Eve in Bethlehem” that has been getting attention this holiday season.

Almost all Christmas music has the ability to inspire us and warm our hearts, but it’s always special when you find just the right song or album. Hillsong Worship is no stranger to Christian audiences, being one of the most trusted sources of worship music. The Hillsong outfit returns this year with a beloved holiday album that is pure praise and worship like only it can do. Atmospheric and hopeful, this is certainly one of the new Christian Christmas albums to discover. Especially endearing are the songs “Seasons” and “Prince of Heaven.”

Maybe you’re looking for new Christian Christmas albums this year, but you can’t settle on any one album. In that case, you might want to try out this collection of holiday tunes that features the biggest names in Christian music. You’ll find Francesca Battistelli, Big Daddy Weave, Kari Jobe, Rend Collective and over a dozen other top Christian artists on the album eager to help you ring in the Savior’s birth.

That wraps up our review of the new Christian Christmas albums of 2017. No matter which songs or artists you choose to help you and your friends and family celebrate this amazing holiday, we hope that you remember the reason for it all and Christ at the center of your Christmas.

We hope you love to listen to these Christian artists and others throughout the rest of the year as well. Did you know that you can see the vast majority of the biggest acts all in one weekend? At the K-LOVE Fan Awards, we have brought in everyone from Hillsong United to Lauren Daigle to MercyMe to Switchfoot in recent years. Our hope in doing so is to provide the ultimate fan experience. Click on the link below to find out how you and your family can join us at the next celebration.