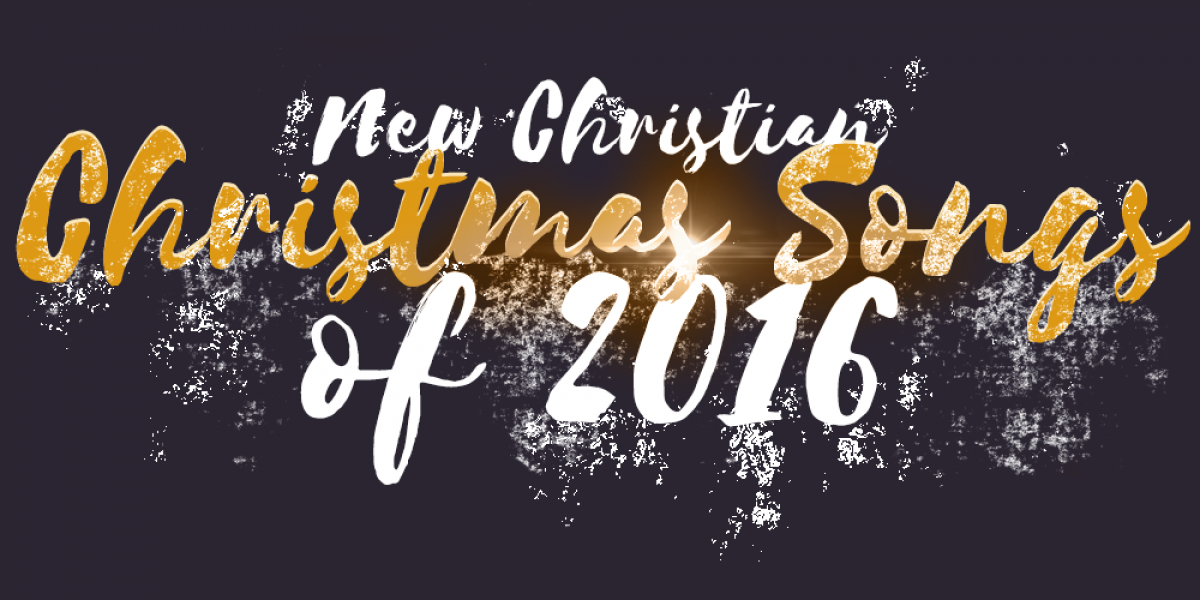 The holidays bring with them a time for family and generosity, They also mean it’s time for all of your favorite Christmas traditions like decorating and listening to good music. Did you know that there are new Christian Christmas songs every year?

Like clockwork, popular Christian artists release their takes on Christmas classics each fall and winter. Many of the musicians provide covers, some write a new song or two, while even a few more bands will create entirely original Christmas albums. Everyone has their favorite holiday classic, but we hope you found something fresh to add to your playlist from these new Christian Christmas songs of 2016.

“Light of the World” - Lauren Daigle

With her soulful voice, it was only a matter of time before Lauren Daigle made a jazzy album to really let her hair down. The singer takes a pleasant turn with her Christmas album, “Behold.”

Technically, “Light of the World” is a new version of Daigle’s song from previous recordings, but it feels like a fresh take. The K-LOVE Fan Awards Artist of the Year’s original take for the song was more of a traditional worship song that showcased her voice more. With the “Behold” version, the song fits much better into the album’s overall feel and full-band sound. Instead of being just about the young singer’s talented voice, the song has a few more layers. Oh, and it’s a very nice Christmas song.

If you like what you hear from “Light of the World” and want to hear the rest of “Behold,” we recommend “Have Yourself a Merry Little Christmas” and “O Holy Night.”

Another one of the biggest stars in Christian music right now is the Australian outfit of for KING & COUNTRY. Having released a short Christmas EP in the past, the Smallbone brothers revamped “Into the Silent Night (Extended)” with a new Christmas song called “Glorious.”

As one of the new Christian Christmas songs, “Glorious” is distinctly a product of the band’s signature sound. Similar to songs like “Priceless” and “Not Over Yet,” this Christmas song features big drum beats and everything else you would expect from the band’s work. If you’re looking for something a little more traditional, the EP does include a cover of “Angels We Have Heard on High.”

This Christian singer-songwriter has been releasing solid albums for a decade now, but very little Christmas music. With her latest album, “Unto Us,” the songstress gives Christian music fans a full helping of acoustic Christmas music. While the album is mostly covers, you’ll find a song or two you don’t know as well.

“Christmas is Here” welcomes in the yuletide season while also reminding us of why this is such an important time of year. On top of this new original, there is the song “Oh, To See Christmas,” which is a fun holiday song about being a kid. Bing Crosby fans might also enjoy JJ’s cover of “Count Your Blessings.”

“His Name Shall Be” - Matt Redman

While the album pulls in some of the Christmas magic, it is at its heart a worship album. Songs like “His Name Shall Be” and “These Christmas Lights” put the focus solely on God as the “reason for the season.” If you’re wanting some holiday-inspired worship anthems, this might be the Christmas album for you.

“God With Us” - We Are Messengers

As one of the newest bands on the scene, We Are Messengers wasted no time in releasing some new Christian Christmas songs. Their four-song EP, “God With Us,” offers up a nice little holiday mix.

Although “From Heaven to Earth (Joy to the World)” contains some Christmas lyrics, there’s not much to keep you from enjoying the album year-round. Far from just being covers of your favorite holiday classics, this EP is one you can play in April without receiving too many sideways glances. The title track is a solid worship song in any month.

Christy Nockels has one of the strongest voices in Christian music, so a new Christmas album is hard for us to ignore. “The Thrill of Hope” is a full-length album that features both covers and original songs.

“Advent Hymn” is a great worship song to prepare your heart for the Christmas season. After listening to it, you can skip over to the album’s bluegrass cover of “Hark! The Herald Angels Sing/O Come Let Us Adore Him” or “O Come O Come Emmanuel.” With plenty of songs to choose from, there’s a lot of diversity on “The Thrill of Hope.”

With the moniker “A Christmas Collection,” West’s second Christmas album is actually a combination of songs from 2011’s “The Heart of Christmas” and a few new tracks.

“The Best Christmas Ever” - Newsong

Having been on the Christian music scene for 30 years, Newsong has had more than their fair share of holiday hits. Their fourth Christmas album, “The Best Christmas Ever,” combines many of the group’s earlier hits with a few new tracks.

This album is great because it serves as a greatest hits compilation for Christmas music lovers while also delivering five new songs. The title track is a fun, upbeat holiday song that will help to mix up your playlist from the more serious Christmas music out there.

As you can see, there are more than just a few new Christian Christmas songs out there. We know it can be hard to keep track of all the holiday classics out there, but we hope you get a chance to check out these new Christmas hits.

At the K-LOVE Fan Awards, we know that you want to be in the loop when it comes to the latest in Christian music, movies, and more. What if we told you that you could be part of the ultimate fan experience in Nashville, TN? To find out how you can witness the biggest weekend in Christian entertainment, click on the link below.