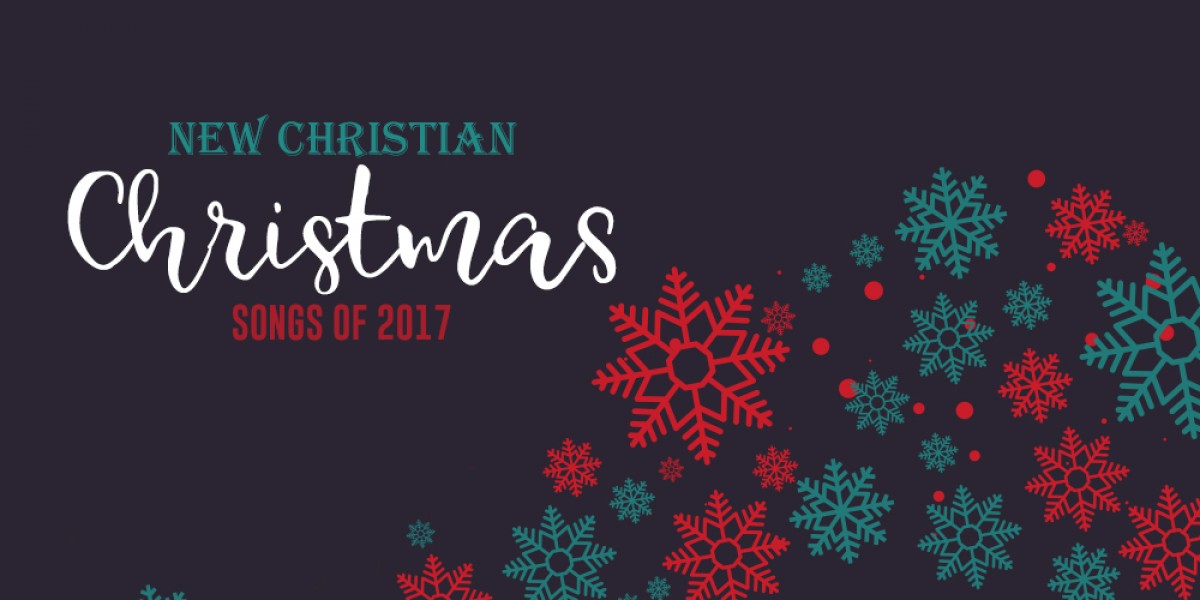 As much as we enjoy our Christmas traditions, sometimes you need a little newness to spice up the holiday. If you’ve grown tired of that same Bing Crosby album, we’ve got a few new Christian Christmas songs to add to the rotation. Live recordings, popular Christmas covers, and original content all make up this list of new Christian Christmas songs of 2017. Check out a few of the fresh additions and see if you like what you hear.

For KING & COUNTRY has long been known for putting on a captivating live performance, so it only makes sense for the band’s first full-length Christmas album to be live as well. Recorded in Phoenix, the album kicks off with a percussion-heavy rendition of “Little Drummer Boy.” The band released a similar studio take of the song on its 2016 EP, “Into the Silent Night,” but the live version adds a new aspect to an already great song. Another one of the good Christian Christmas songs from these guys comes from the older EP. “Glorious” may sound a little modern for Christmas, but it’s 100% for KING & COUNTRY.

It’s been many years since Hillsong Worship last put out a new Christmas album. A lot of the band’s past holiday work has been more simple covers than original content, but 2017’s “Christmas: The Peace Project” feels more like a true Hillsong album. While the album has a few covers, “Prince of Heaven” is one of the year’s best new Christian Christmas songs. The song feels like a true worship song that you’d hear on any other Hillsong Worship album. “Prince of Heaven” takes the Christmas story full circle by setting up what the world was like pre-Christ, the nature of His birth, and what it means for us today.

Few Christian bands over the years have been able to speak to the heart quite like Casting Crowns. With the band’s latest Christmas EP, they’ve released yet another track that will reach millions of listeners. “Make Room” is a simple, peaceful song that shares the story of Jesus. On top of retelling this important part of Scripture, the song asks the listener if he or she will be like the innkeeper who told Mary and Joseph that there was no room for them to stay or if we will embrace Christ. For it’s sweet melody and effective message, “Make Room” is one of the best new Christian Christmas songs of the year.

So far we’ve seen new Christian Christmas song from some of the biggest names in the business, but there are plenty of up-and-coming acts that have great holiday music as well. Pulling from the same aspect of the Christmas story as Casting Crowns, Hannah Kerr’s song focuses on the question of “What would I do if I were there on the night of Jesus’ birth?” It’s a question we don’t often think of and one that makes for a wonderful Christmas song. You can find “Christmas Eve in Bethlehem” and other holiday tracks on Kerr’s recent EP, “Emmanuel.”

One of 2017’s most interesting Christian Christmas albums comes from the band Tenth Avenue North. While many holiday albums feature songs that all sound the same, Tenth Avenue North’s “Decade the Halls” collection mixes things up with different styles of music. One of the album’s original songs is “The First Christmas” which also features Zach Williams. If you’re looking for a song to break up the monotony of slow Christmas classics, this track can do it. Styled after the rock and roll of the 50’s, it’s a fun jam that will get your feet moving.

Love & the Outcome has made a name for itself over the last few years with songs like “He Is With Us” and “The God I Know.” Now the group has come out with its first holiday EP, titled “Christmas Songs.” There are a few good songs on the recording, but one that really sticks out is “The King Is Here.” It’s a soft pop song about the birth of Christ. Joining the ranks of old Christian hymns like “Joy to the World” and “Hark the Herald Angels Sing,” it’s a song that celebrates the moment when God came to earth to save us all.

When we think about the classic Christmas songs from centuries ago, we often think of hymns like “Silent Night” or “Away in a Manger,” but there are many other Christmas songs that fly under the radar. One such hymn is “Come Thou Long Expected Jesus,” which was written by Charles Wesley. It makes sense that such a historic song would be covered by Meredith Andrews as the singer has made a career of leading worship with outfits like the Vertical Church Band. Combining the timeless words of Wesley with the singing talent of Andrews makes for one of the year’s best new Christian Christmas songs.

It just wouldn’t feel right if we didn’t include “O Holy Night” on a list of great Christmas songs. No matter who’s singing it, it’s a beautiful reminder of the night when hope entered the world and mankind was saved from the weight of its sins. This version of the song is sung by former Memphis May Fire frontman Matty Mullins. Although Mullins has a few more tattoos than the typical soloist at your church, the rocker shows off his vocal talents here. For more of his work, you can also check out his latest album, “Unstoppable.”

Shortly after releasing her first album with Curb Records, Mallary Hope also put out this Christmas single for the holidays. Taken from the perspective of Mary, it weighs everything that might have been running through the mother of Jesus’ mind as she marveled at her young son. The song has influences from Hope’s country music background as well as the peaceful joy that most Christmas songs exude. The singer/songwriter also released a cover of “Mary, Did You Know?” at the same time.

“Angels We Have Heard On High” - Sarah Reeves

This classic Christmas carol is great to hear when a big choir starts to echo through the “Gloria in excelsis Deo,” but we’ve all listened to that a million times. This version of “Angels We Have Heard On High” is a modern take on the hymn that has an upbeat rhythm and is not afraid to change things up halfway through the song. If nothing else you should give it a listen just to hear Reeves’ great vocal talent on such a timeless song.

Shane & Shane is a worship group that has been putting out albums left and right since starting the Worship Initiative project a few years back. The duo has released four volumes of music in 2017 alone. The latest collection of music is a Christmas EP with five classic songs, including “What Child is This.” You can’t really go wrong with any of the album’s offerings, but this song captures everything Shane & Shane fans love in the group’s usual serenading.

That does it for our list of new Christian Christmas songs of 2017. We hope you find some new favorites from this list and share them with your families. If they're as big of fans of Christian music as you are, then they would love to join us at the K-LOVE Fan Awards. Each year we bring together the hottest names in music, Christian films, and more for the ultimate fan experience. Find out how you and your family can be a part of the year's biggest event by clicking on the link below.