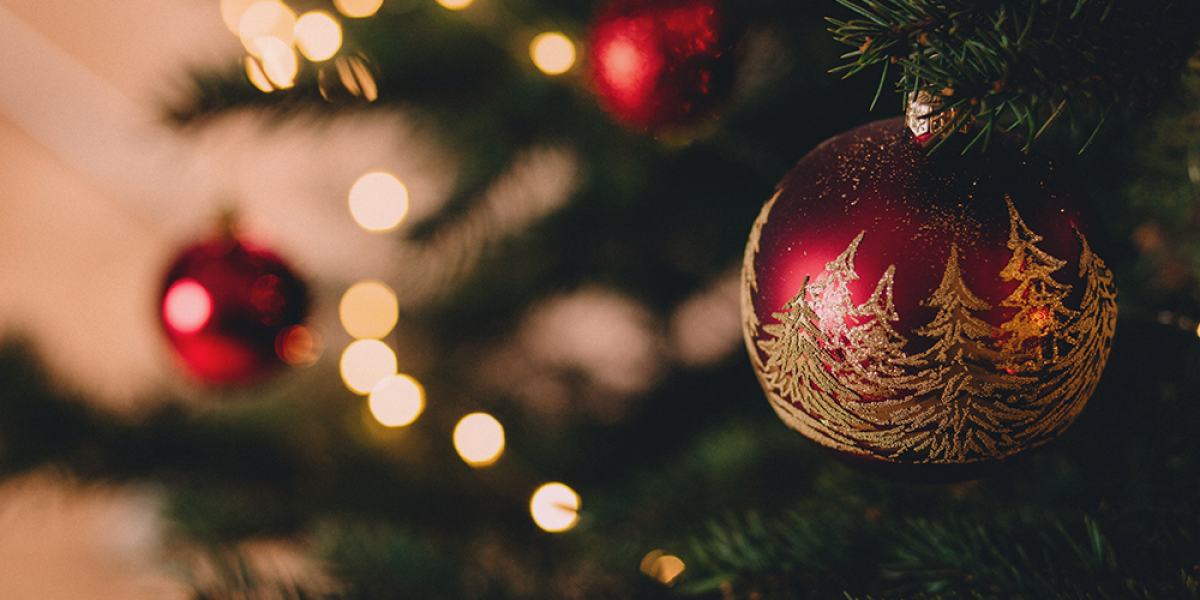 Get out your ugly sweaters and start making some holiday-themed baked goods. It’s time to celebrate Christmas! What’s a Christmas celebration without a little music? Each and every year we track the best new Christian Christmas songs you should consider adding to your list of favorites. In a year where there weren’t many big Christmas albums, fans were graced instead with a number of EPs and singles from artists across all spectrums. Here are some of our favorite new Christian Christmas songs from 2018.

Caleb Grimm makes multiple appearances on our list of new Christian Christmas songs, this time with his wife Kelsey. The couple has put out a series of albums together over the last year or two. Ranging from worship anthems to covers of other songs they love, these collections have helped to raise their profile as a husband/wife duo. The two released a holiday album titled “Christmas Together” in 2018, but one of the songs not found on that album is a rendition of the famous Leonard Cohen song, “Hallelujah.” Fashioned for the holiday season, this “Christmas Hallelujah” shows off the couple’s skills as vocalists while also ushering in a reflective Christmas spirit. The song debuted at #11 on Billboard’s Hot Christian Songs chart this December.

Apart from two singles produced five or more years ago, Building 429 hasn’t ventured too often into Christmas music. That changes with “Glory.” A song written somewhat from the perspective of the shepherds on the night of Jesus’ birth, its lyrics convey the wonder of how such a small event can have eternal and supernatural implications. “Glory” is more or less a Christmas worship song, as many of its lyrics are lifted from the words of praise voiced by a choir of angels in Luke 2. If you’re looking for new Christian Christmas songs this season, this is a worthy option.

We know listening to the same genre of Christmas music over and over can become monotonous, so how about a little hip hop? 116 dropped a new album titled “The Gift” this fall and it will meet all of your holiday hip hop needs. “Joy” is a takeoff from the song “Joy to the World” and it expands the original carol’s meaning to inspire us to create joy in our world even today. It’s easy for us to celebrate the birth of Jesus thousands of years ago, but He is still at work and that is something we should definitely still find joy in.

“Hope for Everyone” - Matt Maher

If there is one word Matt Maher wants to get across in this new Christmas track, it’s “hope.” The coming of Christ is an event that changes the world for the better. It brought God closer to man and opened up a path to enjoy Him forever. How could we not find hope in that? “Hope for Everyone” is just one of the exciting tracks on Maher’s new Christmas album, “The Advent of Christmas.” If you like what you hear, you can also pick up the accompanying book for you and your family to enjoy together (although you may be late for the full advent experience).

“Christmas is All About You” - Mallary Hope

Mallary Hope has established herself in the Christian music scene these last two years, releasing a self-titled debut album following her years in the country genre. Along with this, Hope has two impressive holiday songs that have performed well in “Just a Baby (Mary’s Song)” and now “Christmas is All About You.” The latter made its first appearance on the Hot Christian Songs chart this December. “Christmas is All About You” reminds us it’s okay to enjoy the more earthly aspects of the season, but not to forget the heavenly joy at the heart of the holiday.

As one of the biggest voices in the modern worship movement, Kim Walker-Smith has the power to really send home the message of the season with “Love Came Down.” The song is true to the singer’s solo work, as well as her time with Jesus Culture, showcasing her ability to capture rooms of all sizes. The song premiered at #45 on the Billboard chart, so we’ll just see how well the song performs over the holiday season and in years to come.

Stars Go Dim has been busy this year bringing a number of singles to their fans, including “Heaven on Earth” and “You Know Me Better.” Now the band is back with one of our favorite new Christian Christmas songs of 2018. The track begins with a hint of nostalgia, the same way we all wish we could return to our favorite holiday memories from childhood. Before we get to far down the rabbit hole, though, the band is quick to remind us the real reason for peace, joy, and hope this Christmas is the arrival of God’s Son.

“Mary, Did You Know?” - Anthem Lights

Yes, Caleb Grimm is back on our list of new Christian Christmas songs, this time with his band, Anthem Lights. These guys are great for covers of hymns and other beloved songs, all of which makes them better during this time of year. The group released a new collection of songs, “Christmas Hymns,” in 2018. One of the most impressive features of this album is a rendition of “Mary, Did You know?” Though the band released a video for this song last year, we’re going to go ahead and count it for 2018 thanks to the new album. (It’s nice to make up your own rules.)

“Christmas on the Radio” - Finding Favour

If you want to fully embrace nostalgia this Christmas season, there are few songs that fully embrace that topic quite like “Christmas on the Radio.” Finding Favour’s newest single not only has lyrics related to this subject, but even the song itself sounds as if it were being broadcast 60 years into the future. “Christmas on the Radio” captures the essence of what the holiday means as a child and warns us not to let a second go by without celebrating.

“Here is Our Christ” - Chris August

Maybe you like your new Christian Christmas songs to be void of all the season’s Bing Crosby-ness. “Here is Our Christ” is the latest single from Chris August and it is one of the few songs on our list to not sound like something you would hear at the mall 42 times this Christmas season. “Here is Our Christ” is a modern singer/songwriter take on the prophecy of Christ’s coming and how Jesus fulfills all of God’s promises.

That does it for 2018’s new Christian Christmas songs. Did we miss your favorite new track? There have been so many exciting new songs this season, we know it can be tough to stay up to date. At the K-LOVE Fan Awards, we want to celebrate all of the great musicians and entertainers who are making an impact in the Christian community and the world beyond. We also provide fans with the best chance to see all of their favorite artists each and every year. To find out how you can be a part of the ultimate fan experience, click on the link below.