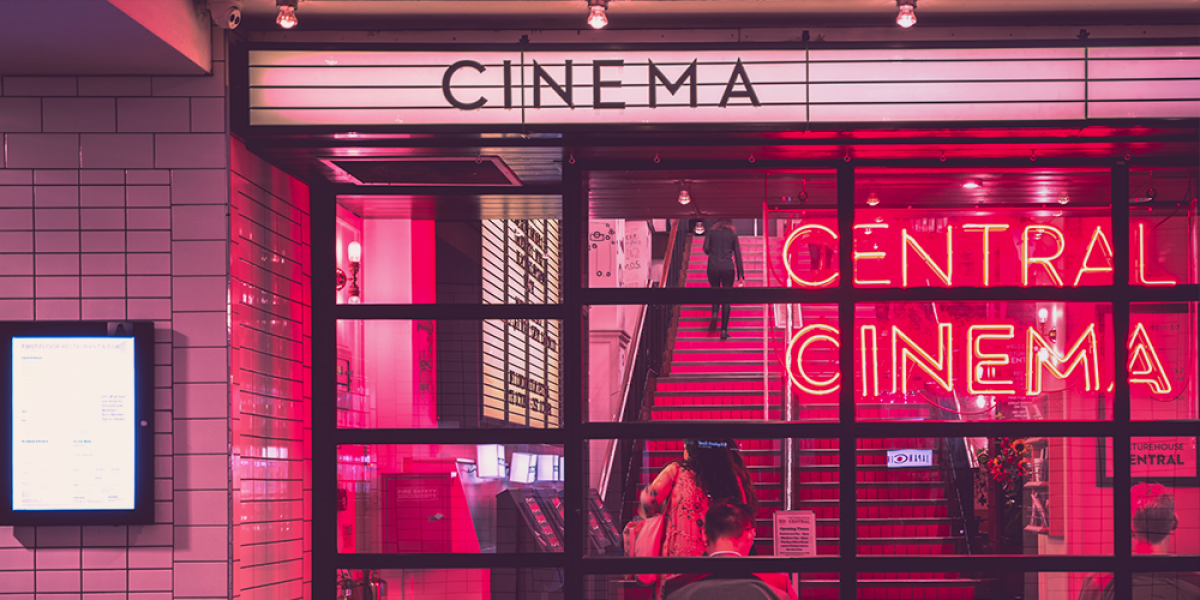 As we look to close out the year known as 2018, we here at the K-LOVE Fan Awards want to look back on the new Christian movies released in theaters around the country. The year saw a number of fresh and exciting films that challenged viewers and entertained audiences. From films causing thought-provoking discussion to those which warmed our hearts, 2018’s new Christian movies have been a welcome addition to the world of Christian media. Here are the year’s biggest films, why we loved them, and some of their many accomplishments.

One critique of the Christian film movement is the majority of these films are family stories or historical pieces never straying from simple melodrama. We know the Bible alone has a number of stories with great violence and other factors difficult for more innocent viewers to take in. Without becoming something unsafe for families, “Samson” was a film looking to break through the expectations of what a Christian film can be. As one of the only Christian action movies around, Samson found relative success in February of this year. The film, starring Taylor James as Samson and featuring well known actors like Rutger Hauer and Billy Zane, made $4.7 million at the box office. Unfortunate timing may have kept the film from earning more, as it premiered the same day as the year’s biggest domestic success ($700 million), “Black Panther.”

The next film to make its debut in 2018 was “I Can Only Imagine.” Christian music fans, and even many of those outside of the faith, recognize the title from the 2001 song from MercyMe. “I Can Only Imagine” is one of the best performing Christian songs of all time and the film reveals the moving story behind it all. The film follows the life of singer Bart Millard as he goes from a young child with a tape player and a tenuous relationship with his father to a grown musician trying to make sense of the change he sees in his father. Audiences resonated with “I Can Only Imagine” more than any other new Christian movies in 2018. The film earned an impressive $83.4 million in theaters, placing it right in between Disney’s “Christopher Robin” and the animated feature “Smallfoot” at the year’s end. It also became the sixth highest grossing Christian film of all time according to box office experts.

Two other new Christian movies premiered shortly after the arrival of “I Can Only Imagine,” the first of which was “Paul, Apostle of Christ.” Christian audiences know how rare it is to see a New Testament story in theaters not centered on the life of Jesus. Despite being the author of many books of the Bible, we have very few modern films depicting his journey. “Paul, Apostle of Christ” shows many of the issues the famous missionary dealt with throughout his life, from personal feelings of regret to persecution on multiple fronts. Though much of the film is hard to verify outside of a few details outlined in scripture, the story rings true. We see the early church, hear from Luke (played by Jim Caviezel), and better understand the emotions and motivations of all involved. “Paul, Apostle of Christ” earned nearly $23 million worldwide on an original production investment of $5 million, making it one of the year’s most successful new Christian movies.

The last of the new Christian movies to release in Spring 2018 was “God’s Not Dead: A Light in Darkness.” From a business perspective, the “God’s Not Dead” series has been very successful. Between the three films, there has been a cumulative box office growth of nearly $100 million. Each installment follows different levels of religious persecution in the realm of education. “God’s Not Dead: A Light in Darkness” takes a somewhat different (and refreshing) approach from its predecessors by turning the conflict inward and wondering what the Christian community should do in response to trying times. Should you fight fire with fire, or is there a better way? The film features the return of Reverend Dave (David A.R. White) and other familiar faces from the series, but its best addition is actor John Corbett who plays Dave’s wayward lawyer brother.

We’ve seen several Christian films over the past few years featuring different storylines and people groups coming together to tell a broader message. “Beautifully Broken” is another such tale, this time showing the story of three very different families. The plot concerns two families in Rwanda as well as a group of Americans and each comes to help the other heal and survive a number of trials. Although this is one of the smallest budgeted films on this list, viewers will recognize many cameos from people like Michael W. Smith, TobyMac, and others.

We’ve already seen stories about families, Biblical period action films, and music biopics. How about a romantic drama? “God Bless the Broken Road” is an all too familiar story for some. When a woman loses her husband to war, she finds her Christian beliefs fading as well. It will take her whole community, plus the welcome entrance of a talented race car driver, to bring her family back together and restore her faith. Like “Beautifully Broken,” the film features several familiar faces in football legend LaDainian Tomlinson and singer Jordin Sparks. “God Bless the Broken Road” made just shy of $3 million at the box office during a busy influx of new Christian movies.

The truth is often greater than fiction. Audiences first got a glimpse into the life of Louis Zamperini in 2014. “Unbroken,” directed by Angelina Jolie, showed the early life of the Olympian-turned-WWII POW, but it missed out on his spiritual conversion and how he learned to cope with his severe PTSD. “Unbroken: Path to Redemption” picks up where the former left off as Zamperini returns home from the theater of war. This powerful tale follows his journey of being a war hero who is nearly lost to alcohol addiction and anger issues before the intervention of his wife and a young Billy Graham. The film grossed $6.2 million in theaters and impacted viewers around the country.

“An Interview with God”

If you had the opportunity in a one-on-one setting, what would you ask God? When a young journalist struggling with skeletons from war meets a mysterious man claiming to be God, his whole world turns upside down. “An Interview with God” is different from the other new Christian movies on our list because it played for a limited engagement of less than a week on less than 1000 theaters. (For comparison, know that “God Bless the Broken Road” played at more than 1200 theaters at the peak of its run, which lasted roughly two months.) The film stars up-and-comer Brenton Thwaites and Oscar nominee David Strathairn as the journalist and his subject respectively. In only four days the film managed to earn $1.2 million, an impressive feat given its limited advertising and short midweek run.

Last on our list of new Christian movies is another dramatic story coming straight from the battlefield. “Indivisible” shares the true story of Army chaplain Darren Turner as he is deployed to the Middle East and learns to minister to his men along the way. His struggles increase when the fog of war begins to corrode his marriage and his faith is put to the ultimate test. “Indivisible” stars Justin Bruening and Sarah Drew of “Grey’s Anatomy” fame and features supporting roles from a bevy of other familiar television actors. The film scored a 72% positive rating from critics and a 93% among audiences according to Rotten Tomatoes, the highest score for both scales of any film on this list.

These new Christian movies broadened our expectations of what faith-based films can be. If we combine the box office totals from these nine films, new Christian movies earned over $131 million in 2018. This is an exciting preview of what’s to come and a helpful reminder that Christian audiences are hungry for faith-based content. We want to celebrate the artists and entertainers who are making an impact in the world today. At the K-LOVE Fan Awards, we bring together the biggest names for the ultimate fan experience. Find out how you can be a part of the year’s biggest celebration by clicking on the link below.