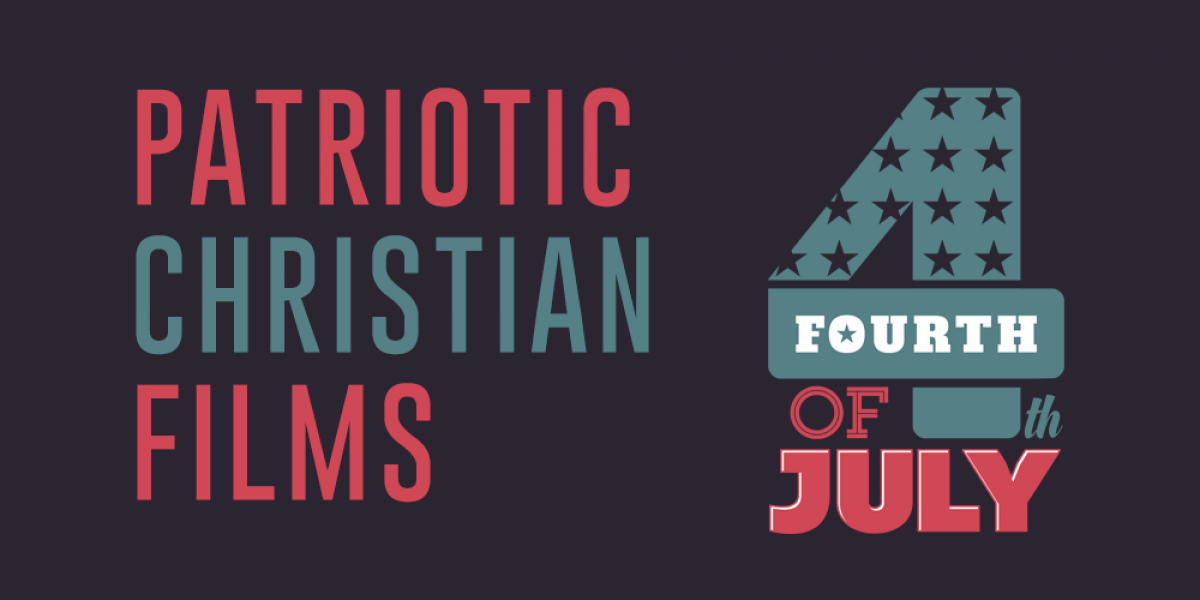 The 4th of July is a wonderful time for getting together with family, having a barbecue, and relaxing. Like many holidays, though, its true meaning runs much deeper than enjoying fireworks. There’s nothing wrong with enjoying some time off, but we should all remember the importance of our country’s day of independence and those who have come before us. When it comes to patriotic Christian films, they typically revolve around those who have served in the military. There is a long history of faith being intertwined with the life of a soldier. The Bible itself is full of references to battle and Christians often talk about putting on the full armor of God. It shouldn't be any surprise that there are a few patriotic Christian films out there that discuss this very connection. Here are a few movies that are worth checking out this holiday.

Anyone who has been around long enough will likely tell you that things just aren't the way they used to be. This is especially true when it comes to honor, duty, and faith. The last few decades have seen amazing advancements in technology, medicine, and more, but it seems like we as a people have somewhat lost our way. This is probably a feeling that every generation has about the people who follow them, but that doesn't mean it’s always okay.

In “Last Ounce of Courage,” a grandfather comes to terms with the modern culture’s blatant disregard for the virtues that made America what it is. He sees that there is no respect for freedom or religious exercise and intends to do something about it. The 2012 film was shot on a very low budget so there are a few shortcomings due to that, but the message of the film is one that should resonate with believers who want to celebrate the nation’s independence.

Directed by Mel Gibson, “Hacksaw Ridge” is a powerful film that contrasts the brutality of war with the hope and selflessness of faith. The film earns its R rating mostly through the depiction of battle during the Pacific campaign of WWII. This shouldn't be much of a surprise for anyone who saw Gibson's "The Passion of the Christ." Potential viewers should know that there is a fair amount of language and one scene of brief nudity as well.

“Hacksaw Ridge” tells the true story of Desmond Doss who was a medic during the second World War. What set Doss apart from his fellow soldiers is that he believed that any form of killing was murder, so he did not carry any weapons during the war. The medic was a man of deep conviction who was willing to risk a court martial to stand by his beliefs as a pacifist. Despite these setbacks and harassment from his peers, Doss served honorably throughout the war. He was awarded many medals for bravery, including a Purple Heart and the Medal of Honor. Although the film may be a bit much for younger audiences, it is a great story of courage, faith, and conviction. Below is a special introduction of the film for veterans that Gibson shot.

A true story that shares a few details with that of Desmond Doss is the heroic account of Sergeant Alvin York. Even before you get to his military career, the story of this man is a wonderful example of the grace of God. Before coming to know the Lord, York was a drunkard and a tough man to be around. After dedicating his life to Christ in 1914, he set out on the straight and narrow path.

When the United States was pulled into the Great War, York struggled with the balance between his Christian principles and his duty to his country. When the time came, however, he was more than capable of fighting for his country. Winning the Medal of Honor, York was highly decorated and grateful for the opportunity to have served his country. He even tried to get in on WWII despite being in his 50’s. The film portrayal of the sergeant’s career is one of the most popular war films of all time and features the iconic Gary Cooper in the lead role.

“Faith of Our Fathers”

“Faith of Our Fathers” tells a story that will resonate with many Americans as it shows us that faith can get us through tough times. Released by Pure Flix in 2015, the film tells the journey of two men who seek to better understand their fathers who served in the Vietnam War. As they travel together to the Vietnam Memorial in Washington, D.C., the men uncover the friendship that their fathers had and the impact that faith had on their years of service in the war.

It’s always good to have patriotic Christian films about the Vietnam War, as that conflict is almost always viewed in a negative light by Hollywood. We often glorify WWII because the US was fighting Adolf Hitler and a number of barbaric acts across the globe, but the soldiers of Vietnam and beyond also deserve recognition and gratitude for their service. There is plenty of opportunity for great storytelling here as well.

The 4th of July is partly considered a military holiday due to the role our troops played in granting independence during the Revolutionary War and beyond. We can never deny that there are many other brave men and women who serve our country today in a different capacity. Firefighters, police, paramedics, and other emergency personnel help us to enjoy daily freedom by keeping us safe and allowing daily life to run smoothly. In fact, they are probably playing a big part in your festivities by guiding traffic during a parade, supervising fireworks displays, and treating any burns you receive at the family cookout.

There are a few patriotic Christian films that highlight the sacrifices of these individuals. First, “Courageous” is a film that teaches us the importance of duty and taking care of our families. “Fireproof” is about treating your marriage as a priority and giving it the kind of effort that it takes to battle the most dangerous of fires. Lastly, “The Grace Card” is a film that shares the modern day struggles of police officers and the communities that they protect

We wish that there were more patriotic Christian films covering the birth of independence in 1776, but as Christian entertainment continues to develop, it may happen soon. For now, these are some of your best bets for enjoying patriotic Christian films this 4th of July. At the K-LOVE Fan Awards, we know how important it is to have family-friendly entertainment that encourages faith and points us closer to Christ. That’s why we celebrate the musicians, filmmakers, authors, and athletes who are making an impact for the kingdom of Christ. Find out how you can be a part of the ultimate fan experience by clicking on the link below.