Most Popular Bible Translations and Where They Came From 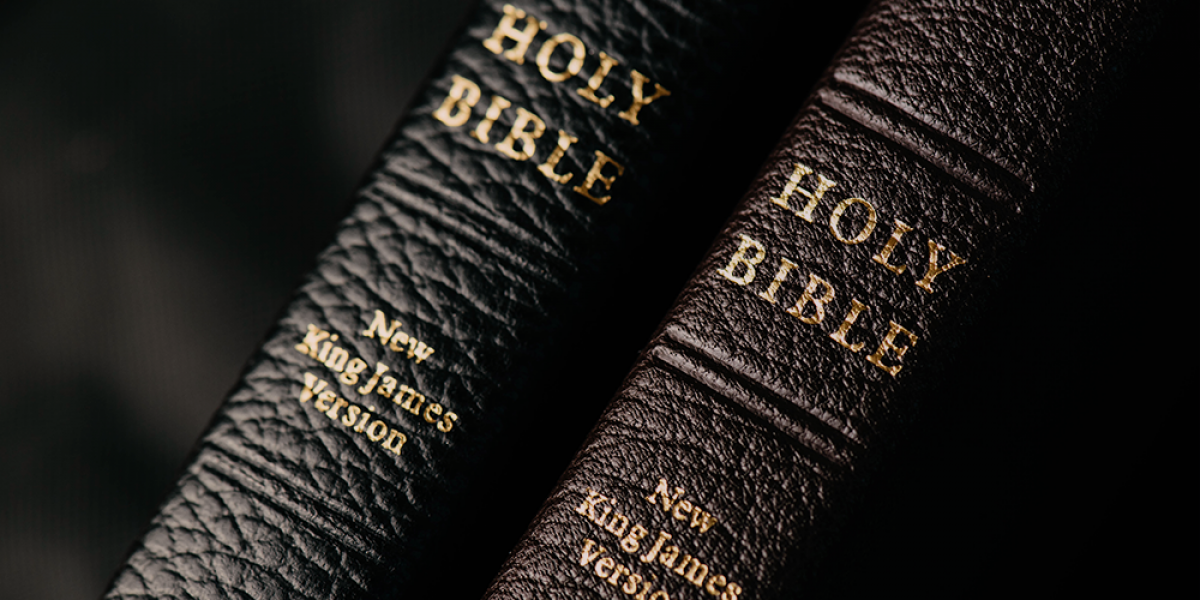 The King James Version is the grandaddy of modern Biblical translations. While the writings of both the Old and New Testaments floated throughout history, passing from believer to believer and between places of worship, it wasn’t until the invention of tools like the printing press that God’s Word could be found so readily available. In England the KJV was preceded by the work of John Wycliffe in the 15th century and William Tyndale decades later. King James I of England was made aware that several inadequate translations of scripture were passing through the area and so decided to create a new and more trustworthy edition. In the early 17th century, his translation, often called the Authorized Version, was completed and quickly became the translation of choice. To the modern reader it may sound as antiquated as William Shakespeare’s work, but there are many today who will read nothing but the KJV and it’s still the prefered translation for the majority of Bible readers.

“I am crucified with Christ: nevertheless I live; yet not I, but Christ liveth in me: and the life which I now live in the flesh I live by the faith of the Son of God, who loved me, and gave himself for me.” - Galatians 2:20

For those looking to enjoy one of the most popular Bible translations that favors a modern voice, the English Standard Version is great. Published only about two decades ago, the ESV builds upon a rich history of Bible translation from Tyndale and other English translations such as the Revised Standard Version for a text that brings in some of the best aspects of earlier editions and gives scripture a modern, “essentially literal” (their words) translation. While many scholars and young people enjoy the ESV, it has not quite become one of the elites in the list of most popular Bible translations. Considering the date of its publication, however, we expect to see an increase in its usage over time.

“I have been crucified with Christ. It is no longer I who live, but Christ who lives in me. And the life I now live in the flesh I live by faith in the Son of God, who loved me and gave himself for me.” - Galatians 2:20

If there is any competition for the King James Version when it comes to the most popular Bible translations, it is definitely the New International Version. As we made our way beyond the middle of the 20th century, there were many voices calling for an updated translation that could reach a more modern world. After a decade of work, the International Bible Society and Zondervan published the first full NIV Bible in 1978. Within a decade, it became the best selling modern English Bible. Though many great translations have come after the NIV, it remains the #1 or #2 choice for readers in most polls. This is due to the ease of reading and level of accuracy that the NIV offers.

“I have been crucified with Christ and I no longer live, but Christ lives in me. The life I now live in the body, I live by faith in the Son of God, who loved me and gave himself for me.” - Galatians 2:20

Just a few short years before the NIV was published, another group of believers put together a strong English translation known as the New American Standard Bible. According to the Lockman Foundation, the primary group behind the creation of the NASB, there were four aims with the translation: First, it must be true to the original Hebrew, Greek, and Aramaic. Second, it should be grammatically correct. Third, it should be understandable. Lastly, that God should be given the ultimate authority in scripture, therefore not watering it down to fit personal preferences. Using these guidelines, this group was able to create one of today’s most popular Bible translations.

“I have been crucified with Christ; and it is no longer I who live, but Christ lives in me; and the life which I now live in the flesh I live by faith in the Son of God, who loved me and gave Himself up for me.” - Galatians 2:20

If there’s one word to describe the vision for the New Living Translation, it’s “clarity.” The team putting together this version of the Bible was seeking to clear up hard to understand terms, update language, and break things down to a more modern dialect. Created in the 1990s, the translation was originally meant to be an update of The Living Bible but the project took on new life and the large interdenominational team was able to create an interesting new translation. To give you an idea of what updates were made, know that many of the outdated units of measurement have been changed to current terms easier to understand.

“My old self has been crucified with Christ. It is no longer I who live, but Christ lives in me. So I live in this earthly body by trusting in the Son of God, who loved me and gave himself for me.” - Galatians 2:20

The Message - Most Popular Bible Translations

Considering the recent passing of Eugene Patterson at 85 years of age, it would be remiss of us to forget The Message. This paraphrase of the Bible opened God’s Word up for many by freeing itself of antiquated speech patterns and presenting the truth in a modern way. As you can tell from the phrasing of Galatians 2:20 below, The Message wants to make sure the reader is not confused by any terms. This leads to a more conversational dialogue where complex words are updated and described. The Message was printed in the early 21st century and has become a useful tool for those who have trouble with older translations.

“Indeed, I have been crucified with Christ. My ego is no longer central. It is no longer important that I appear righteous before you or have your good opinion, and I am no longer driven to impress God. Christ lives in me. The life you see me living is not ‘mine,’ but it is lived by faith in the Son of God, who loved me and gave himself for me.” - Galatians 2:20

The 20th century was a popular time for people who wanted to modernize the Word of God. Like the scholars responsible for several other entries on our list of most popular Bible translations, the readers of the KJV wanted to make the Bible easier to read without sacrificing the style they had grown to love. For the NKJV, the mission was to bring the Bible into today’s culture without losing the power or purpose of its original translation. This is a harder task than simply starting from scratch, but using many of the same texts utilized in the KJV translation, the translators were able to come up with a final product true to their vision.

“I have been crucified with Christ; it is no longer I who live, but Christ lives in me; and the life which I now live in the flesh I live by faith in the Son of God, who loved me and gave Himself for me.” - Galatians 2:20

While this isn’t an exhaustive list of all the translations available, there’s no question that these are the most popular Bible translations in circulation. In fact, the KJV and NIV account for nearly three out of four of all English Bibles people read today. No matter what translation you claim to be your favorite, we hope you are being spiritually fed through the Bible’s divine message.

Although prayer and the Bible are easily the best ways to stay connected with God, we also believe that Christian music and books on Christian living can be a big help as well. The K-LOVE Fan Awards exists to celebrate all that God is doing through Christian media and entertainment and to connect fans with the artists they love. Find out how you can be a part of the ultimate fan experience by clicking on the link below.