7 Popular Christian Bands That Are Having a Great 2017 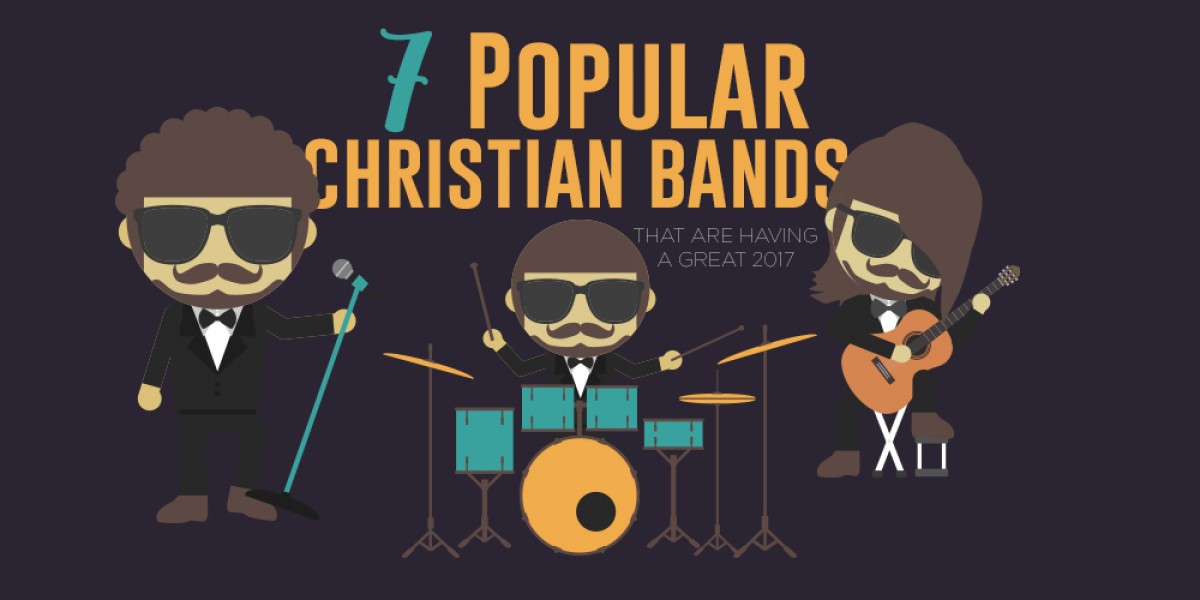 We can barely believe that 2017 is starting to wrap itself up, but soon we’ll all be decorating for Christmas and rushing to get last second gifts for the cousin who RSVPed at the last moment. It’s been another great year for Christian music as new artists emerged and powerhouse favorites reminded us why we love their music. Let’s look at seven popular Christian bands and see what made this year so special for each of them.

We can only imagine the kind of willpower and skill it takes to create nine studio albums in 16 years, but MercyMe certainly has them. In March 2017, the group released “Lifer,” which has gone on to be one of the best selling albums of the year. Part of that success is due to the album’s top single, “Even If.” The track is a powerful and moving ode to the tough times we all face and how God is the One that we trust no matter what. Its music video (found below) has over 21 million views on YouTube. MercyMe isn’t one of the year’s popular Christian bands just for that, though. The band was nominated for Artist of the Year and Group/Duo of the Year at the 2017 K-LOVE Fan Awards and recently won both Artist of the Year and Pop/Contemporary Album of the Year at this fall’s 48th Dove Awards.

This band has been one of the strongest voices in worship music for over a decade now. Hit songs like “Lead Me to the Cross” and “Hosanna” are commonly heard on Sunday mornings in churches across the world. In 2017 the group released its fifth studio album, “Wonder.” It joins over a dozen live albums in becoming an instant bestseller. The group has long been known for its powerful live performances, but lately Hillsong United has also stepped it up on the digital front with a large number of videos. The group’s recent project, “Of Dirt and Grace,” was a live album and series of music videos recorded in the Holy Land. The project, which just won a Dove Award for Long Form Video of the Year, has a great version of “Oceans (Where Feet May Fail)” that can be found below.

Many of the year’s popular Christian bands are groups that have been around for a long time and this group is another one with impressive longevity. Skillet recently celebrated 20 years in the music business, which is simply astounding. One of the greatest Christian rock bands of all time, the group is known for fist-pumping jams that are packed with life-changing lyrics. Skillet has an impressive fanbase that consists of a surprising number of non-Christians. It just goes to show that in a world full of pop and hip hop, a rock band with true talent is much appreciated. Skillet released their latest album, “Unleashed,” in August 2016, but it’s still hovering in the top 20 Christian albums 15 months later. The group was nominated for three Billboard Music Awards in 2017 as well as Group/Duo of the Year at the K-LOVE Fan Awards.

Shortly after Skillet released its “Unleashed” album, the talented folks over at Casting Crowns put out “The Very Next Thing.” The group has come a long way since 2003’s self-titled debut album, but the lyrics and music have remained just as encouraging as ever. “Oh My Soul,” the group’s latest hit song, is one of the year’s best so far. Casting Crowns has also recently put out a Christmas EP titled “It’s Finally Christmas.” The group was named Contemporary Christian Artist of the Year at the Dove Awards on top of being nominated for Group/Duo of the Year at the K-LOVE Fan Awards.

When it comes to winning K-LOVE Fan Awards, for KING & COUNTRY is an expert. This past year the group left with the awards for Group/Duo of the Year, Artist of the Year, and Song of the Year (“Priceless”). For KING & COUNTRY also has four Dove Awards and two Grammys from past years, making for an impressive collection of hardware after only five years on the scene. Aside from winning awards, the group’s main activity in 2017 was touring and releasing the single “O God Forgive Us” from the album “Run Wild. Live Free. Love Strong.” Although that album has charted well for two years, the group does have a new holiday album titled “Christmas Live From Phoenix.”

Like Skillet, the guys over at NEEDTOBREATHE are part of one of the most popular Christian bands that transcends the genre to a diverse audience of Bible believers and those outside of the faith. The band kicked off its All the Feels Tour this fall and sold out on the majority of its stops along the way. Still riding the success from last year’s “Hard Love,” the group also released a special EP of new material and remixes titled “Hard Cuts” in August 2017. On top of being nominated for Group/Duo of the Year at this year’s K-LOVE Fan Awards, the group took home the Dove Awards for Rock/Contemporary Recorded Song of the Year (“Hard Love”) and Rock/Contemporary Album of the Year.

A worship act that has exploded in popularity over the last couple of years is Elevation Worship. We’ve covered these guys in connection with other popular church worship programs in the past, but they’ve carved out a special place in today’s music landscape. The 2016 release of “Here As in Heaven” and 2017’s “There Is a Cloud” have been huge for this worship collective. Among the top songs to come from these albums is the worship hit “O Come to the Altar.” The group also put out an acoustic album featuring some of their best work in October of this year.

It’s been a fun year in Christian music as we’ve found a few great new acts and some of our old favorites have released long-awaited albums. We look forward to the coming year and all that it means for the genre.

If you’ve ever wanted to see popular Christian bands like these we’ve listed, you’ll be happy to know that the K-LOVE Fan Awards is the best place to find all the top talent under one roof. Each year we bring together the biggest names in Christian music, movies, and more for the ultimate fan experience. Find out how you can attend by clicking on the link below.