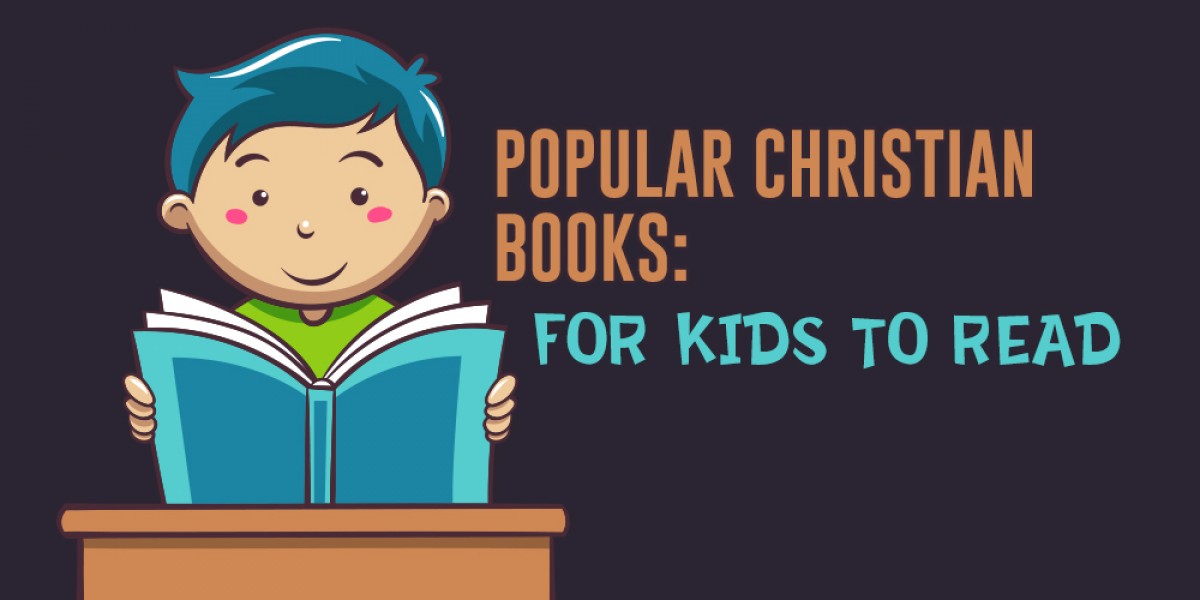 We are all hardwired with the yearning to learn and experience new things. From the very beginning of our lives we want to explore and take in all that the world has to offer. One of the best ways to do this as a child is to read. By picking up a book you can travel to a faraway land, see mythical creatures, or simply understand the world better. Christian books also give us the chance to learn more about the God who created us and the way in which He is involved with our daily lives. Some of the most popular Christian books for kids teach Biblical values using both fantasy and the real world. There are many books to discover, but we’ve put together a list of some of the best. Here are a few popular Christian books for kids that promise a fun time of learning and adventure.

The Chronicles of Narnia

This masterpiece series from C.S. Lewis has been a favorite among Christian readers for decades now. Without spoiling too much of the series, it follows the adventures of a group of children who journey from England into the fantasy world of Narnia. Along the way there are huge battles, an evil witch, talking animals, and so much more. The central character for many of these adventures is Aslan, who is a powerful but good lion who serves as an analogy to Jesus. With seven books in the series, kids can spend hours in the wonderful world of Narnia. They may be popular Christian books for kids, but plenty of adults love the series as well.

This is a relatively new series from author and speaker Priscilla Shirer that tells the story of two brothers who find themselves in an unseen world full of danger and surprises. Serving as an allegory for the spiritual struggle that is constantly going on around us, these books show the power of God and the ways in which we can fight our own battles when we look to Him as the source of our strength. There are two books and a devotional in the series so far, but we’ll see if more are on the way soon.

Here’s an option for young girls and others who may not be interested in fantasy adventures. Author Melanie Marks specializes in high school and romance books for younger readers. Like many of her other books, “Slumber Party Wars” follows the adventures of a 12-year-old girl. In this book, the protagonist is changing schools and basking in all of the awkward scenarios that go along with the middle school years. Exclusively listed as an e-book, this might be a good choice for kids who like that reading process better.

Another classic set of popular Christian books for kids, The Berenstain Bears series is a long-running one that covers many Biblical lessons with colorful and imaginative stories. Aimed at a slightly younger crowd, these books are a great way to teach kids about concepts like the Golden Rule. These books have been printed for nearly 60 years, but still find new readers every day. Even if your child isn’t a fan of reading, these short books will have them turning the page in record time.

Originally written over 300 years ago, John Bunyan’s “The Pilgrim’s Progress” is an allegory that shows the lifespan of a believer who is seeking the kingdom of Heaven. Similar to “The Lord of the Rings,” only a little more obvious in its comparisons, the story is one that has lasted through the ages because of its powerful imagery. In this updated 1950’s version by Helen Taylor, the language has been updated to fit a more modern era while keeping the storyline mostly intact. While there isn’t anything too bad in the book, some of the aspects may fly over a young child’s head. This might be in more of the 7+ age range.

Tales of the Kingdom

There are actually three books in this series: “Tales of the Kingdom,” “Tales of the Resistance,” and “Tales of the Restoration.” In each book you will find 12 stories that all work together in the same universe. The books and each of their short stories are all rather easy to get through, making them popular Christian books for kids to read each night. Like many of the entries on this list, the stories in these books are allegorical and teach positive attributes like friendship, kindness, humility, and more. If you do want to get these for the kids, we suggest the physical books, as the digital versions often don’t have the illustrations.

Written by Tim LaHaye and Jerry B. Jenkins, this 12-part series started in the mid-90’s. It follows a small group of people who are looking for answers during and after the Rapture. Although the main series has been very successful, those aren’t the books that we’re recommending here. There’s nothing wrong with them, but more kid-friendly versions exist. For starters, there is the “Left Behind: The Kids” series. Like the grown-up series, these books follow a group of believers who have come to know Christ after the Rapture. They are a little better for kids because the characters are mostly teens and the books are shorter. Following the same storyline and existing in the same universe as the other books, this series has several dozen installments. For kids who like comic books, you might be able to pick up the short lived graphic novel series too.

In Between (Katie Parker series)

For something a bit less apocalyptic, might we suggest the Katie Parker Production series? The first book is titled “In Between” and tells the story of a young girl who is sent to a foster family. Constantly acting out and looking to escape her new living situation, she learns to survive and trust others. Part of a 4-book series, “In Between” serves as some quality fiction for kids who are coming into a world they don’t fully understand. If you want to try it out, the Kindle version of this first book is actually listed for free on Amazon for the time being.

If you’ve ever listened to the music of Andrew Peterson, you know that the singer/songwriter has a gift for storytelling. While his music is usually more in the area of smalltown America, his book series has a much more fantastical setting. The Wingfeather Saga books follow three children in a distant land who are trying to understand their heritage as they face off against evil outside forces. You may want to get your hands on a physical copy because the illustrations and footnotes are much better in that format.

No matter what kinds of stories you and your family enjoy, these popular Christian books for kids offer a little variety that is sure to spice up your library. Reading is a great way to learn new things, expand your vocabulary, and take in a little adventure. While we don’t often recognize books for kids, the K-LOVE Fan Awards does award the books that are making an impact in the Christian community. On top of this, the annual event brings together the biggest names in music, film, and sports to deliver the ultimate fan experience. Find out how your family can be a part of the magic by clicking on the link below.