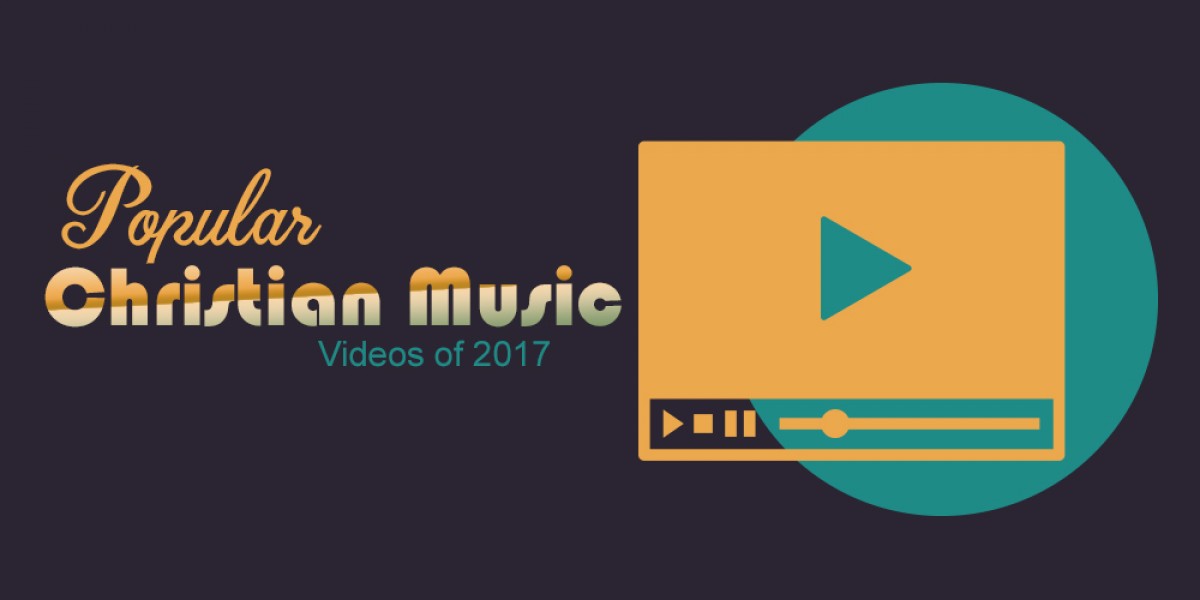 We’re pretty far removed from Needtobreathe’s 2016 album, “Hard Love,” but the band keeps releasing fresh takes on its title track featuring performers like Lauren Daigle and Andra Day. The latter is featured in this version of the hit song. The music video is a celebration of the mundane, daily grind that we all experience. It’s important to remember that God is with us through trials both great and small and that we are called to endure no matter what.

“Point to You” - We Are Messengers

Most people know We Are Messengers for the powerful song “Magnify,” but another track led the group to being on the list of 2017’s most popular Christian music videos. “Point to You” is all about the contrast between who we are in Christ and who our human side wants us to be. The transitions and life choices aren’t always smooth or understandable to the outside world, but they are transformative through the love and forgiveness of Christ. When people notice a change, we should point to God.

Have you ever felt burnt out in your spiritual life? Betrayed by someone in your religious community? We all have times when our relationship with the church isn’t what it should be. “Real Love” is a track that emphasizes that our relationship with Christ isn’t restricted to a building. While church is a beautiful, necessary thing, we should understand that our personal walk with Christ is bigger than just going to a worship service. Blanca kills the vocals in this song and the video is as intimate as its subject matter.

“Hills and Valleys” has been one of the top songs of the year, spending the better part of nine months on the Hot Christian Songs chart. Tauren Wells has also had a very good year due to the debut of his first full-length record, which has enjoyed its time in the sun as well. Like other songs on this list of popular Christian music videos, “Hills and Valleys” is an immensely personal one. That’s why we enjoy this acoustic video that strips things down and highlights Wells’ voice.

Another one of the year’s fastest rising stars, Micah Tyler was able to debut some new material as well. “Different” is the title track of the singer’s second album, released in October 2017. One of the reasons why this music video is so powerful is that it opens with Tyler sharing his inspiration for the song and how it has helped him with family struggles. It’s an incredibly moving track that reminds us that Christ is our only hope for true change.

“I Have This Hope” - Tenth Avenue North

If you’ve been following Christian music for longer than five minutes you’re well aware that some of the best music is made when searching for hope when you’re down in the pits. No matter what we are going through in life, we know that there is One who is watching over us and walking that path with us. Tenth Avenue North’s song recognizes the personal nature of God and how He stands with us and works every struggle toward our good.

By now just about everyone has heard “Chain Breaker” and added it to their of favorite Christian songs, but Zach Williams’ debut album has even more great hits to offer. Earlier this year the bearded frontman came out with “Old Church Choir,” a song that has quickly become one of the year’s best musical offerings. Full of joy and celebration, the video sells us on just how much of a change can be made when God blesses our lives.

“Even If” - MercyMe - Popular Christian Music Videos of 2017

While most of the entries on this list are proper music videos, we couldn’t help but include this lyric video from MercyMe. “Even If” is arguably the biggest Christian song of 2017, having sat on the Christian DIgital Song Sales chart for nearly a full calendar year. The lyric video presented below is also the most-watched video on this list of popular Christian music videos at over 26 million views. It’s a beautiful song that tells us it’s okay to hurt at times. Even in the dark periods when God seems distant, He is in control and He is worthy of praise. Our devotion to the Lord is not dictated by the result of our prayers.

The song that places second when it comes to most-watched Christ music videos on YouTube is this collaboration between Lecrae and Tori Kelly. We all need people in our lives that push us to be better and to fight harder when necessary. This song is about the bond that develops between us when we hold each other accountable and share our burdens. The video is especially moving as it shares the story of families with sick children and even features patients at St. Jude Children’s Research Hospital.

Matthew West has had plenty of popular Christian music videos over the years with songs like “Strong Enough” and “Do Something.” His latest song is the first single off of the 2017 album, “All In.” Similar to his song “Mended,” “Broken Things” is about having the right perspective on your past failures and decisions. No one is too far gone to receive grace and even the worst history can still be redeemed for a bright future. Instead of letting mistakes from the past keep you on the sidelines, discover how God can use those very decisions for His own glory.

Another well-established Christian singer put out a new album in the fall of 2017 and his name is Jeremy Camp. The artist debuted “Word of Life” months before the release of “The Answer,” serving as a great teaser for the album. The song stayed on the Christian Airplay charts for nearly seven months while the album itself has also performed well since the October release. Just as “Word of Life” is a celebratory song about the power God has placed within us, its music video sends a similar message with its vibrant lights and colors.

Anyone who grew up in the 70s and 80s can tell you that rock bands are pretty reliable when it comes to interesting music videos. Skillet may be one of the most popular Christian rock bands active today, but “Lions” is a little more tame than the group’s usual setlist. Like most of the band’s material, the song is about being bold and knowing who you are in Christ. The music video doesn’t offer much as its simply a lyric video, but the message of walking fearlessly and sharing your experience with others is still brought through just fine.

Similar to MercyMe’s “Even If,” this Casting Crowns song chronicles the fears that we all experience when going through trying circumstances. Life often comes at us in unexpected ways that catch us off guard. While we are all human and will have times of worry, sadness, or confusion, we can lay those concerns down at the feet of Jesus. We especially like the line “There’s a place where fear has to face the God you know.”

One thing that’s been missing from this list of popular Christian music videos is a strong worship song. Look no further because Kim Walker-Smith’s “Throne Room” is a powerhouse of a worship experience. Taken from her latest album, “By My Side,” the song is an explosion of praise and worship that will transform any day into an instant church service. The video delivers this same message by taking several people going about their normal days when they are suddenly compelled to pursue the One who is more real and intimate than anything we can imagine.

Fans are getting excited about Rend Collective’s soon to be released album, “Good News.” The first single from said album ushers in great expectations as it delivers everything that we know and love about the group. The music video pairs wonderfully with the song as it captures the joy of the gospel with the celebration of a parade or homecoming. Seriously, just watch the video below and tell us that it didn’t put a smile on your face or warmth in your heart.

See, there were plenty of popular Christian music videos in 2017! It’s been a great year in music that we’ll be sad to bid farewell, but there are only good things coming around the corner in 2018. The K-LOVE Fan Awards is all about celebrating the music that impacts the Christian community and connecting fans with the artists they love. If you want to enjoy the ultimate fan experience, click on the link below to see how you and your family can be a part of the year’s biggest event in Christian entertainment.