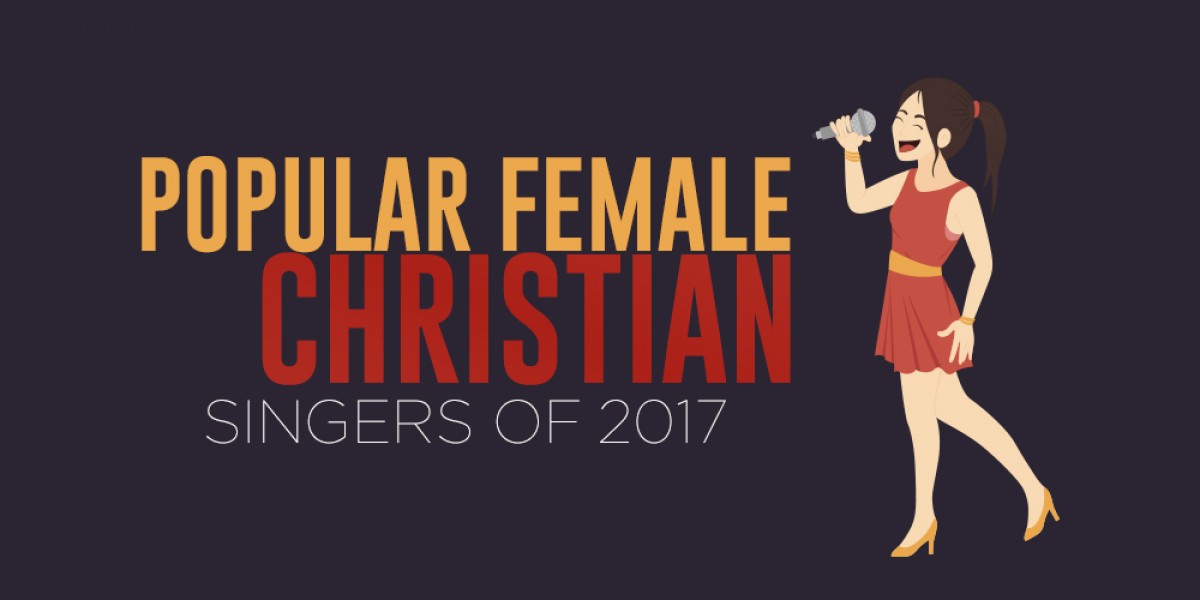 Some of the most popular songs of all time have reached that level due to the powerful voices of women. Christian music is fortunate enough to have several popular female Christian singers who deliver moving ballads and exciting pop numbers for all kinds of listeners. While there are so many popular female Christian singers we could list off, there are a few that had an exceptionally good year in 2017. Here are some of the standouts.

It’s been a little while since we’ve heard anything new from this encouraging songstress. Four years removed from the well-received “Overcomer” album, Mandisa made a grand return in 2017. Her first single, “Unfinished,” was a heartfelt anthem adopted by many listeners as a personal declaration of resting in God’s ability to perfect us through our weaknesses. Since the success of that single, “Out of the Dark” has had a series of good fortune which led to 26 weeks on the Top Christian Albums chart.

Kari Jobe gave birth to a son last year, but the singer is back to business in 2017, releasing “The Garden” almost a year to the day after little Canyon’s arrival. The singer has long been known for her voice’s ability to move listeners and inspire a time of worship. Songs like “Forever,” “I Am Not Alone,” and “Revelation Song” have a built a legacy for the singer’s latest release to build from. “The Garden” spent multiple weeks on the Billboard 200 list and the title song enjoyed its own time of recognition as well.

Ellie Holcomb is a singer/songwriter whose Christian music career spawned after building a following as part of her husband, Drew’s, own musical act. 2017 saw the release of Holcomb’s second studio album, “Red Sea Road.” Like the biblical story that it references, the album is one of hope and faith overcoming fear to find the identity with which God has graced all who call upon His name. The album’s title track and “Find You Here” both connected with audiences, making Ellie Holcomb one of the most popular female Christian singers of the year.

After a series of appearances with TobyMac and a successful EP in 2015, this young singer was gearing up for an important year in 2017. Around the same time that Kari Jobe was releasing “The Garden,” Hollyn put out her full-length debut, “One-Way Conversations.” The album found two powerful singles in “Can’t Live Without” and “In Awe,” which helped it sit on the Top Christian Albums chart for 21 weeks. The singer will celebrate her 21st birthday in early 2018, meaning she still has plenty of music left in her.

It would be difficult to keep this talented singer off of the list of the most popular female Christian singers of 2017. Lauren Daigle’s debut album was released in 2015, but you can still find it on the bestsellers chart 140+ weeks later. “How Can It Be” is one of the biggest successes in Christian music over the last several years, not only for how well it’s sold but due to the number of chart-topping singles it has produced. In 2017, Daigle had a fifth hit song from the record in “O’Lord” and her Christmas album, “Behold,” continues to be a holiday favorite.

Kim Walker-Smith is one of the several popular female Christian singers who has enjoyed success in more than one musical capacity. In years past her work with Jesus Culture has been greatly received by listeners and the singer has also been a part of the ministry at Bethel Church. Though her music has been popular in the past, it was great to see the singer’s first solo album in years become a hit record. One of the biggest highlights from “On My Side” is the powerful “Throne Room.”

Although we have many familiar names on this list of popular female Christian singers, it’s always great to find new talent that resonates with the believing audience. Like many singers before her, Jasmine Murray got her first taste of music stardom during a run on “American Idol.” While she didn’t immediately go on to fame and fortune, Murray has found a following in the Christian community upon the release of “Fearless” at the beginning of 2017. She has since put out her first EP and a Christmas song titled “For God So Loved.”

Francesca Battistelli is another one of the popular female Christian singers who has recently taken some time off for family, but we can’t ignore just how much fans love her music. It’s been since 2014’s “If We’re Honest” that we’ve last heard a new album, but she did release a greatest hits collection in 2017 to celebrate 10 years in the business. You can also hear her on two tracks from Bethel Music’s album, “Starlight,” which came out earlier this year.

Like Kim Walker-Smith and Ellie Holcomb, Blanca made her way into the industry as part of another group. After spending the better part of 10 years with Group 1 Crew, she released her first solo album in 2015. That record peaked at #7 on the Top Christian Albums chart and produced the hit songs “Different Drum” and “Not Backing Down.” This year she returned with a new EP titled “Real Love” which has a captivating title track that everybody should be feeling.

Some of the most popular female Christian singers of the year are brand new to the scene like Mallary Hope. The artist got a taste of the country music life a few years back but her sound has landed in a more spiritual arena as of late. Her single, “Now,” was one of the hottest songs of the summer. That led the way to her first recording, a 7-song, self-titled album released in November. We’ll soon find out what’s in store for this twangy singer, but this has been a good year for new beginnings.

We’ll end the list of popular female Christian singers with a well-established artist who just put out a new Christmas album in 2017. Meredith Andrews has lent her vocal talents to groups like Vertical Church Band over the years, but she is mostly known for a strong solo career that has produced amazing songs like “You’re Not Alone” and “Not For a Moment.” The holiday record, “Receive Our King,” is a nice mix of worship and Christmas spirit that follows closely after the singer’s previous release, “Deeper,” which came out just over a year and a half ago.

Christian music is blessed to have these women and so many others who are consistently making beautiful songs that glorify the Lord and inspire us to walk closely with Him. This has been another wonderful year for the genre and these popular female Christian singers share much of the credit. Here’s to hoping for an ever better 2018!

At the K-LOVE Fan Awards we love to connect fans with the artists who supply their daily routine with God-honoring music, films, and books. Featuring unparalleled access and spectacular live shows, it is the ultimate fan experience. Click on the link below to find out how you and your family can attend.