Popular Hymn Writers of the 1700s: Worship Through History 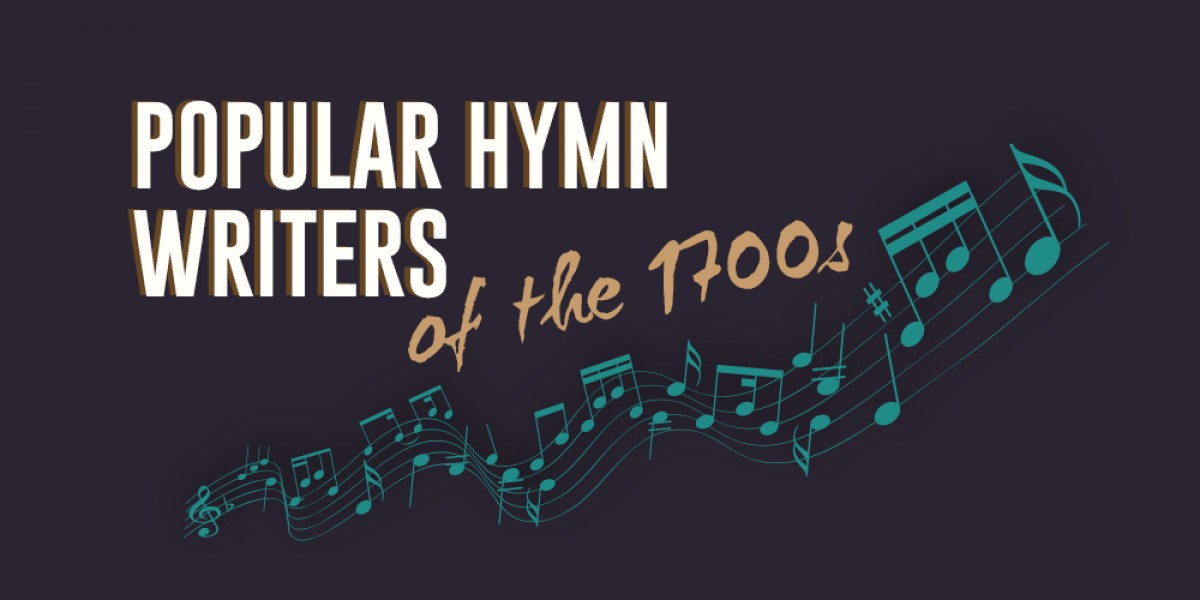 Today’s Christian music can be sent across the country faster than you can blink, but many of the hymns of old have been able to survive centuries without the benefit of computers and recording studios. We can go back and forth arguing over which is better, but each has a place in our collection of favorite music. The popular hymn writers of the 1700s paved the way for today’s music by crafting lyrics that honor the Lord and writing from a place of passionate worship. Many of these writers have faded into obscurity over the years but we’ve compiled a list of many of the popular hymn writers of the 1700s. Take a look and see which of your favorite hymns fall into this time period.

The author of one of the great Easter hymns, “When I Survey the Wondrous Cross,” Isaac Watts is among the most popular hymn writers of the 1700s. Many of Watts’ famous works were written around the beginning of the 18th century as his later years were afflicted with sickness that made it difficult to write. Over 100 years after his death, the writer’s aforementioned hymn led a young woman named Fanny Crosby to give her life to Christ. She would go on to write many inspirational works of her own. Though he wrote a few hundred more worship songs, his other famous contributions are “Joy to the World,” “Alas! and Did My Savior Bleed?,” and “O God Our Help in Ages Past.”

Another famous name among the popular hymn writers of the 1700s is that of John Newton. He is mostly known for the sharp turn his life took from working on a slave ship to becoming a preacher who fought against slavery. Along this journey he wrote many hymns, including “Amazing Grace.” Newton lived a rough, confusing life through his early years but he finished the race strong by giving the next 40+ years to the Lord. Through his ministry as both a hymn writer and preacher, his influence has been felt by millions of people for over 200 years.

As the son of a preacher, Samuel Stennett didn’t have much choice when it came time to pick a profession. Stennett eventually took over his father’s church and stayed there for the next several decades. During his time as a minister, he fought for the religious rights of those who did not belong to the Church of England. While he was not as prolific a hymn writer as some others on this list, Stennett did provide us with the classic song “On Jordan’s Stormy Banks I Stand.”

While some popular hymn writers and preachers take the John Newton approach of coming to Christ later in life, others seem to be on fire for the Lord straight from the delivery room. Augustus Toplady was barely a teenager when he began to preach and write hymns. Among his most famous works is the traditional Christian hymn “Rock of Ages.” Though he did much with the years he had on this earth (including taking a strong adversarial stance against John Wesley), Toplady tragically passed away at the young age of 38.

Tossed around from home to home as a child, Robert Robinson’s early life ended up about where you’d expect. As a teenager, he lived a worldly life that was full of alcohol and friendships with unsavory characters. Upon attending a sermon by the iconic George Whitefield, however, his heart was steered toward Christ. While serving as a young adult in the ministry, Robinson penned a hymn that is still popular centuries later, “Come Thou Fount of Every Blessing.” The hymn’s lyrics are full of references to the sinfulness of man and the power of God’s grace, themes which reflect the young life of one of the most popular hymn writers of the 1700s.

The Wesley name is one highly revered in modern Christianity and for good reason. Charles and John Wesley made great contributions to the Christian movement, among which are the thousands of hymns written by Charles. Raised by Godly parents, Charles Wesley went into the ministry before he even fully understood his own faith. After experiencing failure on the mission field, he returned home and found a new fervor for his faith that led to passionate teaching and a seemingly never-ending supply of hymns to write. Among his many famous hymns are “Christ the Lord is Risen Today,” “Hark! the Herald Angels Sing,” and “Jesus, Lover of My Soul.” Wesley is known for never wanting his hymns to be republished with the words having been altered, but some of those most famous today were helped by later changes. No matter how the words turned out, Wesley is easily one of the most popular hymn writers of the 1700s.

During certain periods of spiritual awakening, you’ll notice that many of the famous Christian voices of the past knew one another and belonged to the same movement. Edward Perronet was an English hymn writer who had fond relationship with the Wesley brothers until theological differences rendered the friendship void. Despite this loss, Perronet was a capable preacher and hymn writer who delivered one of the most popular hymns of all time, “All Hail the Power of Jesus Name.”

Like Robert Robinson, William Cowper’s life started out with great tragedy, as most of his family passed away before he had reached the age of six. This began a long cycle of depression and other mental conditions that were exacerbated by bullying as a child and the pressure of work as an adult. Along the way he was helped by the kindness of fellow believers and the hymns that he wrote. One such friend that he made was the pastor and hymn writer John Newton. Though his mental issues came back from time to time, Cowper was able to face them. His most famous hymn is “There is a Fountain.”

Often referred to as William Williams Pantycelyn, the last of our popular hymn writers of the 1700s is considered the greatest of his profession to come Wales. This led to the nickname the “Watts of Wales,” in reference to Isaac Watts. Williams was a promising medical student before he came to Christ, but upon his conversion he pledged his life to the Lord’s service. His hymns may be why we are discussing him today, but his service as a preacher was just as admirable. He went from town to town sharing whatever message the Lord had given him, sometimes sharing with crowds well over 10,000 people. Between thousands of miles of travel and the conditions of the day, you could say that Williams gave everything in service to his ministry. His most famous hymn, “Guide Me, O Thou Great Jehovah,” is a plea for strength and direction that we can assume the writer often made to the Lord.

These are but a few of the most popular hymn writers of the 1700s. Many of them also contributed to the common faith through preaching, writing textbooks, and voicing political concerns. Although they come from a variety of different backgrounds and hold to varying theologies, each writer has played a role in bringing Christian music to where it is today. At the K-LOVE Fan Awards, we recognize the many achievements in Christian media and all of those who are making in the community through music, film, sports, and books. Find out how your family can attend this annual show that brings together the biggest names for the ultimate fan experience by clicking below.