Popular Praise and Worship Songs of the '90s 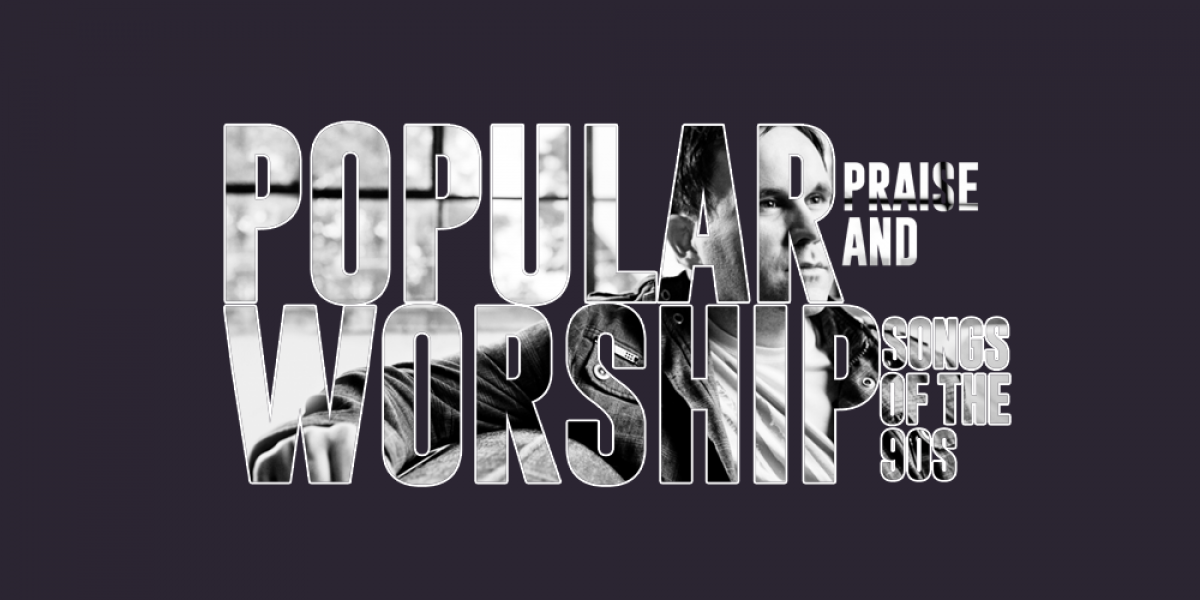 As the 20th century came to a close, Christian music took on a whole new life as classic hymns met the music of a modern era. After the ‘90s came a new worship movement with artists like Chris Tomlin and Casting Crowns turning out mega hits. The ‘90s themselves offered a mixture of classic Christian songs reminiscent of decades past as well as new sounds that came with the changing tide of the industry. While not including every big song from the decade, listed below are some of the popular praise and worship songs from those years.

“You Are My All in All” - Dennis Jernigan

As the title suggests, this is a worship song that declares the Lord as our sole provision. It says that every good thing that we do, every ounce of strength we can muster, and the very thing our heart desires all come back to God. Written by Dennis Jernigan, this is one of the most popular praise and worship songs of the ‘90s and it continues to be a great throwback song today. Here’s just one of the great covers for the song.

“The Heart of Worship” - Matt Redman

Around the turn of the century, Matt Redman was a blossoming singer-songwriter who had potential to be a great worship leader. “The Heart of Worship” is a pure acoustic worship song that is simple and contains a wealth of emotion and passion. So often, many of us feel that we are treating our beliefs as any other hobby or duty to fulfill. Songs like this one take hold of us and remind us that there this is more to our faith than just scratching items off of a to-do list. This is the title track to Redman’s second album. We’ll look into his debut album a little further down, as it contains a few gems of its own.

“I Could Sing of Your Love Forever” - Delirious?

Delirious? was one of the best worship bands of the ‘90s. Putting out a number of live albums and studio work in that decade and the following one, these British rockers released several popular praise and worship songs. Some more great songs to check out are “Shout to the North,” “Did You Feel the Mountains Tremble?,” and “Majesty.”

“I Could Sing of Your Love Forever” is a modern classic that is melodic and inspires a great worshipful tone. There’s another great version of the song performed by Sonicflood, but we’ll hear more about them later on down this list.

“Shout to the Lord” - Hillsong

Before Hillsong was a worldwide sensation, the worship movement was mostly limited to their home country of Australia. One of the first songs to make it big internationally was “Shout to the Lord.” Originally performed by Darlene Zschech, the song became a popular worship anthem in the mid-to-late ‘90s. Here’s Zschech performing the song, as well as “Agnus Dei,” with Michael W. Smith a few years ago.

“Lord, I Lift Your Name on High” - Rick Founds

We’re cheating a little here because this song is actually from 1989, but you can’t deny that this was one of the most popular praise and worship songs of the ‘90s. “Lord, I Lift Your Name on High” is a simple, upbeat worship track that works great on a Sunday morning with a good choir. The song was covered by a number of popular artists from the early ‘90s like Carman and Petra. Even if you weren’t listening to Christian music in this decade, there’s a good chance you’ve heard the song at a VBS or youth group.

“You’re Worthy of My Praise” - Passion

Coming in at the end of the ‘90s, “You’re Worthy of My Praise” is another one of those upbeat worship songs that has seen its fair share of youth groups. Written as one of Passion’s early hit songs, “You’re Worthy of My Praise” joins other turn-of-the-century worship anthems from the group like “You Alone” and Chris Tomlin’s “We Fall Down.” The song caught its second wind when it was covered by both Jeremy Camp and Big Daddy Weave.

“Better is One Day” - Matt Redman

Popping back up on the list of popular praise and worship songs of the ‘90s is Matt Redman with “Better is One Day.” Back in 1998, Redman broke onto the worship scene with his debut album, “The Friendship and the Fear.” Featuring this song as well as his popular “Once Again,” the album was a big introduction to the industry. The singer-songwriter is a popular face from the Passion conferences where he has been able to share his music in front of packed arenas. “Better is One Day” was even picked up as a theme for Passion events around 2000.

“Open the Eyes of My Heart” - Paul Baloche

Paul Baloche’s simple call to worship has been covered by a number of great artists. Sonicflood and Michael W. Smith both have great renditions of the song that amplified “Open the Eyes of My Heart” to be one of the most popular praise and worship songs of the ‘90s (and the ‘00s). If you want a version of the song that’s got a little twang, Randy Travis also covered it on his “Worship & Faith” album. Here’s the original artist performing the song a few years back.

If most worship songs are a little too slow for you, then Darrell Evans’ “Trading My Sorrows” should be just the right pick-me-up. This song from the 1998 album, “Freedom,”  is a fun worship song that empowers believers with the chorus “I’m trading my sorrows / I’m trading my shame / I’m laying them down for the joy of the Lord.” Over a decade after the song came out, you can see how much Evans enjoys singing the song in the video below.

“You Are My King (Amazing Love)” - Passion

One song from Passion that we didn’t mention before is “You Are My King (Amazing Love).” Covered by just about everyone in the industry, you can find a couple of great versions from Newsboys and Phillips, Craig, and Dean. The song is versatile in that it works well slowed down with a choir just as well as when a band like Newsboys gives it a bigger sound. “You Are My King (Amazing Love)” is written by Billy Foote who also penned “I Have a River” and a number of other Christian songs.

“I Love You Lord” is one of the simplest and sweetest worship songs from the ‘90s. Written by Laurie Klein in a time of loneliness, the song breaks worship down to the most basic of thoughts. If you ever sing this song acoustic or acapella in your church, it can be quite powerful. The simplicity of this song also makes it timeless. In fact, the musicians over at Hillsong Young & Free just released a video using the song. Here it is below.

“I Want to Know You” - Sonicflood

Let’s wrap this list up with a really upbeat worship song. Sonicflood released its debut album in 1999. The self-titled recording features some great Christian songs, most noticeably “I Could Sing of Your Love Forever” and “Open the Eyes of My Heart.” While the alt-rock worship album has a number of highlights, “I Want to Know You” had the biggest impact of them all.

There have been dozens, if not hundreds, of popular praise and worship songs that have shaped the lives of countless Christians. Aside from prayer and daily Bible reading, listening to Christ-honoring music is one of the best things you can do to impact your day. At the K-LOVE Fan Awards, we take time each year to celebrate the artists and entertainers who are making the biggest contributions to Christian entertainment. With one-of-a-kind performances and a fun-filled weekend, the K-LOVE Fan Awards is the ultimate fan experience. Find out how your family can attend by clicking on the icon below.