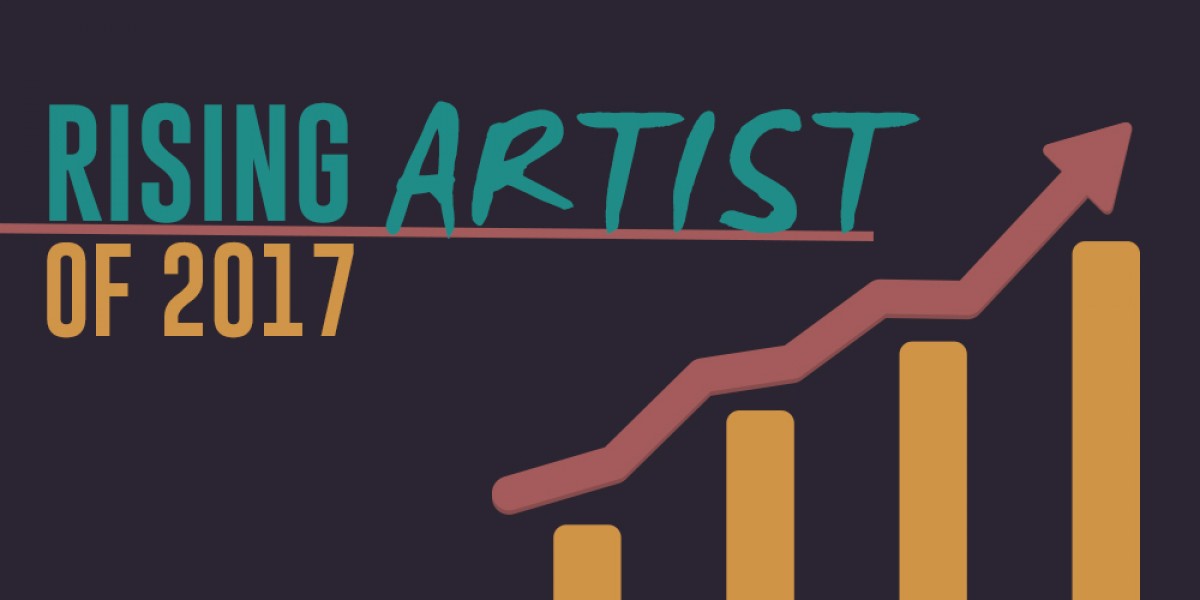 Whether you’re listening to your local K-LOVE radio station or a playlist of your own, it’s always great to find new and exciting music that fuels you through the day. As the Christian genre expands and technology opens the door for new opportunities, there are many rising Christian musicians who are making themselves known. While there are varying degrees of “making it,” here are a few rising Christian musicians who are having a great year so far.

Earlier this year Wells made a grand entrance with the hit single “Hills and Valleys.” The singer isn’t exactly a newcomer to Christian music, though. After spending a few years singing lead for Royal Tailor, Tauren Wells was ready to make his solo debut. He put out a promising EP in fall 2016 that led to his first full-length album in the summer of 2017. Aside from the previously mentioned hit, Wells is best known for the songs “Love is Action” and “Known.” Blending softer ballads with upbeat dance music, the singer’s debut album marks a career worth watching.

If you want to listen to an excellent worship album that has been a little under the radar since its late 2016 release, check out Anna Golden’s EP “Take Me There.” Though it’s only six songs, this collection offers an atmospheric half hour of worship that you’re not likely to forget. After kicking off with a powerful opening title track, Golden’s debut EP keeps the momentum going with tracks like “Changing Me” and “Yours Forever.” If you’re looking for rising Christian musicians to watch, get in on the ground floor with this artist.

Micah Tyler has spent the last few years covering popular Christian songs and making funny songs about millennials, but this past year is when he started gaining traction as a Christian artist. His first big hit came with the song “Never Been a Moment.” With that successful song came Tyler’s EP, “Different,” in November of last year. It’s been a slow road for Micah Tyler, but the artist has had a lot of momentum lately between his music and his more comedic work. He’s one of the fastest rising Christian musicians of 2017.

Just when you think you’ve seen all of the Christian singers to come from “American Idol,” another talented voice pops out. Jasmine Murray was a contestant on season 8 of the reality singing competition but, like many other popular Christian vocalists, she didn’t immediately step into fame and glory. Working with songwriters and crafting her voice, Murray has come full circle for her second big shot as a musician. Her first hit, “Fearless,” has been on the Christian Airplay chart for the better part of six months. Though the young singer hasn’t recorded a full-length debut yet, she is one of the most popular rising Christian musicians in the industry today.

Another up-and-coming singer in Christian music is David Dunn, who released his second album, “Yellow Balloons,” in February of this year. When it came time for Dunn to pursue a music career, he went on the other big singing competition, NBC’s “The Voice.” A few years later, the singer was putting out his debut EP, “Crystal Clear.” His newest album features the popular song “I Wanna Go Back” and discusses several aspects of his family and childhood experience.

One of the most well-known artists on this list, Hollyn has already accomplished a lot in her 20 years on this earth. After teaming up with TobyMac for songs like “Backseat Driver” and going on tour together, the time is coming for the young singer to stand on her own legs. If her first full-length album is any sign, that shouldn’t be a problem. Featuring hit songs “Can’t Live Without,” “Love With Your Life,” and “In Awe,” Hollyn’s latest shows that she has no plans for slowing down.

Speaking of 20-year-old singers, Hannah Kerr is another of the rising Christian musicians looking to make a mark on the industry. Kerr released her debut album “Overflow,” last fall after a successful EP came out the year prior. The album’s title comes from the idea of giving back to God the abundant blessings that He has given us. Songs like “Undivided” and “Radiate” certainly give off that impression. The album also has a positive anthem in “Warrior” that is the kind of empowering anthem you’d expect from big acts like Britt Nicole or Mandisa.

Debuting at number two on the Top Christian Albums chart, Josh Baldwin’s latest album shows that the Bethel singer is starting to gain traction as a solo artist. A sort of singer/songwriter worship album, “The War is Over” is the third album from Baldwin and the best received thus far. A few of the album’s highlights are “Get Your Hopes Up” and “The War is Over.” The market for worship albums may be a little crowded now, but we’ll see if Baldwin has what it takes to stay an impactful member of the Christian music scene.

If you thought we couldn’t fit one more reality contestant onto the list of rising Christian musicians, get ready to be proven wrong. Koryn Hawthorne made a name for herself by becoming a finalist on season eight of “The Voice.” Like many other names on this list, Hawthorne is also quite young (19 going on 20) to have already made it this far. Her first solo EP just released this month, so we’ll have to wait and see how far this singer rises.

Another of the rising Christian musicians to have just released a big recording is the guys over at Rise and Run. Their first full-length album, “Isaac,” came out this past July and sparked interest with listeners eager to find the next big thing. The group does some covers of popular songs on their YouTube page, including the MercyMe favorite “Even If.” Check it out below.

Now that you know who the rising Christian musicians of 2017 are, it’s time to find some new favorite songs to add to your collection. The K-LOVE Fan Awards is all about connecting fans with the latest and greatest in Christian entertainment. That’s why we come together each year to showcase the biggest acts in the industry and let the fans meet some of their favorite artists. Find out how you and your family can be a part of it all by clicking on the link below.