Single Women in the Bible: Called to God's Purpose 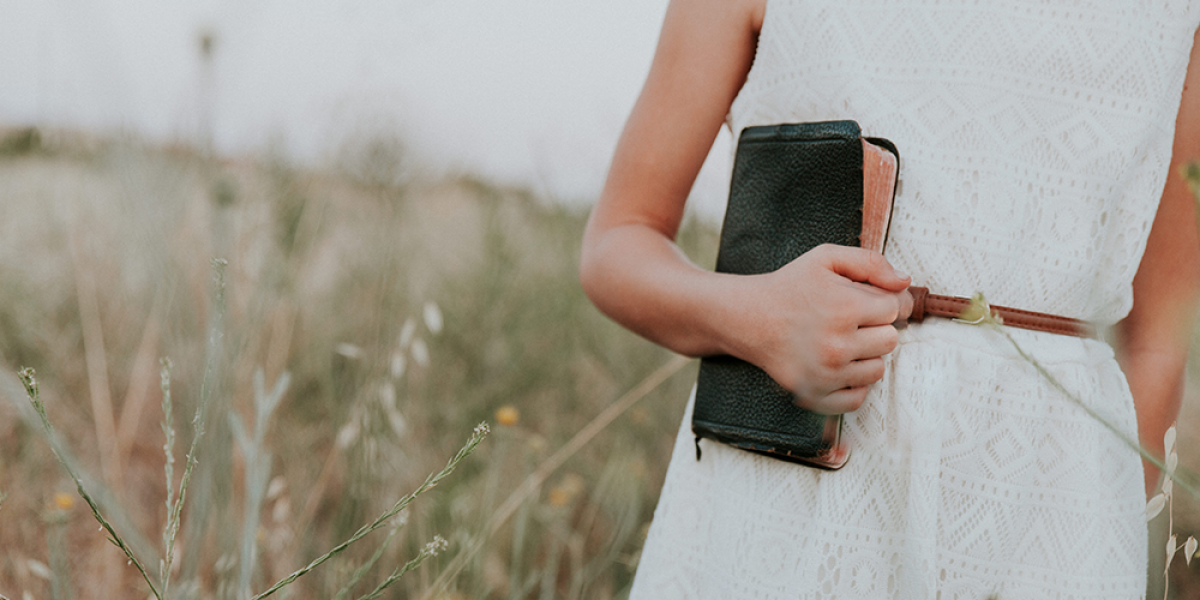 For a long time, single people have felt somewhat displaced in the modern church where families are typically given top priority. There have been many wonderful things written about marriage and what it means to a Christian, but the truth is that God has a plan for single people as well. Whether that relationship status is temporary or not, God wants to be a part of our stories in the single adult years as much as any other time in our lives. If you don’t believe us, look at all of the references to single women in the Bible. From leaders in the church to those who play a small part in a larger story, God used single women in the Bible very similar to their married counterparts. Let’s look at some of the most iconic women of the Bible.

You make think that Esther’s story is all about being queen to a king and thus she is not really one of the famous single women in the Bible, but her story begins as a beautiful young lady. Long before she courageously stood up for the lives of her people, Esther was a girl who lost both her father and mother. She only had her uncle Mordecai to look out for her. As an unmarried Jewish woman in a time where such a description was not popular, she was chosen by God to save His people. One of the many lessons to learn from the story of Esther is that God can use us no matter what, so long as we answer when He calls.

Like a few others on this list, we may never know for certain if Rahab was married at some point since the Bible only touches on a brief passage of time in her life. However the harlot of Jericho who hid the Israelite spies begs for the lives of her father, mother, brothers, sisters, and extended family in return. She makes no mention of a husband or children from what we read. As a single women in the Bible, especially one who labors as a harlot, Rahab is a remarkable example of God using whomever He wishes to accomplish His will. Upon encountering the spies, she recognizes that their God is powerful and unstoppable. She forsakes her own people for the chance to join the people whose God is worthy to be praised. For this, her family is spared and she is even celebrated in Hebrews 11 with heroes of the faith like Abraham and Moses.

Throughout the ministry of Jesus we meet a number of single women in the Bible, one of whom we’ll talk further on. Mary Magdalene is talked about in all four of the gospels, making her one of the most memorable people whom Jesus encounters. From the accounts of Luke we know that Mary had been tormented by seven demons until Jesus came along and freed her from her burden. She was one of the many people who followed Jesus after experience healing, but unlike others, her devotion endured His own death. She is obedient to the point of ministering to Him and His loved ones after His burial. We should all act accordingly following Christ’s work in our lives.

The bulk of Ruth’s story in the Old Testament has to do with her romance with Boaz, but as a foreign widow who perseveres and seeks God’s favor, she is one of the most important single women in the Bible. Ruth and Naomi, her mother-in-law, both become widows much earlier than they imagined. They could have easily given to despair (The latter even wishes to change her name to mean “bitter.”), however they trust God to protect the family’s future. Ruth’s faith is answered with Boaz’ proposal, which ultimately leads to the birth of Christ within their bloodline. What a legacy!

Anna - Single Women in the Bible

The second half of our list of single women in the Bible has a few names that only briefly appear in the New Testament, but their lives served an important purpose. Near the end of Luke 2 we meet a prophetess named Anna. Having married at an early age, Anna lost her husband only seven years later and never remarried. As Mary and Joseph brought the baby Jesus to the temple, they encountered the 84-year-old Anna who praised God when she saw the child. We don’t know much about her, but the old woman is considered one devoted to God during a time when many were not so pious. Her role is to proclaim the arrival of the Messiah much as John the Baptist would later do when it was time for His ministry to begin.

The sister of Mary and Lazarus, Martha comes into play during the story of Jesus on three separate occasions. The first is when Jesus visits her and Mary and the second is when Jesus raises Lazarus from the dead. John 12 also mentions a meal where Martha is serving Jesus and the disciples shortly before the Passover. On each occasion we see that Martha has a servant’s heart and is a loving person to both her family and friends. Mary, her sister, is also one of the impressive single women in the Bible. Each shows different ways in which one can serve the Lord and others.

Can you imagine being of use to God after you are already dead? Dorcas (or Tabitha in another language) was a Christian woman whom Peter met at the end of Acts 9. Though she is dead by the time Peter reaches her, Dorcas had lived an amazing life of service up until her passing. Whether it was to display the power of God or to help the church at Joppa or a number of other reasons, God chose to use Peter to save the life of Dorcas. Not only is she a testament to the power of Christ, Dorcas also lived a full life of kindness and charity. We should be so blessed as to have as much of a memorial after our passing!

The story of the early church in Acts is something special to behold. We witness God moving in amazing ways as the gospel spreads from country to country. One part of this story involves a woman named Lydia. We do not quite know the marital status of Lydia, but many believe her to be a widow based on her work and home life. She was a woman who followed the Lord and solidified her faith in Christ upon Paul’s preaching in the area of Philippi. Once she became a Christian (the first to do so in all of Europe), she immediately called for her whole household to know the Lord as well. From that day onward Lydia is known as someone who serves the church and gladly welcomes people into her home.

The Widow of Zarephath

The last of the single women in the Bible on our list is an unnamed widow who interacted with the prophet Elijah in 1 Kings 17. During a drought, God told Elijah to travel to Zarephath so that a widow could feed and take care of him. Upon his arrival, he asks the widow for food and she informs him that she is using the last of her resources to make her and her son a final meal before they die. When Elijah tells her that God will provide, she believes him and the result is that God stretches her oil and flour to last as long as the drought. Later her son also falls gravely ill and Elijah is able to heal him. We may not know the widow’s name, but her obedience to God and willingness to help His prophet led to amazing rewards.

Truth be told, these are only a few of the single women in the Bible. This is partly due to the fact that we don’t know the marital status of every individual written about in God’s word. One of the lessons we can take away from these stories is that God can use you no matter what your personal life looks like. Your time as a single person may be short-lived or you may never marry. No matter what, you are still of value in God’s kingdom.

The K-LOVE Fan Awards is an event unlike any other that showcases the best in Christian entertainment for the ultimate fan experience. Featuring your favorite Christian musicians, films, authors, and athletes, it’s a party you won’t want to miss. Find out how you can attend by clicking on the link below.