Top Christian Movies of 2017: Faith on the Silver Screen 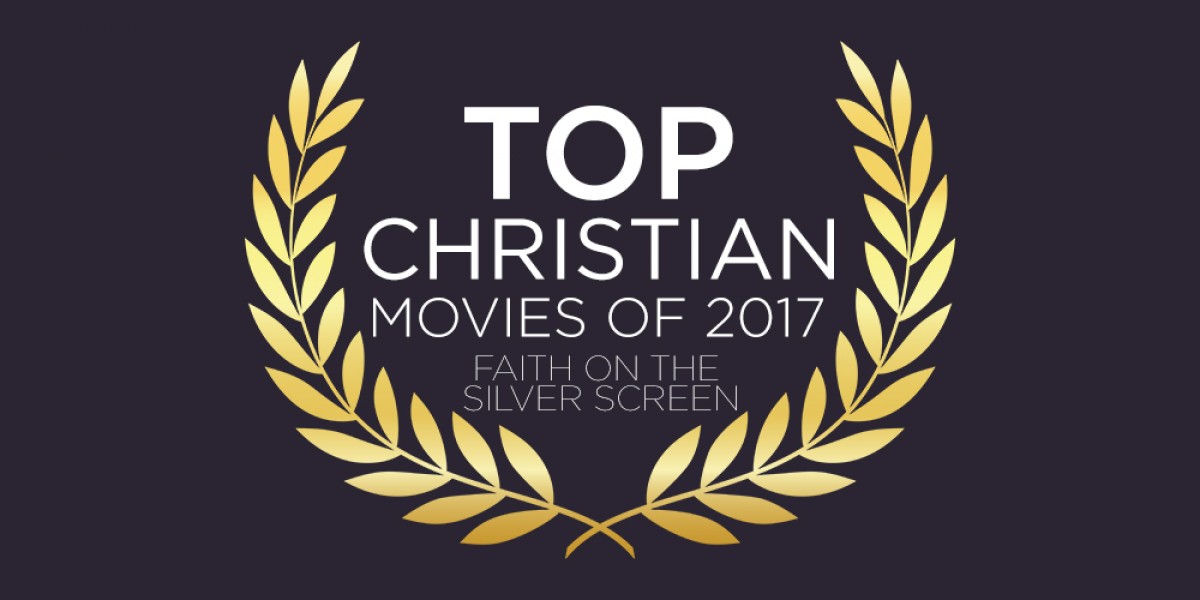 As the years roll on, Christian filmmakers are finding it easier to produce theater-quality films that share the truth of the Bible while also telling a compelling story. Recent hits like “War Room” and “God’s Not Dead” show that Christian audiences are hungry for films that highlight and share their values. 2017 brought with it several religious films that told a variety of stories. Some were true accounts, others based on books, but all shared the power of belief and warmed our hearts. Here are the top Christian movies of 2017:

Imagine starting out in your ministry and being handed a church that only has a dozen members and is built on land that is soon to be sold. That’s the situation for one pastor (John Corbett) who moves to a small community. Instead of merely showing up on Sundays and assisting with the transition, the pastor receives a message from God saying that he needs to use the land to grow crops and reinvigorate the community. “All Saints” scored a 93% from critics and a 78% from audiences according to Rotten Tomatoes, both of which are pretty strong for a film of its kind. It also earned nearly $6 million off of a reported budget of $2 million, so it was more successful than most secular indie films. The story touches on everything from faith to immigration and presents a tough moral choice for audiences to consider. Featuring supporting roles for Barry Corbin, David Keith, and Chonda Pierce, it’s a heartwarming movie that everyone will enjoy.

As many of us can attest from our own lives, God often works in the darkest of hours. “A Question of Faith” is a Christian film that weaves together the stories of three very different families as they each face a crisis. A pastor is on the verge of taking over the senior role in his father’s church when his son is hit by a car driven by a teenage girl who was texting. At the same time a young girl is hoping to sign a recording contract when she mysteriously falls ill and faces an unfavorable diagnosis. Through the course of the film, each family decides what truly matters to them and how their faith will guide their paths. Audiences scored the film at 84% and it was able to earn a fair amount of money at the box office. It’s a powerful film with an uplifting message that will remind of the amazing ways in which God works. You’ll also get to see Christian singer Jaci Velasquez in a prominent acting role as well as veteran actors Kim Fields and C. Thomas Howell.

The journey to placing our faith in Christ is a little different for everyone. Some of us were brought to church as children while others come to know the Lord through a traumatic incident. For Lee Strobel it began as an investigation while he was working as a reporter. The film follows the process by which Strobel came to view Christianity as a verifiable fact. Judging by the premise of the film, you would expect for secular critics to absolutely hate. However, the majority of professional film reviewers thought it was good despite not agreeing with the conclusion. The film earned a 55% from reviewers and an 80% from the audience. Box office results were also good as the film took in over $17 million on a reported budget of roughly $5 million. The film starred Mike Vogel as Lee Strobel and featured performances from a pair of well-seasoned actors in Faye Dunaway and Robert Forster. Further solidifying it as one of the top Christian movies of the year, “The Case for Christ” also won the Film Impact Award at the 2017 K-LOVE Fan Awards. Who knows, maybe we’ll see the rest of Lee Strobel’s books on the big screen soon.

“Same Kind of Different As Me”

When we choose to make an impact on someone’s life, it often results in a change being made in our own life. That is the case for Ron Hall (Greg Kinnear), an art dealer who takes an interest in a homeless man (Djimon Hounsou) at the request of his wife (Renee Zellweger). After a series of dreams tell her that she’s going to meet a man who will change people’s lives, Deborah (Zellweger) sees the very same man at the homeless shelter where she is serving. What happens next changes the story of everyone who comes into contact with the stranger. This film came out in October 2017 (still in theaters at the time of this post) and is the first one on this list that could use a little more revenue. Time will tell if “Same Kind of Different As Me” is profitable, but the film’s relatively big budget puts it in a larger hole than the other entries here. It currently holds a 93% favorable rating from audiences and has the most Oscar-nominated actors of any film on this list of top Christian movies, so we’ll see if word spreads in the coming weeks.

“The Resurrection of Gavin Stone”

We all love a good redemption story. God can take the craziest, most lost people in the world and use them for His kingdom. In this film, Gavin Stone (Brett Dalton) is a former child star who finds himself stuck in community service after his most recent arrest. Instead of jail time, he has to work at a church doing janitorial and maintenance work. That is, until he discovers that the church is putting on a play and volunteers his acting services. As Gavin learns more about faith in Jesus Christ, he finds a new side of himself beginning to surface. This was the first of the year’s top Christian movies, having been released in January. The film features a lot of familiar faces in Dalton (“Agents of S.H.I.E.L.D.”), Anjelah Johnson-Reyes (“MADtv”), Neil Flynn (“Scrubs” and “The Middle”), and former pro wrestler Shawn Michaels.

“Let There Be Light”

The most recently released of the top Christian movies this year is the Kevin Sorbo-led “Let There Be Light.” Taking his character from “God’s Not Dead” just a step further, Sorbo plays a renowned atheist who shares his rejection of God through the story of losing his own son. After an episode of drinking and driving, his character has a near-death experience where he sees and hears his dead child. This causes him to start asking questions he never thought he’d be exploring. The film earned roughly $2 million in its opening weekend and has an audience score of 84%

We can celebrate the good news with this batch of top Christian movies, that none of them are noticeable flops. This further proves the idea that Christian audiences want to see stories that share their problems and reflect their beliefs. Let’s hope that the trend continues and even more faith-filled movies hit the screen soon.

The K-LOVE Fan Awards is all about rewarding the films, artists, athletes and authors who are making an impact in the Christian community. This annual event features the biggest names and the most jaw-dropping performances. Find out how your family can be a part of the ultimate fan experience by clicking on the link below.